They say that gambling is as old as civilization itself. In its long history players and casino runners have come up with a lot of expressions regarding games or actions that are not common currency in our everyday language.

In this article you’ll learn some of the most popular casino slang so you are ready next time you talk or chat with a gambling fanatic.

Action: The amount of money wagered (put into action) by a player during an entire playing session.  Example: How much action did you put into that slot machine today?

Bankroll: The total money a player has available for gambling. Example: After winning that jackpot, I doubled my bankroll.

Deuce: The number two in dice or cards. Example: Deuces are wild in this video poker machine.

Expected Win Rate (also Return to player, Pay-back or Pay-out percentage): The total amount (often a percentage) that you are expected to win back in the long run. Example: This slot has 99% Win Rate, so you’re likely to win $99 back of every $100 you wager this year.

Holding Your Own: Neither winning nor losing, breaking even. Example: I was able to hold my own after a week in Las Vegas.

Martingale: Betting system based on doubling-up after each loss. Example: I always use the Martingale when playing Roulette.

Snake Eyes: In Craps, when you roll a two, because the two dice look like eyes and they are bad news for the shooter. Example: I shot 3 Snake Eyes in a row, I need a break!

Whale: A high-roller player that makes very large bets. Example: This table is for whales only, minimum bet $100

The Importance of Comp Points

Complimentary (comp) points are a traditional way for casinos to reward their players. You get comp points for your wagers on casino games. Those points can later be converted into cash or used to redeem prizes and gifts.

At Sloto’Cash you begin earning comp points automatically. It couldn’t be simpler. You don’t have to sign up to a special loyalty program as land-based casinos require you to do; only then to receive a reward card that you must present at every table  or slot you visit. At Sloto’Cash the comps are generated as you play from day one.

Comp points are essential for you to get more play-time and bigger chances of winning at casino games.

How to use your comps?

Visit the Sloto’Cash cashier and open the “My account” tab. Click on “Comp Points” to see how many comps you have. For every 100 comps you can get $1. You are welcome to redeem as many points as you’d like every time.

How to get more comps? 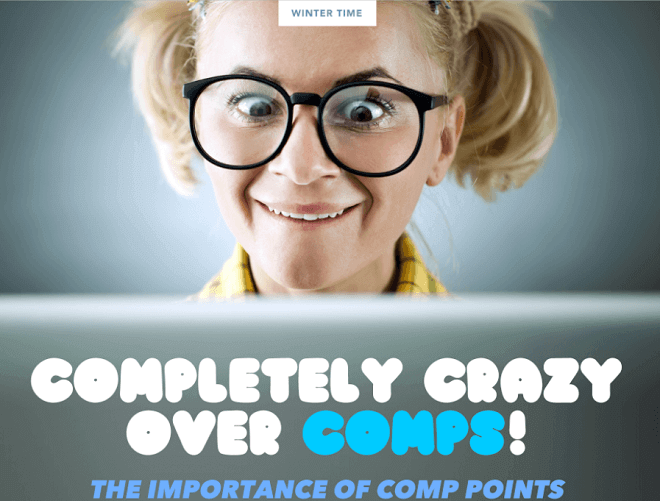 A Tradition in Green

A short history of St. Patrick’s day (As featured on www.slotomagazine.com)

Today millions around the world celebrate St. Patrick’s day but few know the origins of such a celebrated tradition. On March 17th the streets in many cosmopolitan cities such as New York and Chicago will harbor hundreds of thousand participants, as they march through a city painted green.

But how did it all begin?

It has to begin with the man himself, St. Patrick who, contrary to commonsense, was not born in Ireland but in Britain that was under control by the Roman Empire. He was kidnapped by Irish raiders and taken to Ireland where he converted to Christianity and spent much of his life there as a missionary.

Did you know that St. Patrick was not born in Ireland?

He died on March 17th, 461 AD to be forgotten for centuries, until legend and myth grew around his name and Ireland adopted him as its patron saint.  A common legend tells of St. Patrick’s great influence in Ireland by driving away all snakes from the island.

St. Patrick is reputed to have taught about the Holy Trinity with the three leaves of a shamrock (or three-leafed clover). In the 18th century Irish folk starting wearing shamrocks on their coats, to honor their Irish and Christian origins. Soon after, the Irish starting wearing entire suits in green.

In the 1840’s there was a dreadful famine in Ireland, forcing many to migrate to the United States of America. Over half a million Irish reached New York harbors in this period known as the Potato Famine.

With a strong Irish community in New York, the first St. Patrick’s parade was celebrated there in 1762. Today it is the Big Apple’s largest parade with over 200,000 people participating in the parade while enjoyed by close to 3 million spectators!

As many as 90% of Americans celebrate this date every year!

Join us to celebrate this fun tradition with our St. Patrick’s Day promo pack! 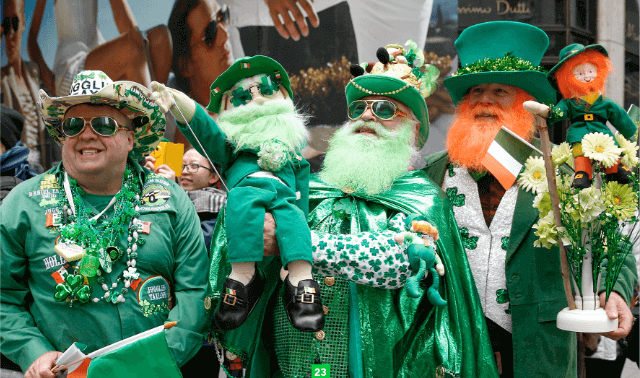