The Life and Adventures of Mr. Sloto: Chapter Nine

Mr. Sloto was tired, truly exhausted after running through time and yearning to see his beloved. They were plugging in the numbers: June 2018. Mr. Sloto needed rest before heading back to his home. He drifted into sleep mode to conserve battery and started a memory loop that transported him back into himself to the moment he met Mrs. Sloto.

Just then Victor had an idea: how about I take Mr. Sloto back to the moment when he met Mrs. Sloto. That way it will seem like no time past at all! He plugged in different numbers in the time machine and off they went.

It had been a few months ago, in between their adventures in time travel, they decided to take a week’s vacation in beautiful sunny Monaco. Mainly to do research in all the big fancy casinos there but also to relax.

They entered the most technologically advanced land-based casino there. With slot machines 10 feet high. Light shows and holograms everywhere. And there she was, the future Mrs. Sloto or as she was called back then, serving bot CHERRY777. She was rushing to and fro serving patrons.

Mr. Sloto was magnetized by her. Her image was instantly burned into his circuits. Mr. Sloto was, as if by fate, rolling toward the female bot. By the time he was upon her he realized he didn't know what to say... He reached out and touched her shoulder she turned with a smile and asked if she could help him.... And he did the only thing a ‘gentlebot’ could do, he kissed her hand...

She pushed him away in shock and bewilderment. Mr. Sloto then said: is it random that we meet here today or was it programmed in the algorithm of life?

CHERRY777 was struck, finally meeting a creature that could speak her mathematical language…

Suddenly Mr. Sloto woke from his sleep and found himself in the same casino in Monaco. He wasn’t sure if he was dreaming or not. Then he saw her once again, bot CHERRY777, the love of his life.

He came straight to her and said: I’m back my love… like I promised. Let’s go now and get married.

CHERRY777 was completed confused. Victor Fluke slapped his face when he realized he brought Mr. Sloto minutes before he had actually met her in their first trip to Monaco.

Mr. Sloto then said: Can’t you remember me? Have I dreamt it all? Is it random that we meet here today or was it programmed in the algorithm of life?

It was in that moment that CHERRY777 had a deja-vú, as if this moment had occurred before.

What will happen next? Will CHERRY777 fall in love again with Mr. Sloto?

This is an interactive story so you can contribute with any idea or suggestion for the next chapter. Send us your suggestion to .

We thank Nick Plashka for submitting his idea. He has been rewarded with 200 FREE SPINS.

If we use your suggestion for next chapter, we will showcase your name as co-creator and award you too with 200 FREE SPINS! 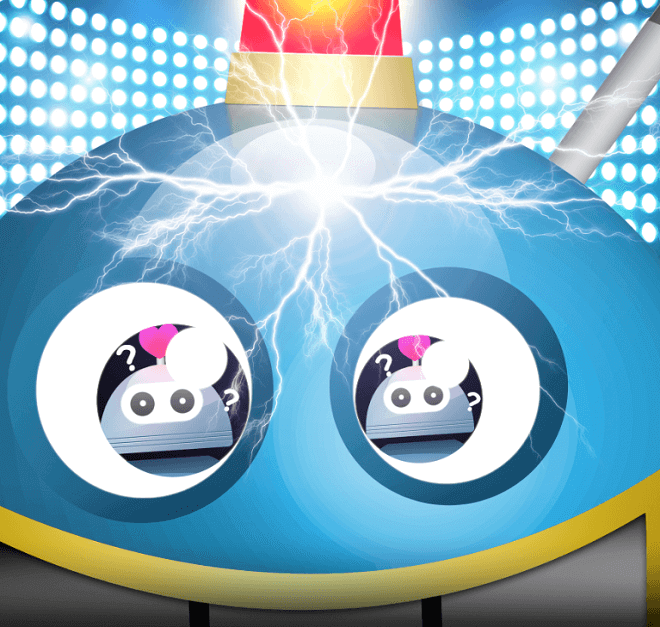