Sloto School: The bounty of the bonus feature

Who would play slots if they didn't have bonus features? The bonus feature is the ultimate reward when playing slot machines and most players are aware that here is where they can make a big profit. Bonus features are often found on all slots machine above the 3-reel category.

Let's have a look of all the different kinds of bonus features a slot machine can offer. Once you understand all the varieties of bonus features, then you can target your play hours to those machines that have the most profitable and fun bonus rounds.

What is a bonus feature?

The bonus feature comes as an extra chance to win coin prizes without further bets needed from the player. It can come in many forms, usually as an independent arcade-like game within the slot machine's theme.

Before you start playing any slot machine it is recommended that you give the pay-table a good read to understand the variety of bonus features offered by the slot machine.

Most video and 3D slots offer Free Games features that can be triggered by landing a set of special symbols in a single spin. During the Free Games you can sit back and watch the spins reels at no cost to you. The normal range of Free Games ranges from 5 to 20 Free Games, but some slots can offer up to 100 Free Games.

During some Free Games the pay-table payouts are multiplied by as high as 10x! Also, you can have the expanding Wild Symbol fixed on one or several reels for the duration of the Free Games - allowing astronomical wins to occur!

When a bonus round is reached, the reels are often replaced by a game-within-game window. The player may only have to watch the unfolding of the bonus round where a random prize is granted. But often, the player must interact with the game to achieve a win, either by clicking on items to uncover prizes or by engaging in a puzzle-solving or action-driven game not unlike those in arcade machines. The interactive bonus rounds are the most fun since the decisions of the player will be crucial to the outcome of the bonus round.

Sloto Cash has some slots that offer a guarantee that a Bonus Feature will be triggered within a certain number of spins, often 150 spins. The Feature Guarantee meter is on top of the slot. Each spin that goes by without triggering the feature will reduce the figure in the meter. If no feature is randomly triggered before the meter reaching zero, then you are guaranteed a Free Games Feature when the meter reaches the end.

You can also play the Instant Trigger feature. After each spin without a feature, the Instant Trigger chance increases. It starts at 0.04% chance of triggering a bonus feature and steadily increases up to 99%. By playing this game you will make a wheel with red and green bands spin. The higher the percentage means that more green bands are included in the wheel. If the tracker falls on a green band, the Bonus Feature is triggered.

A rare number of slots have reels that collapse after a spin are done. Certain icons will explode or vanish in order to make room for the upper symbols to fall in their place. This allows for several winning combinations to appear in a single spin.

Now that you know all the possibilities we invite you to pick a promo from our Weekly Bonus Chart and let the games begin! 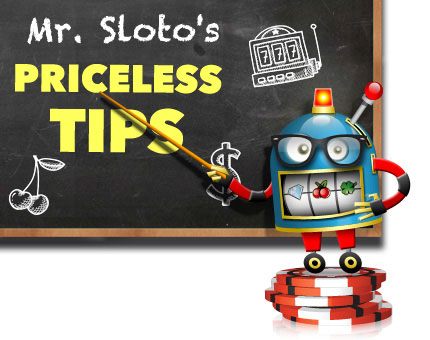