It’s been said that adventure is out there for those who seek it – and that’s certainly the case when it comes to Banana Jones! Join the most daring monkey of them all in this new adventure-themed Snakes & Ladders style board game as he embarks on a quest to find the Crystal Banana hidden in the ancient Temple! If you’re daring enough to help Banana Jones in his expedition, you’ll be rewarded with a 200% Match bonus and bragging rights!

Get ready to roll the dice 5 times per wager and when landing Banana Jones on the head of a Snake, he will move down to its tail and away from the temple. However, landing on the base of a Vine will bring him closer to the temple and the Crystal Banana. Cross your finger that you’re be following the right path to help Banana Jones navigate the screen before the Crystal tropical fruit falls into the hands of our hero’s enemies: the feared Leopold the Leopard and his guerilla snakes.

Activate the special Treasure Wheel and Crystal Banana Quest features to trigger even more cash wins. Completing the path will give you a chance to open a chest where extra cash fruit prizes are added to the game’s counter for more wins! 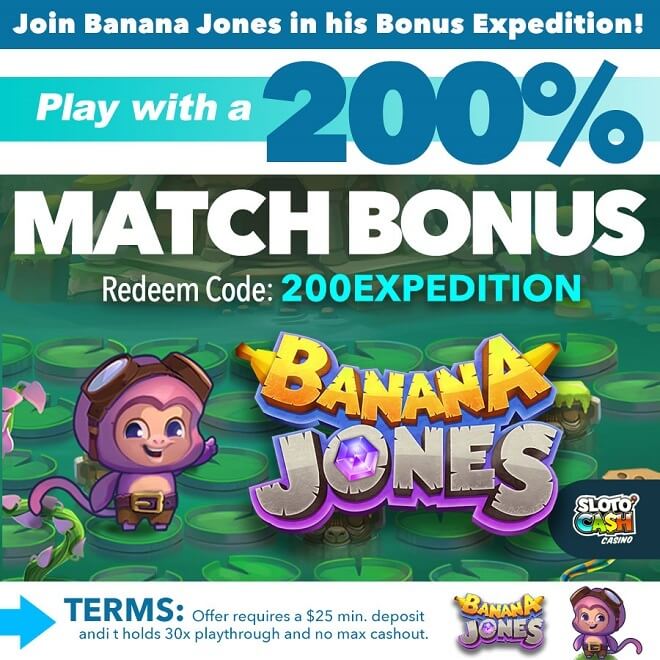