September is a month for renewing your energy and wind down from the hot summer months with some sizzling wins. Don’t let the fact that summer is almost gone dishearten you – this brand new month gives you the chance for a fresh start with invigorating wins!

Enjoy the first 15 days of September alongside a 150% Match, continue with a 200% Bonus and make your winning times even more refreshing with a $100 FREE CHIP!

Simply deposit as little as $30 and you’ll have access to a September full of winning times! 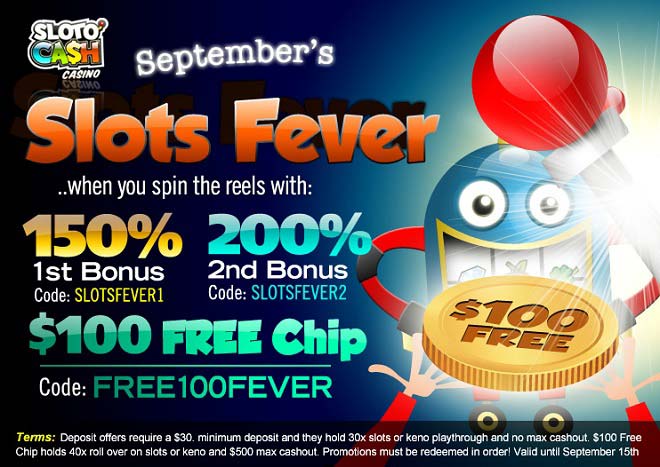 A new season is upon us and spring is the perfect time for you to grow more wins! Spring has arrived and it's time for awakening to fresh winning chances with a couple of crisp bonuses plus more Free cash!

New beginnings and growth take place as soon as you start playing with a 150% 1st bonus, continue collecting your harvest with a 200% 2nd and fully welcome the season of green with a $100 Free Gift!

Energize your spring as soon as March kicks in and make your Sloto’Cash account blossom with wins! 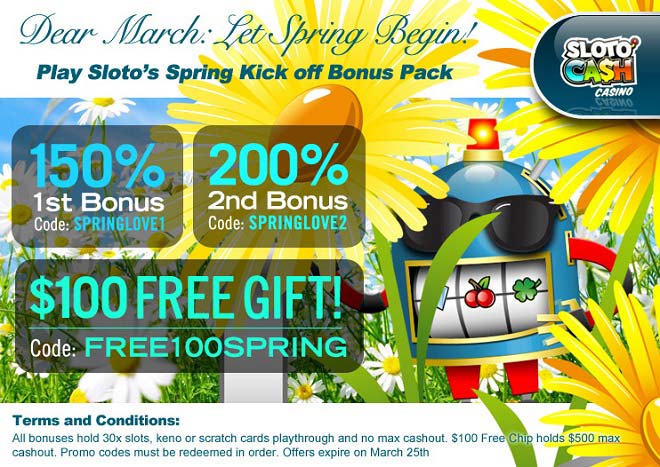 It launched in 2009 and its value has steadily increased. In the beginning each Bitcoin was worth only $0.08 but today a single Bitcoin unit is worth over $400. It is the most used virtual currency and thousands of people around the world see it as a great investment, as its value continues to rise. 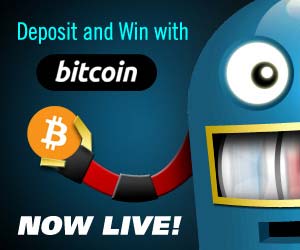