This is a slot machine unlike any other. It is breaking with all tradition by creating a sharp and modern-looking game with NO REELS that will greatly appeal to the newer generations.

What’s the big deal with Cubee? Its creators literally think outside the box (or should we say, cube!)

The main character of the game is a fuzzy looking creature called Cubee. The goal of the game is to defeat enemies while traveling through 3 different epochs: The Stone Age, The Era of Piracy, The Viking Age and finally culminating in CubeeLand – where Free Games with multipliers are played!

Cubee has no reels. The symbols are floating enemies appearing in a time travel portal. The defeated enemies will grant payouts based on the pay-table. To defeat an enemy Cubee must match their strength.

Cubee is heaps of fun once you get the hang of it. It doesn’t take look before you understand the dynamics of this ground-breaking game!

Energy Ball: When appearing in a game round, each Energy Ball will increase Cubee’s strength, allowing him to defeat more powerful enemies and accrue higher payouts.

Rocco:  This is the name of Cubee’s arch-enemy. He stands opposite Cubee in each epoch. When a weapon appears in a game round, it will strike Rocco to lower his stamina. Once defeated, Cubee travels to the next epoch.

Era of Piracy:  Every time a cannon appears in a game round, the Free Games tally number will go up by a point.

The Viking Age:  Every time a bow appears in a game round, the multiplier number will go up by a point.

Cubeeland: One you reach Cubeeland, you play your accumulated Free Games with the earned multiplier!

Cubee is rewriting the history books on online slots. Imaginative, dynamic and great design makes this a great addition to Sloto'Cash game collection!

Terms:
Offer requires a $25 min. deposit and it holds 30x slots or keno roll over and no max cashout. Redeem 2x monthly until end of Abril!

Pig Winner ???? is sure to be a big winner for players!

Red lanterns, Chinese knots, potted kumquats, and golden oranges are everywhere as Chinese New Year approaches. Ring in the year of the Pig joining the fun with this exciting all-ways-pay slot!

With 243 ways to win, grouped Pig wilds on reels 2 and 4 will cumulatively double prizes, while 8 free games with insane retriggers are won whenever 3 or more scatters occur.

So, join the fun and celebrate this new year with good fortune!

All 243 Ways pay in this game, with grouped Pig wilds on reels 2 and 4, which cumulatively double prizes!

- Pig is a grouped Wild symbol on reels 2 and 4 and counts for all symbols except scatters.
- Each Pig doubles the prize when appearing in a win in normal games.
- 8 free games are awarded when 3 or more scatters appear.
- Extra Yin Yang and Wilds are added during free games.
- 2 scatters pays a prize during free games.
- Up to 2 retriggers may occur.
- Each Pig Wild will triple pays from free game 8 onwards.
- Free games are played at the bet of the triggering game.

Pig Winner is sure to be a big winner for players!

Terms:
Offer requires a $25 min. deposit and it holds 30x slots or keno roll over and no max cashout. Redeem 2x monthly until end of Abril! 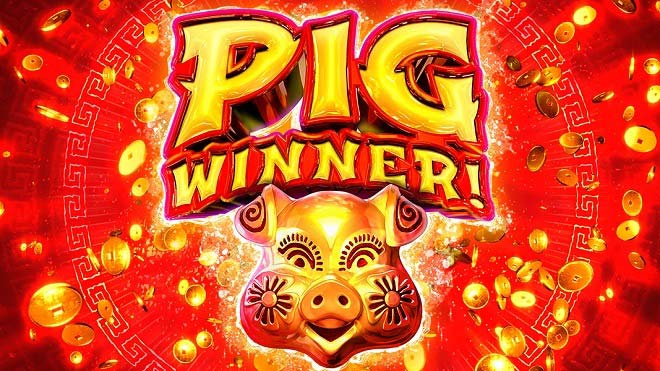 Mr. Sloto is excited to announce the new venture into a multi-player game: Fish Catch.

Submerge yourself in any of the four fishing spots to compete against other players in this amazing visual presentation of marine life.

To start, select the room you want to play in and then choose from over 20 fish species to shoot and catch. Note that each fish has a different value, so choose wisely, and that your choice of cannon determines your fire power and bet multiplier up to 10x, and while you fish, the Mermaid’s Luck feature may prompt any time and automatically spin a roulette to add winnings to your catch.

How to play Fish Catch?

1) Select your starting denomination for the game

2) Select your preferred cannon (the more powerful it is, the more it costs per bullet shot)

3) Set your settings. Auto Aim allows you to fix aim on a fish and shoot until it is captured.  Auto-Fish on, allows automatic firing on preselected fish. Fish Info, allows you to see the value of each fish as they swim by.

4) At any time, the Mermaid Luck Feature may trigger and grant up to 250x your trigger bet!

5) Survey 4 different maps of the ocean, as big fish may appear in other sections of the sea.

6) Sit and try to catch as many fish before the round ends. Extra prizes are awarded to the top players of the round.

Fish Catch is breaking all the norms when it comes to online gaming. Play it today at Sloto'Cash 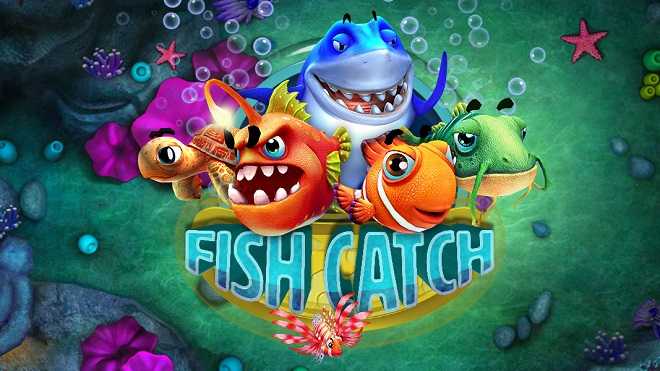