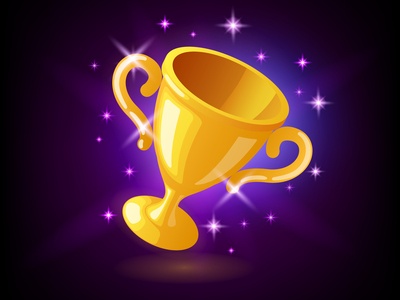 2021 is proving itself to be an exciting year for slots gaming entertainment. The slot machines are more engaging than ever with more elements, more features, betting graphics and more interactive action.

The four top 2021 slots that have received lauding reviews from Sloto Cash casino players include:

Pulsar is exactly what it sounds like – a slot machine just pulsing with adventure and escapades. When you open the game you’ll be thrust into unknown parts of the universe where you’ll line up treasure star icons throughout the heavens. Pulsar takes you into the galaxies where astronomers and astronauts attempt to understand the great unknown. Down on earth, humans are still in the early stages of space exploration but as you spin the reels you’ll see the majesty of the sky and our place in the grand scheme of things.

Pulsar is a 5-reel online slot machine  unlike any other. There’s an unconventional configuration which includes a honeycomb-web of  hexagonal cells that play with our imagination. You don’t spin the reels in this game -- push the Play button to fire out position symbols and lasers into the cells of the grid. Wins are won across 20 fixed paying lines, left to right.

There are cascading wins that occur when any symbols in winning combination is removed. Once the payout is awarded the symbols disappear so new ones can cascade in to take their place and form new winning formations.  The cycle repeats until there are no more wins.

The Magic Mushroom brings a bit of whimsy to 2020 slots along with the potential to enjoy big wins with a bonus round that features up to 75 free spins.  This sweet game combines rewards, entertainment and interactive action including wilds, multipliers, free spins and spreading wilds.

Magic Mushrooms takes you through a nighttime walk through the diamond-shaped  forest  where you use a moonlit path to navigate through thick foliage, strange sounds and lots of colorful mushrooms plus birds, lizards, frogs and snails. These forest creatures and the game’s symbols that shine when you hit a winning combination.

Magic Mushrooms features 3 different wild symbols -- the Purple Mushroom, the Blue Mushroom and the Red Mushroom. The Purple Mushroom substitutes for all other symbols that appear on reels 1 and 5. The Blue Mushroom emerges on reels 2 and 4 and it triggers multipliers of  2X to 10X on the wins. The Red mushroom is a spreading wild. When it appears on the third reel it spreads its tentacles across the reels to turn up to four additional symbols into wild symbols.

Secret Symbol brings the mystery of ancient civilizations and lost cultures to the slots screen. As archaeological finds teach us more about forgotten cities we can explore these intrigues in an atmosphere of gaming fun and excitement.

Secret Symbol, a five-reel, 25 payline slot machine, brings the world of the ancient Aztecs to life through Aztec symbols and treasures. Game symbols include a pyramid, jewelry, drums, feathers, animals, an Aztec Chief, statues, gold and more. The  Aztec Chief is the game wild  which  can substitute for any other symbols to create winning combinations.

The pyramid is the scatter symbol and can trigger a bonus round whenever two or more scatters come up on the reels simultaneously. The Secret Symbol bonus round delivers ten free spins that includes a secret multiplier. The free spins multiplier rangers from 2x to 20x. In the bonus game the Aztec Chief wild symbol becomes an expanding wild who can expand to cover all of the second and fourth reels, giving players more opportunities to complete lines and collect payouts.

The popular random jackpot bonus feature is built into this machine and there are even more opportunities to win a jackpot with the chance to win either a Major or a Minor jackpot The Major jackpot begins at $1,000, and the minor at $250 but the more time that goes by without anyone winning the jackpot, the higher the jackpot climbs.

Megaquarium isn’t a new 2020 slots but it was so popular in 2019 that we’re reviewing it again. Megaquarium isn’t an adventure or a suspense slot – it’s simply a whimsical, fun-filled fish-filled slots that takes you under the sea to meet sea creatures and line them up for winning prizes.

This is an easy slot in which you line up the fish to complete the paylines.  Best of all, there are five different tiers of free spins, making this an exciting, action-filled game with 7 free spins plus super game and super mega game spins. What makes Megaquarium so alluring is that each symbol only appears on specific reels so you have to work hard to build paylines and trigger the special features.

The work is worthwhile though because if you’re diligent you might win one of the two big progressive jackpot prizes.