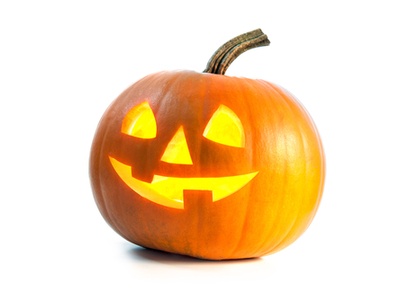 Over the years, Halloween has become a celebration of eerie phenomena and unexplained events. People dress up in costume, spook their friends and neighbors and try to create an atmosphere of ghostly fright. Some people enjoy being frightened and surprised while others avoid stories of the unknown.

Regardless of whether it’s the Halloween season or you simply want to enjoy some Halloween-type fun, you can read about some of history’s most baffling paranormal mysteries, explore unique tales of bizarre occurrences and play Halloween Treasures online casino real money slots.

Enjoy our spooky mysteries to ponder for while working our way up to Halloween:

There have been numerous reports about ghost ships over the years but none has sparked the imagination and curiosity of the public as the strange story of The Mary Celeste. The Mary Celeste was an American Brigantine. In 1872, with a crew of 10, she sailed from New York for Genoa, Italy. A British ship found the Celeste adrift about a month later, approximately 400 miles east of the Azores off the coast of Portugal, without a single soul on board.

The ship was undamaged and the cargo was untouched. There was still six months' worth of food and water on board and the  crew's belongings were still in their quarters. No evidence of foul play was ever discovered – the sole clue was a missing lifeboat. It seems unlikely that a mutiny occurred or that the ship was attached by pirates because both events would have left the ship in some kind of disarray – which it was not. The incident remains an open mystery.

Two English sisters, Jacqueline and Joanna Pollock, were killed in a car accident in Hexham in 1957.  Two years later, their mother gave birth to identical twin girls who were named Jennifer and Gillian. The first indication that there was something mysterious about these girls were Jennifer’s birthmarks on her waist and forehead which resembled the birthmarks in shape and in location of her deceased sister, Jacqueline.

All of these “memories” disappeared by the time the girls were five -- Jacqueline was 6 when she died and Joanna was 11.  But to this day, the story of the Pollack twins is probably the best evidence that supporters of reincarnation have when they talk about proof of past lives.

The story of Gloria Ramirez has confounded doctors and researchers for the past 25 years. Ramirez was wheeled into the ER by paramedics in 1994 – awake but confused. Her heart rate was extremely rapid and her blood pressure was quite low. According to her medical history, she was battling advanced cervical cancer. Doctors noticed that there was an odd, garlicky smell coming from her mouth and her skin had an oily sheen to it.

A blood sample taken in the ER room smelled like ammonia and it contained whitish particles. After 45 minutes, Ramirez died but throughout the night, staff members who had treated her reported feeling nauseous and faint. 23 of the hospital workers who had come in contact with Ramirez were hospitalized. Ramirez seems to have become toxic but no one was ever able to discover how or why.

The Overtoun Bridge, located near the town of Dumbarton, is known as the "Bridge of Death," thanks to at least 50 dogs throwing themselves to their deaths from the bridge over the last 60 years. Hundreds more have jumped and lived. Some have returned to the bridge and leapt again.

Some theorize that there’s some type of noise at a frequency that only dogs can hear or there’s a smell that’s luring the dogs to leap to their deaths. But no one really knows.

This simple slots game can take you up to 50,000x your base bet for a $5,000 prize. Betting options range from $0.01 on up – theoretically, you can wager as few as 8 coins but the low bets get fewer golden symbols so it’s worthwhile to up your bets a bit. If you’re at full betting range you can achieve the maximum of  5 golden symbols

The symbols are tinged with Halloween orange and include witches’ hats, pumpkins, devils’ faces, candles, crystal balls, vampire masks, potions and more. The game includes three special features – one is the Crypt Door Wild which appears on the 2nd, 3rd and 4th reels  and completes winning combinations, the second is the Gravestone Wild that occurs on the 3rd reel and multiplies wins up to 5x. The third is the Crystal orb  which triggers 12 free spins if three scatters appear simultaneously. If 3, 4 or 5 scatters emerges at the same time, you win 5x, 10x or 50x your total bet.

If you enjoy tales of the paranormal or just like to delve into some spooky fun, explore tales of the unknown and win cash prizes with the Halloween Treasures online slot.