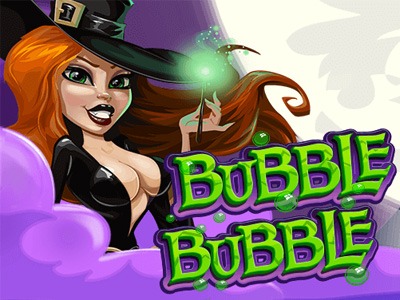 There’s still time to get your costume and prepare for Halloween fun but this year, the anticipation is higher than ever as worldwide, people await the October 31st full moon – the first full moon to appear on Halloween in many years.

In many societies a full moon is a sign that something spooky and supernatural is about to occur. Check out the paranormal occurrences that pop up in the fun-filled Bubble Bubble at our SlotoCash online casino slot.

A full moon, has long been associated with the supernatural. Many societies believed that ghosts and other spirits were drawn out from the underworld when a full moon was present and in some cultures, pregnant women and children were warned to stay indoors when a full moon was visible in the sky.

Full moons didn’t always indicate something bad. The Cherokees had a different name for each month’s full moon because, they said, each full moon draws a different aspect of the heavens into the earth. Those include a Full Wolf Moon in January to indicate the time that the Earth is closest to the sun, the Full Snow Moon in February when people are advised to focus on the future, a Strawberry Moon in June when native American women once took time to cleanse their spiritual selves and  the Full Beaver Moon of November when the high activity level of the beaver makes it an appropriate time to cultivate relationships and illuminate emotions.

Many astrologers advise that, during a full moon, emotions and tensions run higher than during other times of the month and some researchers have actually tracked an upward turn in crime on nights when a full moon is visible. The clash between the moon and the sun, which happens as the lunar orb connects with the Sun in a straight line to reflect the sun’s light mixes energies.

Ghost hunters and other paranormal investigators say that ghosts increase their activity when there’s a full moon. Wild, unusual things happen during those times and they have inspired much of the folklore that accompanies a wary approach to a full moon.

Among the strange occurrences that have been attributed to the lunar cycle include stories of transformations of werewolves into bizarre humans, increase in spirits’ visits to this world, more instances of hauntings and more sightings of nature-based creatures. One investigator says candidly that “All kinds of weird behavior happens during full moons.”

Wiccians in particular are fascinated by a full moon which, they say, bathes the world in its mystic glow. Wiccians believe that the full moon embodies the Triple goddess and it’s a time when people should take a ritualistic cleanse to clear out the “noise” of real life to reconnect with one’s inner self. Wiccians believe that spells which are cast under a Full Moon are most potent because of the extra energy that’s present in the atmosphere.

The Bubble Bubble online slots takes us to Halloween night when the full moon will be shining brightly, ready to bring out madness, mayhem and hopefully some big payouts for real money wins.

This Halloween-themed slot takes the supernatural to a whole new level with a sexy, high-heel-wearing witch who is busy stirring up trouble and payouts in her cauldron. This is not a suspenseful slot – it’s just high fun and entertaining excitement that gives you a lot more than toil and trouble.

Game payouts include spellbooks, Jack O’Lanterns, skulls, spiders black cats, ravens, frogs and all the ingredients for the bubbly witch’s cauldron. The best part of this game is the special bonus games which include the Ghost Feature, a Bewitched Feature, Scattered Cauldrons and Wild Witch.

The game takes place at a haunted house and features 50 lines. The game is a perfect fit for both high-stakes VIP players who can bet the max of 12.5 coins a spin on all 50 lines or low-budget casual gamers who can bet as low as 0.5 coins a spin  on fewer lines or on as few or as many of the number of lines that they prefer. It’s important to remember that only those wins that occur on an enabled payline will pay out a winning payout on a matching combination.

There are different payout values for different symbols so you can either aim to create fewer matches on the higher-payout symbols or more completed paylines on the lower-payout symbols. Spiders and skulls are valued at up to 99 coins while eyes of toads for the cauldron potion will deliver up to 150 coins. Frogs, Jack O’Lanterns and spellbooks will draw in up to 333 coins while the black cat and the raven are worth up to 1000 coins when they are featured on completed paylines.

Winnie Witch herself is the game wild. She’s an expanding wild which can stretch across Reel 3 to replace other symbols and trigger more prizes. Cauldrons are the scatter and if you land 5 of them you win 33x your total bet. Four cauldrons plus a Winnie Wild on a line nets you 99X your bet while 3 or more cauldrons trigger one of the 3 bonus features.