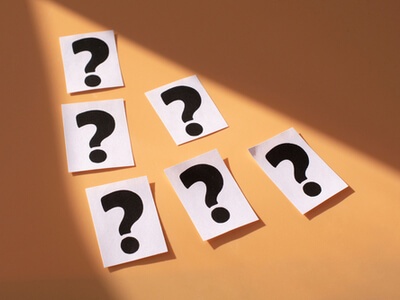 If you were to break up your day you’d find that there a myriad of incidents that occur every day that you’ve never even questioned.  We don’t even think about why we get hungry or how we store memories or what the meaning of national flags may be.  We just accept  these things in our lives without question because…..it doesn’t occur to us to ask the question!

But what if you started to dig a little deeper? Sloto Cash Casino invites you to check out some things that might surprise you!

Why Do Men Wear Ties?

Wearing a tie is considered appropriate attire for men’s formal and business wear in the Western world. Why would anyone want to tie something around their neck? The idea of wearing a tie started with King Louis XIV of France who saw Croatian mercenaries with ties.

For the Croatians, the ties symbolized nobility, order and honor. King Louis liked the idea and began wearing a tie which was then copied by his underlings. The practice soon spread throughout France and then the rest of Europe and even into different parts of the world.

Today it’s considered proper for a man to have a tie on when he’s involved in business or at some kind of event where he wants to put his best foot forward.

Why Do We Dream?

Everyone dreams in some way or another because dreams come uninvited during certain stages of sleep. You can’t always recall your dream – in general, just the dreams that you experience in the moments before you wake up are remembered. But throughout the night, whenever you slip into REM (rapid eye movement) stages of deep sleep, you dream.

No one knows for sure what purpose dreams have but it’s believed that dreams are autobiographical thoughts based on happenings in your life. Dreams are believed to be controlled by the emotional centers of your brain, as opposed to the logical centers that control your thoughts when you’re awake and keep your thoughts logical.

Researchers don’t have definite proof of the reason that we dream but it’s assumed that dreams help you confront emotional dramas, prepare you to deal with a threat, aid memory and facilitate creativity. Nightmares may be warnings but they may also simply have come at a time when stress caused disturbing thoughts that manifested as a dream.

Why Does the Air Crew Greet you When You Board the Plane?

You probably assumed that the airline is putting their crew out to greet you because it’s good PR but there’s a more logical reason for the friendly welcome. The crew is checking out the passengers, not only to get a feel for potential trouble but to ascertain which passengers seem physically capable of being helpful in case of emergency.

Does Your Name Influence Your Future?

It does seem that your name can influence the type of person that you become. It has long been assumed that the name that you are given becomes a kind of self-fulfilling prophecy because we often adapt ourselves to the way that others relate to us and people often relate to someone in a certain way based on their name.

So, for instance, if you have a “popular” name that indicates an outgoing, vibrant, bubbly personality, people might relate to you in that way which then encourages you to behave in the way that they expect.

In a study that aimed to determine whether a person’s name influenced his future success, a group of 3300 men who were scheduled to graduate from college were surveyed to see if their academic performance was associated with their names.

Men with unusual names were more likely than those with “common” names  to have dropped out before graduation or experienced psychological problems. Researchers believe that people with common names may “fit in” better and adjust more readily to expectations.

Other research shows that a name can affect school performance, career choices, the person we marry, whether we are more readily hired for a better-paying job or accepted to specific colleges, how we work with colleagues and where we live.

When Did Insurance Start?

That type of safety net is relatively recent but insurance in one form or another actually dates back to merchants of ancient Babylonia, 3000 – 4000 years ago who guaranteed ships’ owners that in case of a shipwreck, they would not obligate the ship’s owner to repay the loss.

Everyone dreams but what you “see” in your dreams is dependent on your relationship with sight. If you lost your sight later in life, or you are partially-sighted, your dreams will almost certainly include the same kind of imagery as that of a sighted person.

But people who were born blind don’t have an understanding of how to “see” and don’t relate to objects or people as they appear to a sighted person so they don’t “see” in their dreams. Research has found that the imagery in dreams of a blind person who could once see decreases with time.

When Did Mermaids Appear?

One of the earliest mermaid legends dates back to 1000 BC when the Syrian goddess Atargatis took the form of a half-fish and half-human. Greek mythologies originally depicted mermaids as half-woman and half-bird but over time, the bird half turned into a fish and the mermaids would sit on rocks waiting for ships to arrive.

Roman mythology took off where the Greeks left off and introduced Triton, son of Neptune the Sea God who was also half-fish and could calm turbulent waters by blowing a shell.

Mermaids also featured in Chinese mythology which depicted the mermaids as skilled beings. The Celts of Ireland had their own mermaids, called “Merrows” and the Scots had the Ceasg – maid of the waves. In Wales, legends relate the story of a mermaid named Murga and in Spain the Sirenuca was sent to the sea by her mother.

Sailors of the Middle Ages reported mermaid sightings and pirates of the era had many traditions that related to mermaids.