Why is November National Pomegranate Month? 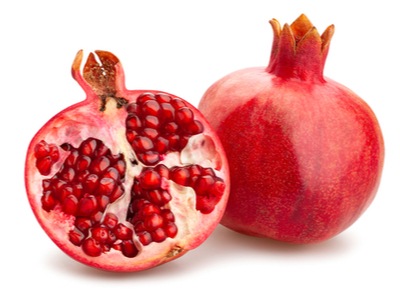 Snacking while you’re reading, watching TV, or playing online cash casino games can be detrimental to your health and waistline but everything depends on what types of snacks you eat. If you’re snacking on sweet items or salty, crunchy snacks that have no nutritional value but lots of calories, you’re going to get into trouble.  If you have a plateful of cut-up fruits and vegetables, you may find that, not only are you feeling more energetic but your overall health is improving.

One of the most nutritious fruits that you can and should be adding to your menu is pomegranates. Pomegranates are bursting with iron and nutrients and can be eaten at almost any time of the day and in combination with almost any type of dish.

Today, pomegranates are grown around the world and are served in a wide variety of drinks and dishes but at one time they were known almost exclusively in the Middle East. Pomegranates are mentioned multiple times in the Old Testament and Jewish tradition calls them one of the “7 Species of the Land of Israel.” They are featured in Egyptian mythology and art and folktales from other lands in the Mediterranean and the Himalayas in northern India. Nomads used to carry pomegranates in their caravans through the desert because it’s effective at quenching thirst.

Some of the earliest mentions of pomegranates came in Egyptian mythology where they were often buried with the dead to ease their passage to the afterlife. Images of pomegranates were said to symbolize death, longevity, temptation and paradise to the ancient Egyptians.

The ancient Greeks and Romans saw pomegranates as symbolizing fertility and the Greeks associated pomegranates with the goddess Aphrodite who ruled over love, and Hera, the Greek goddess of marriage and childbirth. In Rome, women were adorned with crowns woven from pomegranate leaves to indicate fertility. Infertile women were encouraged to drink pomegranate juice to bring upon pregnancy.

In Iran, Iranian Christians are taught that the pomegranate was the real forbidden fruit of the Garden of Eden, not the apple. On Yalda Night, a non-Christian Iranian tradition that takes place on the winter solstice, people celebrate the victory of light over darkness at parties where pomegranates are traditionally eaten. Pomegranates are mentioned in the Koran which says that pomegranates are God’s “good creations” and that they grow in the Garden of Paradise.

Hindus see pomegranates as symbols of prosperity and fertility.

Perhaps the most prominent mention of pomegranates -- and the most extensive -- comes in the Old Testament. The Five Books of Moses writes that pomegranates were hung on the skirt of the high priest in the Temple in Jerusalem” (Exodus 28:33). Pomegranates also feature in the story of Saul (I Samuel 14:2) and in accounts of Solomon’s Temple (Jerimiah 52: 22-23). There are also several references to pomegranates in Song of Songs (Song of Songs 4:3, 6:7, 4:13, 6:11 and 7:12) and in Joel 1:12.

In Christianity, images of pomegranates are often used to represent Christ's suffering and resurrection.

Research shows that pomegranates are among the healthiest fruits in the world. They have numerous beneficial plant compounds that aren’t found in other foods. They are packed with important nutrients including protein, folate, fiber, vitamins C and K, and potassium. They are extremely high in iron and are known as anti-inflammatories which can be helpful for people with joint pain. Many doctors, both conventional and alternative practitioners, suggest that people suffering from heart disease, type 2 diabetes, cancer, Alzheimer's and even obesity eat a pomegranate every day.

The word pomegranate is derived from the medieval Latin “pomum granatum,” meaning apple of many grains or seeds.

So take a break from your Sloto Cash Casino fun and sit down for a snack of pomegranate - it's worth the work (WORK?.....you'll see what we mean when you start to eat it).