Who are the World’s Most Successful Roulette Players 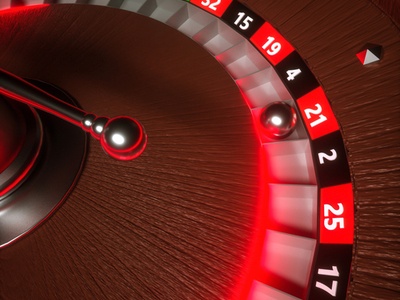 The debate over whether roulette is a game of luck or skill will probably never be resolved. Roulette wins are the results of which of 36 or 37 pockets (depending on whether you’re playing European Roulette or American Roulette) a tossed ball will land in a spinning roulette wheel.

Roulette can be played at our Sloto online casino or at a retail casino.  The results of the ball toss are totally random – despite some claims that there are “methods” to determine how the ball will land, in actuality, once the wheel starts spinning there’s no way to manipulate the final pocket into which the tossed ball will land.

The game does involve an element of skill however and that involves the decision of which bet to place. There are two main types of roulette bets – outside bets that have a higher percentage of wins but pay out less and inside bets which have lower payouts but win on a less frequent basis.

Despite the random nature of the game, there are a number of roulette players that have made names for themselves with big wins. Some of the best known include:

Computer programmer Chris Boyd of England took $22,000 to Las Vegas where Binion’s Horseshoe Casino agreed to take his bet on a game of roulette. Binion’s removed their customary $10,000 limit for Boyd and removed the double zero from the wheel which lowered their house edge to 2.70%.  Boyd ran some practice bets and then placed his money on the red for a colors bet. One spin of the wheel later, Boyd watched the ball fall on a red 7, giving him his win.

After the game Boyd asked Binion’s to lock up his money to prevent him from trying again. He also swore off future betting and, as far as is known, kept to his word till today.

Ashley Revell was so sure that he could win his roulette bet that he sold all his possessions and risked the entire amount in a single bet. He amassed $135,000 and placed it on red. When the ball fell on red seven, he doubled his winnings. Ashley may have been foolish in his risk (how many posts do you find about roulette bets that failed?) but like Boyd, he was clever in how he took care of his winnings. He didn’t bet again but rather invested his wins (in the online poker site Poker UTD).

Joseph Jagger wasn’t leaving his investments up to luck.  He was an engineer who collected information about the results from several weeks of roulette wheel spins from Monte Carlo casinos and discovered that the roulette wheels were slightly biased in favor of numbers  7,8,9, 17, 18,19, 22, 28, and 29.

Charles Wells believed that he could replicate Jagger’s success so he placed a bet on a wheel that he believed to be biased and won 23 out of 30 consecutive spin, walking away with almost 2 million francs.

If you’re going to try to play roulette in a way that maximizes your chances, you should know a few facts about the game.

The odds of winning in European Roulette are best since the house edge is just 2.64%. Odds in an American Roulette game are less – house edge is 5.26%.  That’s because American roulette has 38 pockets whereas European roulette has 37 pockets. Simply put, when you’re betting on 1 in 37 you have a better chance of success than when you bet on 1 in 38.

When placing your wager, the best that gives you the best odds are outside bets which deliver 1:1 payouts  -- evens/odds, red/black or numbers 1-18 or 19-36.

Straight-up bets payout at 35:1 – these are inside bets that hit less often but deliver better payouts than outside bets.

Odds of hitting a red or a black are 47:4% in American roulette and 48.6% in European roulette. 18 numbers are black and 18 numbers are red so there’s no way to determine which color which hit more frequently.

There are no sure bets in roulette. Casino advisors remind players that they shouldn’t rely on a roulette betting system, math or any other “technique”.