When Is The Best Time to Make Specific Purchases? 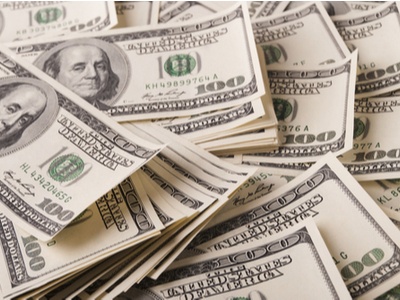 December is traditionally the month when a great percentage of a household’s purchases are made. Not only do many people shop for gifts but during December many people like to treat themselves to new, expensive items that during other times of the year they might otherwise pass by.

Sloto Cash online Casino suggests  that you try to avoid impulse buying and consider what consumer advisors say regarding the best time of the year to make specific purchases of major items.  Check out consumer experts’ advice about the purchases that you may be making over the next few months so that you avoid overspending and hold onto your cash for use for items and activities that you enjoy.

January is probably the best month, overall, for good deals. People are finished with their holiday shopping and stores are prepared to lower prices significantly so that they can reduce

Some of the January sale items are obvious -- discounts can be found on toys, holiday decor, video games and gift wrap -- items that are hot in December but have little allure for people in January -- but there are other items such as TVs and cars that aren’t as clear.

By the way, did you know that linens are one of the items that you can often find discounted in January? John Wanamaker, an American merchant and marketer, held the first “White Sale” on white linen bed sheets in 1878. The tradition of a January White Sale continues till today.

By February, everything is thinking about summer and summer clothing. That means that very few consumers are interested in buying cold-weather items in February so you can plan ahead for next year and do your purchases of coats, sweaters, boots and other winter-gear in February and save yourself tons of money.

You might not have known that February is the best month to buy furniture. That’s because designers traditionally launch their new designs in the spring so retailers need to get ready to clear out last year’s designs before the new items come in. If buying last year’s models doesn’t bother you, you can save a good chunk of money by buying furniture in February.

Cellphones are another surprising sale item in February but sure enough -- many  wireless carriers and manufacturers offer buy-one-get-one deals on smartphones during February. The rationale is that lovers buy their partners special gifts during February which, after all, is the month of Valentines day, and these days, what’s a more loving gift than one that says “keep in touch.” Like…..a cell phone. For the same reason, February is the month when you can find great deals on colognes, perfumes and chocolates.

After you’ve had your fill of chocolates you can save some money by stocking up on canned, dried and bulk goods during February.

Now that you’re two months past the winter holidays you can start thinking about spending again. And there’s no better way to spend than to spend wisely. For one thing, if you took our advice to  stock up on non-perishable food items in February, you can continue that in March and buy frozen foods which are discounted at a higher-than-usual  rate in March.

March is also a month that is generally thought of as a low-travel time so you can generally find luggage at discounted prices during the month. Retailers want to keep their inventory moving and are prepared to sell for less to make the sales.

Cleaning supplies, running shoes, sandals, craft supplies and jewelry are other items that are frequently found at discounted prices in March.

Finally, makers of garden supplies know that gardeners are starting to think about their spring gardens during March and to encourage them to buy supplies, garden stores offer significant sales in March.

Between spring cleaning, tax prep and post-winter yard cleanup, there’s not a lot of time to shop during April but if you need any of the April sale items, you’ll be sorry afterward if you don’t take advantage of the April offers.

April is the time when many weddings are being planned and students are getting set to graduate. Cookware is often the gift of choice and to move that along, retailers lower the prices of pots and pans during the month.

So many household and auto repairs get postponed during winter months but once spring hits, the work needs to get done. That’s why you’ll find hardware stores, auto centers and home improvement departments featuring  sales on tools and materials that are commonly used for home maintenance and auto repair.

Some of the other deals to keep an eye out for in April include discounts at second-hand shops as people give away items during their spring cleaning and sales on last year’s spring fashions to allow retailers to clear space for the newest fashion items for this spring.

By planning ahead you can stay ahead of the game, buy what you want and need and still have money left over.