What shall We Celebrate Today? 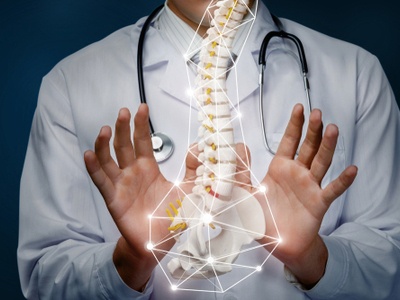 We went online to find something "fun" to celebrate today and came up with this one:  Chiropractor Day (WHAT?!?).  So let's take a look at this one....

Chiropractic medicine has been used to treat everything from hearing loss to paralysis, allowing patients to return to their lives with increased functionality and less pain. Detractors dismiss chiropractic medicine but research shows that it isn’t a toss of the dice at the roulette table of our fav cash casino – there are firm scientific reasons that chiropractic medicine works where other forms of treatments fail.

Check out why many medical professionals, patients and others celebrate chiropractic medicine on September 18th, Chiropractor Founder’s Day.

Chiropractic medicine’s introduction to the world of medicine occurred on September 18th 1895 when Dr. Daniel David Palmer administered an adjustment and launched the novel approach to health care. His first patient, Harvey Lillard, was diagnosed with a malpositioned vertebra and after Palmer’s treatment, which involved repositioning spinal segments that had been misaligned, Lillard recovered (he also recovered his hearing which had deteriorated over the previous 17 years).

Palmer presented chiropractic care as a distinct philosophy, art and science. He wrote a book, The Science, Art and Philosophy of Chiropractic which expressed the relationship between the body’s ability to coordinate and communicate its functions for optimizing health with specific chiropractic adjustment. Over the years educational institutions were established where students could study to become Doctors of Chiropractic.

Some of the key aspects of the chiropractic approach to healing and health were outlined in 33 Principles of Chiropractic, a text written in 1927 that included data and insights about the practice. Today chiropractic is a widely respected health care profession whose distinctive philosophy is bolstered by an impressive collection of documentation of efficacy, research references and proofs of cost-effectiveness.

Chiropractic medicine is an emergent new health practice that began 120 years ago. The philosophy behind chiropractic is that the human body is a self-regulating and self-healing organism. According to chiropractic, the body doesn’t require interventions that intrude or interrupt the healing process. Rather no interference with the body’s innate capacities for self-communication, self-coordination and repair is needed.

Dr. Palmer’s belief is now embraced by such widely-recognized authorities as Dr. Deepak Chopra and Dr. Andrew Weil.  But 120 years ago Palmer’s teachings were considered to be an affront to the orthodox medical industry of the era. The medical community rightly foresaw that Palmer’s philosophy could set a course for a health revolution, which is exactly what happened. The idea that people could take more responsibility for treating and curing themselves was seen as dangerous but over the years, the message became stronger than the messenger. Today chiropractic is reputed to be the largest drugless healthcare profession.

Jack K. VanDervort, DC, LCP  and DPhCS summed up chiropractic’s 33 guiding principles in a paper delivered at the ICA’s 2002 Rome International Symposium: “Chiropractic has 33 beautiful lines that were written to define and delineate this new healing profession. In the definition of the chiropractic niche in health care we have chosen the word “holistic” rather than “alternative” or “complementary” because of its appropriateness to our distinct, indeed unique, position. Holistic refers to “care of the whole person rather than just treating the symptoms of a disease.” “Complementary” to allopathic medicine or “alternative” to anything, simply are not adequate and do not convey our meaning.

The 33 principles represent a distinguishing and unifying element in chiropractic. They articulate and maintain the independent perspective that chiropractic brings to health care. Dr. Daniel J. Murphy, former ICA (International Chiropractic Association) Vice President and chiropractic educator notes that “It is vitally important that both professionals and the public become better aware of the founding principles of this profession. The very nature of the language used to describe chiropractic science includes core concepts that are in turn explored in research, articulated in education, and expressed in practice by thousands of doctors of chiropractic worldwide.”

For many years the conventional medical professional reviled chiropractic, calling it “voodoo medicine” and “quackery.” Today, chiropractic medicine is no longer considered experimental. It’s a vital part of the medical landscape and is accepted as a type of integrated medical care practice that complements – and sometimes replaces – traditional medicine. It’s regarded as clinically efficacious, safe and cost effective. Chiropractic has  earned one of the the highest patient satisfaction levels of any health care science on a doctor level.

How Does It Work?

A licensed chiropractor looks at the patient’s whole musculoskeletal system to identify and carry out treatment that will address the root of the problem. A chiropractor keeps joints and the surrounding muscles working properly through the use of hands or special instruments that manipulate joints. This process, called “spinal or joint manipulation” can help reduce pain and aids in the treatment of conditions affecting the musculoskeletal and nervous systems.