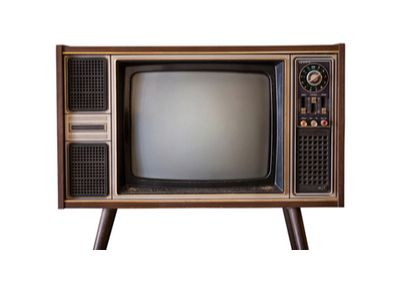 Once upon a time there were three main networks and a few movie studios that were producing content for TV. Today there are six major movie studios, dozens of indie and small studios, multiple streaming services and more than 50 nationwide broadcasting networks. That doesn’t even take into account the thousands of streaming gaming videos as well as opportunities that people enjoy through SlotoCash casino to play SlotoCash online casino games. There’s no lack of material to access via the Internet.

Sometimes you may find yourself hearkening back to a simpler era when broadcast entertainment was uncomplicated, uncontroversial, simple and generally fun. If you want to retreat back into yesteryear for some comic relief and relaxing viewing entertainment, SlotoCash casino invites you to check out the most popular shows of the ‘60s.

The Beverly Hillbillies ran for 9 seasons from 1962 to 1971 and garnered 7 Emmy nominations. For 8 of the series’ seasons it was among the 20 most-watched programs on TV and was the #1 Series of the Year for its first 2 seasons. Sixteen of its episodes are among the 100 most-watched television episodes in American history.

The premise of the series was that Jed Clampett, an impoverished hillbilly, discovers oil on his land in the hills. He accepts payment of $25 million to allow an oil company to drill on his land, using some of his new-found wealth to buy a mansion and move to the swank ‘hood of Beverly Hills California with his daughter Elly Mae, mother-in-law Granny and  cousin’s son Jethro.

The family’s trusting and unsophisticated lives clash with their neighbors’ uppity ways but Jed, simple as he might seem, retains some wiles and cunning from his hillbilly life and keeps his family (and his fortune) safe and secure.

This show might be dated but the simple sweetness of the unworldly Clampetts besting their refined and snobby neighbors is a theme that audiences can appreciate today as much as they did 60 years ago.

My Three Sons was on air for 12 seasons from 1960 through 1972 (five seasons on ABC and then seven seasons on CBS). The plot of the story revolves around widowed aircraft engineer Steve Douglas who is raising his three sons alone. In early episodes the boys’ grandfather helps to raise them and later on, their uncle Charley moves in to provide structure and care.

While this series is also super-sweet and full of saccharine, it is fitting to the era when problems with youngsters involved nothing more than staying out late and dilemmas with friends. The wisdom that father Steve delivers, however, is as applicable to modern day as it was in the ‘60s – clear guidance, love and an understanding ear.

I Spy was both a critical and popular success. The show is notable because it was the first dramatic series on TV to star an African American man and was therefore banned by many Southern TV stations(!). The show featured Robert Culp and Bill Cosby as tennis pros who traveled the world for the sport. In actuality however they were international spies who chased villains and women.

I Spy mixed comic relief with tension and drama. Cosby, as Scotty, was the brains of the team which traveled to exotic locations to deal with international criminal activities.

Much of the success of the program was due to the light banter between Culp and Cosby’s characters which released the tension of their situations. The subjects, however, were real and gritty.

After the success of I Love Lucy in the ‘50s, it was clear that the public wasn’t going to give up on Lucille Ball who was brought back to the screen in The Lucy Show. The show ran from 1962 to 1968 and kept Lucy at her zaniest. Lucy is a widow and she moves with her recently-divorced best friend Vivian Bagley (Ethel from I Love Lucy) into a house together with their children. Lucy tries to get through life on her own as she comes up with schemes to outwit grumpy, impatient Mr. Mooney, the banker who controls her finances.

The show was produced by Lucille Ball’s real-life ex-husband Desi Arnez and featured her two real-life children, teens Lucie Arnez as Cynthia and Desi Arnez Jr. as Billy.  As the series progressed, Lucy went to work in the bank with Mr. Mooney which gave rise to more hilarious escapades.

The F.B.I. was on the air from 1965 to 1974 during the time that real-life FBI director J. Edgar Hoover exerted unprecedented power over the organization in Washington. The show followed Hoover’s anti-communist agenda and the FBI got a lot of good publicity from the series though Hoover himself didn’t like it and tried to get it cancelled.

The show dramatized real-life FBI cases including counterfeiting operations, serial killers, hunts for communist spies and other true FBI cases. The show was deemed by many to be too violent and during the last 3 seasons the violence was curtailed significantly.