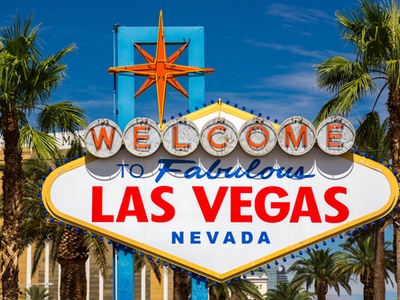 Gaming has always been part of Nevada’s history. Even before Nevada was declared a state in 1864 settlers who were moving westward played casino games in the gold mining camps and salons that characterized early settlement in the area. By the mid-1900s Nevada had become known as the gaming capital of the United States. Nevada was the only state where casinos were allowed to operate legally for many years and casino operators grew rich there, building more opulent and more extravagant casinos every year.

Today casinos are legal in many states, but Vegas is still the crown jewel of the casino world. Enjoy a trip back into the history of the state’s unique gaming culture and rise with some online casino Vegas Lux exploration and slots fun.

When Gold Rush fever hit the United States, miners headed west to areas that are now California, Arizona and Nevada. Prospectors set up camps in the Sierra Nevada where they mined during the day and played blackjack and poker at night. The first governor of Nevada Territory, James Nye, was staunchly anti-gambling and he influenced the territorial legislature to ban gambling games but the practice continued underground.

Nevada attained statehood in 1864. The state’s first legislature tried to overturn Nye’s ban on gambling but they were unsuccessful. Yet even then, local officials didn’t have much of an interest in putting a stop to games of chance and there were few prosecutions.

The Nevada State Legislature formally decriminalized certain forms of gambling in 1869. Those statues stood until 1909 when betting was banned but state regulators took a relaxed view of the ban and, once again, gaming operators continued to operate with little or no consequences. Many of the games that were openly offered in the state included early “nickel-in-the-slot machines” where people paid a nickel to play a slot and received cigars, fruit, drinks and small sums as prizes.

By 1919, cities and counties throughout the state were licensing social games (whist, bridge, etc) in card rooms. During the Roaring ‘20s most of the action was in Reno where visitors could find both illegal gaming halls and legal card rooms. In 1931 Assembly Bill 98 was introduced in the State Legislature. The bill, which legalized all types of gambling throughout the state, passed and was signed into law. This legislation enabled the gaming industry to gain a foothold in the state and the economy of Nevada has been based on casinos ever since.

In 1931 the Pair-o-Dice Club opened on Highway 91. That was the first casino to open in Nevada but The Strip didn’t begin to develop until 1941 when the El Rancho Vegas opened. The site included a hotel with 63 rooms. Other operators noted the demand for a luxury casino resort and they began to build their own casino hotels. The combination of easy money and a luxurious lifestyle attracted organized crime figures who came to Nevada to invest in their own casinos.

Over the years the casinos became more and more extravagant in their offerings. The first mega-resort hotel was the International Hotel that featured over 1500 rooms and MGM opened their MGM Grant Hotel and Casino in 1973 with over 2000 rooms. The casinos started to expand their offerings in the 1980s with theme parks, entertainment and dining options and sites aimed at families. In the mid-1990s the Vegas Strip started to become a popular New Year's Eve celebration destination.

Today Vegas offers opportunities for all visitors but resort hotels such as the Encore, the Wynn, the Venetian, the Bellagio and the Palazzo have turned the trend towards high-end, luxurious features. There is high-end dining, expansive nightclubs, spas, specialty retail shops and more. The Strip even features expensive residential condo units for visitors who want a permanent living space in the area.

All this and more can be found in the brand new interactive Vegas Lux slots. The glamour of Vegas excitement comes to the online and mobile casino with this new RealTime gaming extravaganza. The most alluring aspect of this slot machine is that it is a 720 Ways to Win game which means that every spin has the potential to win in one of 720 ways!

Game symbols include dancers, croupiers  and plenty of sparkling card suite symbols while Vegas’s biggest landmark sites frame the reels. Whenever you create a completed combination with the dancer or the dealer, they dance on the reels to bring a bit of Vegas flair to your gaming screen. Slot history is commemorated with playing card suits that include flaming 7s and bright red cherries to add some tradition to the high tech 21st century slot. When you add the special features such as the wild substitutions and the scatter payouts, plus the free spins round, you find yourself playing a machine that offers a real Vegas gaming adventure.

The most exciting feature of this game is the 720 Ways to Win. There are very few 720 Ways to Win slots since they offer gamers so much more in the way of winning opportunities. But 720 Ways to Win is a popular feature so the game manufacturers try to make it available on selected machines. In a 720 Ways to Win game, payouts are won when symbols line up on adjacent reels from either the right or left sides, with no need to line up on an enabled payline.  In fact, there are no paylines to enable – so all completed combinations, regardless of where they fall on the reels, trigger a payout.

In Vegas Lux, things become even more luxurious. If more than one winning symbol appears on a reel the win is multiplied. If you manage to line up a perfect sequence of symbols you can achieve up to 1320x your total bet as you enjoy your Vegas vacation. If you match three of the lowest paying symbols – the cherries or the diamonds – you’ll collect a x5 payout.  If you match four your payout goes up to x15 and if you match all five the payout is x50.  That’s only the lowest payout symbols……the payouts just increase from there, up to the Flaming 7s that deliver a x1000 payout for a match of 5 symbols.

The game’s wild symbols is the neon sign. The wild displays the word “Wild” in neon lettering so you know exactly when it’s substituting for another symbol to complete a combination.

The game’s satter symbol is a shiny whit diamond. When three or more scatters emerge on the reels in any pattern, they trigger a scatter combination payout  with a double payout for three scatters, 10x your bet for four scatters and 50x your bet for five white diamonds.

With 720 Ways to Win, Free Spins and exciting symbols, Vegas Lux is the game to play for Vegas fun and excitement.