The Origin of 9 Popular English Words 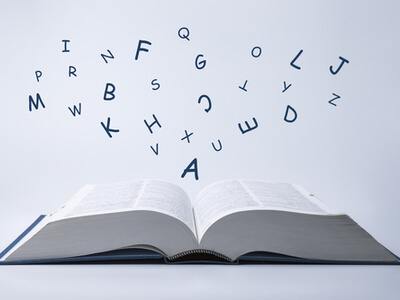 9 English Words and Their Sources

If you want to find the origin of English words, phrases, and idioms, you would look at an Etymology dictionary. Etymology involves studying the origin of words and how meanings of  words can change.

Many English words have fascinating and surprising origins. Learning about these words can help you better understand your native language and become a more proficient communicator. By learning about common roots that words of various languages share, you can learn to recognize words in other languages and more easily acquire a second language.

Today, many people associate for word “draco” with Draco Malfoy, a student at Hogwarts and a rival of the forces of good in the Harry Potter series. The original Draco, a legislator in Ancient Greece, is the person upon whom the word “draconian” was based.  Draco believed that the punishment for almost any infraction was death and he created a code in 7th century BCE Greece which decreed that anyone who committed any crime would be put to death. The word “draconian” evolved from Draco’s name and it has come to refer to a punishment that is highly disproportionate to the offense committed.

The word “whisky” evolved from aqua vitae, a word that medieval monks used to refer to “life water.” Over time, the word’s was adopted into the Gaelic language where the pronunciation  changed to uisce beatha and through a process of Anglicization to uisce, uige, usque and ultimately to uisky which is almost like today’s whisky.

Actually, there are two ways of writing “whisky” – whisky and whiskey. Legend is that American and Irish distilleries added an extra “e” to differentiate their own higher quality whiskeys from Scottish whisky that, at one time, was reputed to be an inferior product.

Jumbo was P.T. Barnum’s first elephant. His name, when Barnum bought him from the Royal Zoological Society, was “Jumbo”, a amalgamation of two Swahili words – jambo for “hello” and jumbe for “chief.” The pachyderm’s daily diet included 200 pounds of hay, a barrel of potatos, 15 loaves of bread, onions, two bushels of oats and many pails of water. No wonder that Jumbo has come to mean “oversize” – at adulthood, Jumbo weighted six and a half tons and was almost 12 feet tall.

The word clue seems like a perfectly old anglo-saxon word but it actually derives from ancient Greek mythology. According to legend, King Minos of Crete kept a minotaur, a half-man, half-bull, in a labyrinth. In order to prevent Minos’s attacks on their cities, the Greeks would send children to Crete every 9 years which would be fed to the Minotaur.

According to Greek legend, Prince Theseus, son of King Aegeus of Athens, entered the labyrinth (another word with a deep history – the labyrinth was the maze constructed by Daedalus to house the minotaur) to kill the minotaur and save the children.

In order to ensure that he’d be able to find his way out of the labyrinth, Theseus unraveled a ball of string, called a “clew.”  In the 1500s people started to use the word clew and through varied spelling, we ended up with our “clue” of today.

The word labyrinth is actually dated to pre-Greek (Minoan) origin. It is believed to have been absorbed by Classical Greek and from there, to Latin and then English. Some researchers believe that it refers to the Lydian labrys, a double-edged axe which was a symbol of royal power. That would fit in with the theory that a labyrinth was the royal Minoan palace -- "palace of the double-axe".

Avocado originates with the Nahuatl language of the Aztecs. An aguacate in Spanish, which derived meant the Nahuatl ahuacatl – a “testicle.” Which is pretty much what avocados hanging on an avocado tree look like. Other Nahuatl words that have made their way into the English language include tomato, chocolate, guacamole and chili. The mole in guacamole comes from molli which in Nahuatl means “sauce.”

The word “Mortgage” is a combination of two Old French words, mort, which means “death” and gage which means “pledge.” The term became a “death pledge”  because the only way to pay off the debt would be to complete the payments or to die.

Boycotts are generally used as a political tool to effect change. A boycott refers to a collective attempt to refuse to patronize a business. The first boycott occurred in the 1880s when Irish workers united to protest high rents and land evictions. When Irish tenants followed the suggestion of leader Charles Stewart Parnell and ostracized British estate manager Charles Cunningham Boycott, the strategy gained popularity and other boycotts followed, making the word an accepted part of the English dictionary.

The word disaster comes from ancient Greek when, according to Greek belief, celestial bodies influenced terrestrial life. The Greeks combined the prefix “dis” and their word for star – “aster” to describe a calamity that was attributed to uncontrollable and unfavorable alignment of planets. The Greek word became Italian – disastro – and then French – désastre – before being adopted by the English language.