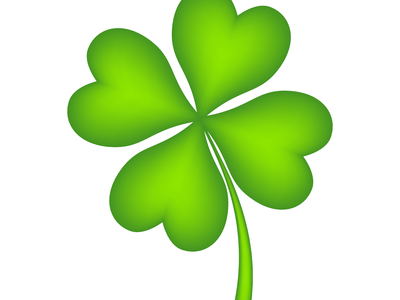 Today, let's look at some of the symbols behind one of our Irish-themed slot games at our SlotoCash - whether it's free online casino games or cash casino games you're looking for, SlotoCash has it all!

Symbols and signs dating back thousands of years are still a part of Celtic culture. Residents of the Emerald Isle include descendants of Iron Age settlers who relied on Celtic symbols to assure them of luck and good fortune.

Celtic symbols began to emerge about 3500 years ago. Not all of the symbols referred to luck but many did. Over the years the term “luck of the Irish” was incorporated into many aspects of Western culture and other societies began to “borrow” those symbols which, they thought, might bring them the same blessings as those enjoyed by their Irish brothers.

Some symbols are based on legends, folk tales and myths. Others developed due to historical happenings that shaped Irish culture and heritage.

Sloto Cash casino invites you on a journey to explore the background, meaning and application of Irish symbols of luck. You can even apply those symbols to your online slots online gaming adventure when you play the Lucky 6 slot machine.

The four-leaf clover is one of the most widely-known and adopted Irish good-luck symbols. Early Celts believed that a four-leaf clover could give a person the power to see fairies yet avoid the fairies’ tricks. Today, any four-leaf clover is accepted as a good luck charm but originally, early Celts considered four-leaf clovers as being truly lucky if they came from a white clover plant. According to tradition, the four leaves on the clover stand for luck, faith, love and hope.

It’s rare to find a four-leaf clover. They are created due to a genetic process. One in every 10,000 clovers is a four-leafer. In Ireland, 4-leaf clovers are called “rose clovers” and are said to grant the power to see fairies.

Christianity took hold in Ireland in the early years of the 5th century. Christianity incorporated many pagan symbols into the new Christian religion including the Celtic circle which was added to the Christian cross to create a symbol of Irish-Christian connectivity.

Some researchers have suggested that the original circle dates back to the 4th century and was known as the “Sun’s Cross” which was a famous symbol in Celtic areas. In Norse mythology, this sun wheel/sun cross is known as Odin’s Cross while in Ireland, the Sun’s Cross is believed to have illustrated Taranis, the god of thunder, who was said to have held a wheel in one hand and a bolt of thunder in the other. That would explain the circular wheel-like image which has been found on Celtic bronze-age coins and pieces of jewelry.

Archaeologists have found illustrations of the Celtic Cross on the Isle of Lewis in Scotland where, divided by a cross, it was assumed to have represented four times of the day – morning, noon, evening and midnight. When Christianity was adopted by the Celts the Celtic Cross converted into ‘the high cross’ which, today, is a symbol of faith for the Irish (as well as for the Welsh and Scots).

Leprechauns are said to live under shamrocks, clovers which have been important in Irish culture since ancient times. During the era of the Irish Druids the three heart-shaped leaves were believed to represent the triad of the world’s most important treasures which, they said, come in threes and its multiples. This relates to the three phases of the moon, the three dominions of the sky, sea, and earth and the three ages of man. Some researchers say that the shamrock was used as a sign of Mother Nature’s regenerative power.

According to Christian legend, Saint Patrick used the Celtic Cross and the shamrock to convert the Druids to Christianity, notably by incorporating the importance of the number 3 in Celtic lore to promote the concept of the Trinity. Archaeologists have found Saint Patrick artworks and halfpennies from the 17th century that depict Saint Patrick driving serpents from Ireland while holding a shamrock. The shamrock is also the national flower of Ireland.

Horseshoes are a popular good luck charm in Ireland. The image of a horseshoe represents the horse’s strength and dependability which symbolizes good luck, fertility and power over evil. Horseshoes are said to be defenses against mischievous fairies who cause trouble – since the horseshoe is made of iron and fairies cannot tolerate iron, the horseshoe wards off the trouble that fairies might cause. In Ireland, people often hang a horseshoe with the open part facing upward to symbolize good luck lasting for a long time to come.

Lucky 6  online slot is a six-reel, 10 paylines slot machine where Lucky and a variety of lucky charms compete to appear to complete combinations. The slot’s six reels are a bit unusual for a slot machine but gamers who want something a little different are invited to sign in and see how far their good fortune will take them.

Bets range from 0.10 to 50, making this the perfect game for any gamer in any betting range. Game symbols include the Lucky Leprechaun himself along with rainbows, shamrocks, enchanted mushrooms and horseshoes, all of which gather on the Emerald Isle to help you find enchanted treasure.

The game’s wild is the Rainbow symbol. The rainbow appears on the 2nd, 3rd, 4th and 5th reels and doubles any win of any combination in which it plays a part. The game has six scatters -- “L”, “U”, “C”, “K”, “Y”, and the number “6”. When multiple scatters emerge simultaneously in any positions on the reels their scatter combination payout is determined by your bet on the spin that drew the scatters.

If you achieve four or more scatters you’ll trigger the Lucky 6 Bonus where you get 8 free spins with all free spins wins doubled. If L and U or Y and 6 display on the same line, additional grouped Wilds join the third and fourth reels.

Five scatters on a regular game spin signals 12 free spins along with those 3rd and 4th reel grouped wilds and if you manage to get six scatter symbols you’ll collect 25 free spins which come with the multiplied payouts and grouped wilds.

For the ultimate achievement, aim for a LUCKY6 combination to collect Wild 3rd and 4th reels along with mega groups Wilds. If the Pot of Gold Wild emerges on reels 2 and 5  your win will multiply 5x.