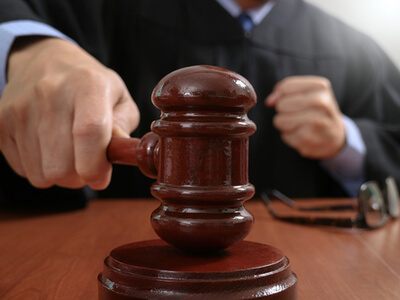 Histories Behind Some of the World’s Strangest Laws

Laws are supposed to be for the benefit of the citizens. They are meant to protect society from disruptive elements and, in some cases, protect people from their own potentially dangerous behaviors. Today, we see laws that make no sense but, at one time, evidently they made sense (to someone).

These laws have been forgotten, overlooked or ignored for years but – they are still legally binding and could, if necessary, be enforced. SlotoCash online slots real money Casino invites you to survey some unusual laws that are still on the books.

Kentucky gamblers can sue to recover losses if the loss is $5 or over. You can sue to recover the loss up to three times the amount of the loss. If you don’t sue within 6 months, someone else can sue on your behalf. It’s pretty clear that the anti-gambling forces in Kentucky are pretty powerful – who would want to open gambling operation under such circumstances?

Alabama has some of the toughest “Blue Laws” – laws that outlaw work or commercial enterprise -- in the United States. Alabama law states that you can’t play cards or dominos in Alabama on Sunday which is how the Alabama lawmakers made sure that citizens wouldn’t try to skirt the anti-Sunday gambling laws that cover other types of gambling.

From the early days of European settlement Wisconsin was known for its dairy industry. To preserve excess milk, Wisconsin farmers started to produce cheese and by the early 1900s the state was home to hundreds of cheese factories, earning it the name “Cheese State.” Today, a quarter of all cheese produced in the United States comes from Wisconsin where a master cheesemaker program operates.

To make sure that their state maintains its place as America’s cheese capital, the Wisconsin legislature has passed a number of laws to ensure that cheese produced in the state is "fine, highly pleasing and free from undesirable flavors and odors."

In Skamania County, Washington State, there’s a law, passed in 1969, that makes it illegal to slay Bigfoot. No one actually knows if the ape-like creature exists but there have been many anecdotal sightings over the years that have made Bigfoot an important part of the region’s folklore and popular culture.

The Skamania law designated Bigfoot as an endangered species and specified that killing him could result in 5 years in prison. The State of Washington made it illegal to harass Sasquatch (the Salish/native word which means “Wild Man), and it is illegal to hunt Sasquatch in California. The laws were passed at the instigation of locals who wanted to protect local culture and folklore.

Meanwhile, in Virginia, it’s illegal to hunt any animal or bird on Sunday except for raccoons.  In fact, the state is so OK with killing the nuisance species that in 2018 they modified a previous law that gave hunters until 2:00a.m. on Sunday to continue with their Saturday raccoon hunts but Bill H239 eliminated that restriction, giving raccoon pursuers all of Sunday to try to eliminate raccoons.

Over in North Dakota, pigeon and other wild bird fanciers were successful in getting the state legislature to agree that it would be illegal for  anyone to exterminate one of those creatures without having obtained a permit from the Fargo health department.

The law was set up as a protection for wild and protected birds but the reason for the inclusion of pigeons is unclear. North Dakota, by the way, has also made it illegal to lie down and fall asleep while wearing your shoes.

In Maine,  you can’t dance in an establishment where liquor is sold unless the establishment has a "special amusement permit" which was the state’s way of trying to eliminate bars with topless dancers.

Michigan’s law that keeps intoxicated people off of public transportation is a boon to the taxi industry.

In Alaska, not only are you not allowed to give beer to a moose, but you can’t even bring the moose to the bar! (Imagine that!). The no-moose-in-a-bar law dates back to 1913 when Fairbanks bartender Pete Buckholtz acquired a moose calf which he tamed and took around with him like a pet dog.

May Andrew Nerland was offended to see the moose hanging out at the bar so in order to prevent Buckholtz from bringing the moose to work with him, he passed a law that forbade moose from city sidewalks.

You will be relieved to hear that the oft-repeated rumor that a law that bans getting a fish drunk in Ohio is untrue.

In Colorado, it’s illegal to ride a horse while drunk.  That law seems self-evident.

Oklahoma tried to limit beer-drinking by mandating that any alcoholic beverage over 4% alcoholic content must be sold at room temperature.