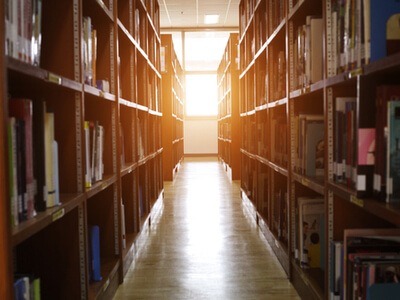 Enjoying relaxing in the summer sun doesn’t have to be limited to the gaming screen. SlotoCash online casino suggests that you explore some fun reading this summer with some of the best recent publications. Book enthusiasts can find some quality reads for any taste or interest.

Check out some of these new publications during your summer holidays.

News of the World by Paulette Jiles

News of the World : A Novel is set during the period following the American Civil War when Captain Jefferson Kyle Kidd, traveling through Texas earning a living by reading news to the locals, agrees to be responsible for transporting a Kiowa captive back to her people.

The captain’s rootless, solitary existence is turned upside down when he accepts a $50 gold piece for returning a young orphan to her relatives in San Antonio. Johanna’s parents and sister were killed by raiders who took the child to raise as their own and now, rescued, Captain Kidd has been tasked with returning her.

Ten-year-old Johanna, however, is not pleased to have been rescued, which meant tearing her away from the her home of the last 4 years. Johanna tries to escape at every opportunity. She doesn’t remember any English, throws away her shoes and acts as uncivilized as she can.

Yet over the course of the 400-mile journey through rough terrain, the 2 loners begin to trust each other and form a bond. When they reach San Antonio it’s clear that Johanna’s aunt and uncle don’t want her, forcing the Captain to decide whether to do his “duty” or perform another type of duty.

A Cat’s Tale by Baba The Cat, as told to Paul Koudounaris

A Cat's Tale sets out to be the history of the feline world – the origins of cats, cats’ exploits, kittys’ likes and dislikes and the evolution of cats’ relationship with their human companions. Baba The Cat relates all of this along with surprising ways that cat history parallels that of humanity.

Baba wants to differentiate true catdom from louts like Garfield, who don’t really represent the true feline world. Nor is Baba prepared to put up with cuteness. By writing about real cats, Baba, with the help of human scribe Paul Koudounaris, corrects the record and shows what feline greatness really is.

The story covers thousands of years and tens of thousands of miles which has, for too long, been ignored in favor of the myth that cats were “domesticated.” That, says Baba, is the most ridiculous mistruth of all.

Baba tells the lineage of cats from the prehistoric Felis to the role of cats as gods in ancient Egypt to the place of cats at palaces of royalty throughout the world. There were pirate cats, criminal cats and more. A fun and interesting history lesson for cat-companions and others.

The Office of Historical Corrections: A Novella and Stories by Danielle Evans

Danielle Evans’s The Office of Historical Corrections: A Novella and Stories offers insights into complex human relationships through relationships and moments in her characters' lives that highlights larger issues of race, culture, and history.

Her book introduces the reader to Black and multi-racial characters who, in the shadow of the unique history of people of color, experience universal confusions of love and lust. The book explores personal and collective experiences via the truths of American history, including who tells the stories and how to set the record straight.

The title novella, ‘The Office of Historical Corrections’  a Black scholar from Washington DC, become involved in trying to solve a historical mystery that puts her love life, her job and friendships at risk.  In  'Richard of York Gave Battle in Vain' a photojournalist attends an old friend's dramatic wedding which forces her to confront her own losses.  'Boys Go to Jupiter' follows the saga of a white college student who must reinvent herself after an old photo of her wearing a Confederate flag bikini goes viral.

Stories that inspire contemplation and introspection.

Writers and Lovers is a tale of  Casey, an artist who, as a young woman, refuses to let go of her dream to be creative. In the face of a derailed love affair and her mother’s sudden death Casey  travels to Massachusetts where she waits tables in Harvard Square. She lives in a moldy, tiny garage room where she works on the novel that she’s been writing for the last six years.

Casey falls for 2 men and must decide how to balance her creative ambitions with the real world as she contemplates how to end of one phase of life and begin another.

The Midnight Library by Matt Haig

The Midnight Library provides a welcoming refuge for Nora Seed who is looking for a chance to make things right. She feels that she has left everybody and up until now, her life has been full of regret and misery. But now, in the Midnight Library, she has books that make Nora feel as if she has a second chance

The books in the library, together with a friend, give Nora the push to redo those things that she regrets and build a better life. The question is, in reimaging her own life, will things be better? What should she do if her new actions put the library, and herself, in danger? And ultimately, what’s the best way to live?