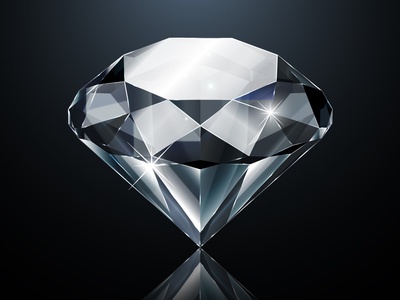 Regardless of whether you’re a diamond enthusiast or just find yourself fascinated by the gems’ interesting story, you’ll love playing diamond-themed bonus slots at SlotoCash online casino!

Diamonds have been a valued commodity since ancient times. Diamonds were first identified as valued commodities in India as early as the 4th century B.C. where they were gathered from the country’s rivers and streams (FUN!). The supply was limited and only the wealthy classes were able to gain access to diamonds. As Indian merchants traveled west, they brought diamonds with them and the gems became popular among Europe’s elite.

By the 1700s diamond merchants were looking to Brazil to keep the supply of diamonds flowing to Europe. Gold miners in Brazil discovered diamonds as they sifted the sands of the local rivers. Brazil dominated the diamond market until the 1800s when South African settlers discovered diamond deposits in Kimberley. De Beers, a company established in 1888, captured the South African market and by the 1900s they controlled about 90 percent of the world’s production of rough diamonds.

Currently, diamond production surpasses 100 million carats per year with most of the diamonds coming from South Africa, Botswana and Zaire. In recent years, new sources have been discovered in Northern Canada and Australia.

There’s a long process from the diamond mine to the jeweler’s display case. Diamonds form deep in the earth under extreme pressure and heat. They then rise to the earth’s surface, forced from their hiding place by man or by nature. To cut a diamond, the diamond cutter places it in a cement or wax mold to hold it in place then then cleaves the diamond with a laser or a steel blade along its weakest point – the tetrahedral plane. If there’s no weakness, it’s sawed instead.

Diamonds are a source of fasciation for chemists, geologists, mineralogists, physicists and oceanographers. Over the years, many myths have developed around diamonds. One of the most-repeated myths involves determining if a diamond is real. Many people believe that if the stone cuts glass, it is a real diamond but in fact, many stones will cut a piece of glass. To determine the veracity of a diamond, look for imperfections. If there are no imperfections, the diamond is probably fake. Most real diamonds have “inclusions” which are, in fact, imperfections.

You don’t have to lay down thousands of dollars to have fun with diamonds. Just open your SlotoCash casino account and play diamond themed slots for real money prizes!

Diamond Fiesta is a five-reel, 50-payline Mexican-themed slot that pays out enough that you can pick out your own diamond if you hit the right spin enough times. Diamond Fiesta is set in Mexico City as locals celebrate the Day of the Dead. Colorful Mexican symbols populate the reels with payouts that increase based on the number of symbols that complete paylines and the payout value of the symbols themselves.

The game features a Jackpot Diamond bonus game where players identify six or more Diamond Disco Ball Symbols that emerge in any pattern on the reels. When those 6 balls appear the player receives three respins with all diamond symbols held in place. Diamonds that appear in the highlighted spinning positions are held in their places for the remainder of the feature.

Diamond fiesta is a mobile game which can be played on either a PC or a mobile device for free or for real money prizes.

There are loads of both blue and white diamonds in "Diamond Dozen" where you can achieve instant wins, wins with multipliers, free spin wins, respins wins and more. You’ll find plenty to keep you entranced including red roses, handsome bachelors, rings and other symbols of romance.

3 or more White Diamonds activate the Diamond Delight Feature. Each  white diamond reveals a multiplier and those multipliers are then multiplied together! The new multiplier is multiplied by your line-bet and that determines your total prize.

A Random Progressive Jackpot can be activated after any spin.

So if you would like to "have" more diamonds, come to SlotoCash casino and "play" for diamonds. These bright, glittering games will spice up any slots entertainment adventure!