Six of the Most Amazing Archaeological Finds Ever 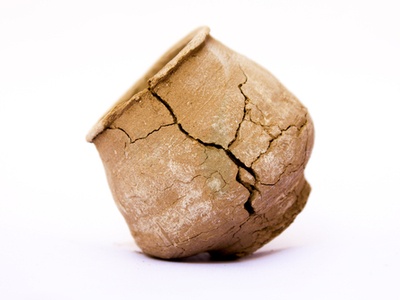 One of the most popular online slots real money genres involves themes of history, archaeology, and questions about mysteries of the past. Check out the following history-based games:  Achilles Deluxe, Aztec's Treasure, Caesar's Empire, Cleopatra's Gold, Megasaur, Spirit of the Inca - just to name a few.  As you play your history-themed slot machines you might wonder what archaeological finds tell us REALLY happened during those long-ago eras.

Check out some of history’s most amazing archaeological discoveries. Much of today’s events can be traced back to our ancestors' hundreds, even thousands of years ago. As archaeologists and historians unearth ancient writings and artifacts, they give us more understanding about our present world.  Learn more about those events and the people whose lives they impacted.

The Dead Sea Scrolls are arguably one of the most important historical finds ever. The scrolls were discovered in the Qumran Caves, near the Dead Sea in Israel. The manuscripts were written in Hebrew by, it is believed, a Jewish sect called the Essenes” who practiced a strict form of Judaism. The scrolls include both larger texts and small fragments.

The texts that have been found include passages from the Old Testament, including from the Book of Leviticus and the Book of Isaiah, which are of great historical, religious, and linguistic significance. There are some scholars who speculate that Jesus spent time amongst the Essenes and that a good portion of Christian philosophy derives from the teachings – even though the Essenes were traditionally observant.

The Dead Sea Scrolls continues to captivate the world. Their importance to both Judaism and Christianity has made them some of the most extensively-studied texts in the world. The known Dead Sea Scrolls were collected from 11 caves in the Dead Sea area and a 12th cave was located in 2017, though it didn’t contain any written scrolls or texts. Archaeologists continue to search for more caves and more texts which may well still be hidden in the area.

For centuries, scholars had tried to decipher the hieroglyphics of ancient Egypt, to no avail. Then, in 1799, French soldiers discovered a large stone tablet with three different scripts – Greek which was the official language of Macedonian-ruled Egypt, Egyptian demotic, the language of common Egyptian citizens of ancient times and hieroglyphics.

Thanks to that stone, previously unciphered parchments and tablets, as well as those discovered in the years to come, were readable, enabling archaeologists to understand more about the ancient Egyptian kingdom, the Pharaohs and the lives of those who once ruled the world.

Chinese farmers digging a well in 1974 found three deep pits that held terracotta sculptures depicting the armies of Qin Shi Huang, the first Emperor of China.  The sculptures included more than 8,000 soldiers, 130 chariots with 520 horses and 150 cavalry horses which were found lined up as if to set out for battle.

The intricately-sculpted pieces were molded in parts, fired, then assembled and painted with the goal of placing them near Qin Shi Huang’s mausoleum to protect him after his death. A number of additional terracotta non-military figures were found in nearby pits – they depict officials, strongmen, acrobats and musicians.

Qin Shi Huang’s reign from 246 to 210 BC was one of the most important periods in Chinese history. Qin unified the country, commanded the construction of the Great Wall and standardized the measurement units and currencies.  The Terracotta Army provides answers to many military puzzles that occupied Chinese scholars for many years including how the military array was arranged, what weapons the Qin army used, how the army units were set up, etc

For many years, historians taught firmly that the stories in Homer’s Iliad and the Odyssey were legends. The stories about the characters, the battles, the loves and the adventures were firmly in the realm of fantasy, the “experts” said. In particular, the Trojan War was said to be a memorable tale and the ancient city was a myth.

In the 19th century archaeologist Frank Calvert excavated a field in the Turkish city of Hisarlik and a few years later, Heinrich Schliemann defied ridicule and mockery to fund a dig that, he hoped, would uncover Troy and prove that Homer’s account was factual.

Scholars at that time simply didn’t believe that Troy had ever existed but Schliemann’s firm belief in Homer’s veracity proved to be correct. The excavation of Troy, which turned up walls that surrounded the city, multiple levels, caches of gold and other artifacts, is believed to be the greatest archaeological excavation of all time.

It must be pointed out however that the archaeological evidence doesn’t prove that the city was, in fact, Homer’s Troy, but it’s a significant archaeological discovery nonetheless and deserves to be noted as an important find in the exploration of world history.

The Nazca lines were discovered in the early 20th century when planes began flying over the area in the Nazca Desert in Peru. The lines are large, ancient geoglyphs that were created by the Nazca people approximately 1500 – 2500 years ago. To make the lines they removed the reddish iron oxide pebbles from the surface with the resulting depiction of animals, geometrical and human figures.

The lines cover nearly 1000 sq. kilometers and archaeologists realized that the lines are some of the earliest examples of applied geometry. Researchers have a number of theories about why the Nazcas made the lines – perhaps as part of ritual observances or part of some kind of study. But at this point, no one knows for sure and the Nazca lines are not only one of the biggest archaeological finds of all times, they are one of the biggest mysteries.

The Royal Library of Ashurbanipal was the library of the kingdom of Assyria and was built up by Ashurbanipal, the last great king of that kingdom. It dates back to the 7th century B.C. and holds more than 30,000 cuneiform tablets including the Epic of Gilgamesh, believed to be the oldest literary work.

The original excavation began in the mid-19th century in the Kouyunjik archaeological site in northern Mesopotamia (modern-day northern Iraq, near the city of Mosul). This was believed to be Nineveh, the capital of Assyria in ancient times. According to ancient documents, Ashurbanipal was a feared army commander but he was also an intellectual, and he passionately collected texts and tablets. Much of what is known today about the Assyrian empire and the ancient world of that time comes from the Royal Library of Ashurbanipal.

Enought history for now?  Pop on over to our SlotoCash games lobby and try out our history-based games.  Learn, play and win - all in a day's work!