Secrets from the Flight Attendants 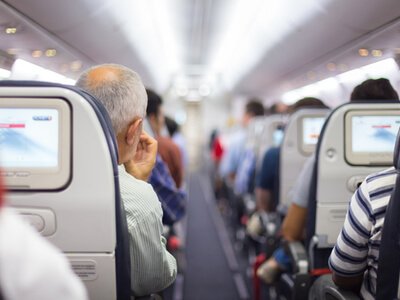 As part of our Sloto Life Style series, here are interesting facts to look for regarding air travel - something we are ready to get back to now that the skies are opening.

Regardless of whether you  like to watch movies on your flight, read a book, play online slots real money or simply take a nap, you’ll find it fascinating to read some secrets about airline travel in the 21st century.

Some of the most interesting and unusual tidbits include:

Shipping a person who has passed away is very expensive on an airplane, so to avoid those costs, it’s happened that passengers have tried to sneak a dead body into the cabin. The scam is usually detected before the body gets on the plane because, even using a wheelchair and sunglasses, it becomes clear to the security personnel fairly quickly that someone is trying to pull one over. Not always though – smuggling a body on board a plane has happened multiple times on Singapore Airlines, prompting the company to create a “corpse cabin” to store a body once it is identified.

A number of airlines have stopped serving Diet Coke because, at high altitudes, the molecules in a Diet Coke take so long to settle that it takes an exceptionally long time to pour out. A stewardess can pour out three drinks in the time that it takes to pour one Diet Coke at 35,000 feet.

Security at airlines confiscates a wide variety of items. Some are just weird – snakes and eels, pizza cutters, umbrellas, designer shoes with pointy heels – while others are contraband. One of the most-asked questions of security personnel is “what happens to those items after they are confiscated?”

The liquids are disposed of, not by pouring them down the sink, but at special hazardous waste sites since the security people have no way of knowing what substance is really in those shampoo and water bottles. Other items are either stored until they are claimed or, after 90 days, can be sold at auction.

Airline attendants are, increasingly, on the front line in the war against human trafficking. Traffickers often use commercial air travel to move their victims from one point to another. For several years, airlines have taken a proactive stance in training their staff to identify signs that a passenger is a victim of human trafficking.

If an attendant suspects that a passenger is being trafficked, s/he can alert the captain who will radio ahead to the next airport to request that the police be informed. Some of the signs that attendants look for include:

When the flight attendants greet you at the door, they’re doing a lot more than being friendly. They are giving you a once-over so that they know who is on the flight. They can assess your mood and prepare in case you look like you’re going to cause problems.

They can get a feel for whether you will be helpful in case of emergency or whether you will be high-maintenance through the flight. They see whether you’re showing signs of illness which may indicate that you shouldn’t be flying (especially important during these days) or if you seem to be trying to “bend” the rules for your own benefit (luggage that’s too big, no mask, etc).

Finally, assessing the passengers enables the staff to prepare if someone seems drunk or disorderly or if there are special needs people or someone with an injury or an elderly person who might need extra help.

Even before you get to the plane, you are under scrutiny. TSA agents are monitoring the security lines to stay on top of potential security risks. They are looking for people who avoid eye contact, are obsessively staring at their luggage or who want to “chat” about weapons and other dangerous things.

If a passenger has an intricate hairdo or is wearing a long skirt or other baggy clothing it will set off warning bells among TSA agents who need to keep an eye out for ways that someone might try to conceal a weapon.

Nervous passengers – those who appear wide-eyed, pale or shaky or who clear their throat a lot – will also attract TSA attention.

If you want to watch streamed movies, play online slots or do any other type of activity that requires Internet access you should check whether the airline on which you intend to fly offers Internet service. If the airline connects to Internet you can use your gadget by turning on the flight mode and accessing the plane’s username and password.

There are two systems of inflight WiFi connectivity - Air-to-ground and satellite. Air-to-ground works like a mobile data network. It’s a ground-based system in which towers project signals upward which are then collected by the onboard server via antennae on the airplane. The server converts the signals so passengers have Wifi.

Both methods involve considerable expense which is passed on to passengers who want to use Internet.