New Years Celebrations Around the World 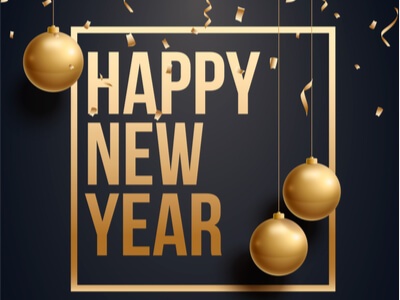 People around the world celebrate the New Year with symbolic acts and images that illustrate their hopes and desires for a good new year.  Some people party while others prefer to stay at home and start their New Year with a bit of extra cash when they play at the SlotoCash online casino. There are also special foods eaten at certain times, firework displays to ward off evil spirits, tree planting ceremonies and much more.

Check out some of the unique customs and traditions of New Years celebrants in locations around the world.

In Brazil, many people wear white and throw candles and white flowers into the ocean to celebrate New Years.  They do this as an offering to Iemanja, the Goddess of the Sea according to the Afro-Brazilian religions of Candomblé which originated in Bahia (located in the northeastern part of the country on the Atlantic coast). Locals believe that Iemanja has the power to bless mothers and children and bestow prosperity.

Italians also have a custom of getting rid of old pots and pans, old clothes and any other old items. The idea behind the practice is to banish unhappiness occurrences of the old year and make room for good things in the new year.  The unwanted items are often thrown from upstairs windows. In Northern Italy, some people even smash crockery outside their house to banish malignant auras.

In Scotland, Scots celebrate New Years even more than Christmas because Christmas celebrations were frowned upon by the Protestant Reformation movement of the 16th century. To mark New Years, the tradition of Hogmanay evolved. Some people say that name originates with the Anglo-Saxon 'haleg monath' -- 'holy month'.  Observances  include rituals that date back to pagan times when people would mark the end of the harvest and the end of the year with “daft days” of eating, drinking, bonfires and visiting.

Today Hogmanay  celebrations take place throughout Scotland. In many cities the three-day celebration begins with torchlight parades that include marchers dressed in Viking costumes, fireworks and street parties. Throughout the 3 days people visit each other’s homes. The visitors are called “first-footers”  and they bring black buns – a dark rye bread – to their hosts along with lumps of coal as a wish that the home will always be warm.

In Stonehaven, a remote area located on Scotland's northeast coast, there’s a fireball toss that’s part of the Hogmanay parade. Right before midnight on New Years Eve trained fireball tossers swing the balls of fire over their heads and then let them fly into the sea.

It’s also traditional for people in Scotland to remove any old ashes in the fire pit to symbolize clearing out the old year to welcome in the new one.

Spaniards have the tradition to stuff 12 grapes into their mouths – one each second after midnight – as a wish for good luck.  Part of the ritual involves eating the grapes with friends and family after the Nochevieja dinner or, in cities and towns, in the main square.

Each grape represents one month of the coming year.  The tradition dates back more than 100 years to the main square of Madrid, Puetra del Sol, when wine growers who wanted to sell grapes started the ritual. Some people even believe that eating the grapes wards away witches and other evil.

In Greece and Crete, New Years, or “Protochronia” is the time of year when people hang an onion on their door. The onion signifies rebirth and regrowth.  The origins of this tradition come from the squill, a sea onion that looks like a real onion and grows in Crete. These sea onions continue to flower and grow leaves even after being picked.

Placing an onion or squill on the front door on New Year's Eve indicates people’s belief and hope that some of the plant's resilience and good luck will rub off on them. On New Years Day, parents wake their children for Church services by smacking them in the head with the onion.

Many people go to parties on New Years in the United States and Canada but others prefer to stay home.  In many homes, the tradition has developed to get together with friends and play card games or to play at online casino sites - hint, hint -  in the wish for a prosperous coming year.

Mexico has one of the longest list of traditions for celebrating the New Year. One widely observed tradition involves leaving lentils outside your door, or eating lentil soup.  Lentils are associated with good fortune and abundance so the presence of lentils is believed to draw those good vibes your way.

Wearing red or yellow underwear is also a widely-observed tradition in Mexico – red for love and yellow for money and success. Many Mexicans also follow the Spanish tradition of eating 12 grapes in 12 seconds after the stroke of midnight on New Years.  And when you have your New Years’ drink in Mexico you should put a gold ring into the glass to bring you good fortune in the coming year.

On a more somber note, after you make a list of your New Year’s resolutions, you should also compile a list of everything bad that’s going on in your life, anything bad that happened in the last year and your negative thoughts. Then you burn the list to rid those things from your life.

Chileans go to the cemetery to celebrate the New Year in the company of their deceased loved ones. They view New Years as a chance to feel reunited with those that they’ve lost. Those that observe this custom say that it brings peace to the soul and serves as a reminder of how valuable life really is. It’s become similar to Mexico's Day of the Dead festivities.

Armenians throw pomegranates on the ground for good luck.  They believe that the more seeds you can spread on the ground, the more success you’ll experience in the new year. Armenians say that the shape and color of the pomegranate resembles the human heart and symbolizes life, health and fertility.

So how ever you wish to celebrate New Year's, here are a few extra ideas.  Stay with your own New Year's traditions, try out one of these new ones, whatever you wish - just enjoy the day and here's wishing you all good in the coming year.