Most Unique Wedding Trends of 2020 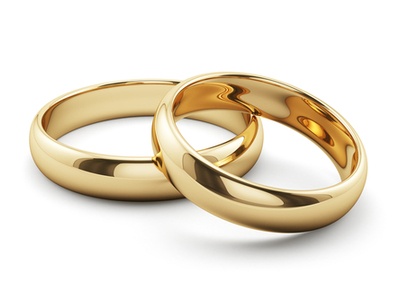 If you’re planning a wedding you probably don’t have much time to sit down and unwind. You’ll still have time to play casino slots and watch your favorite streaming shows but it’s important to concentrate on the wedding plans. Sloto Cash casino wants to pull you away from your favorite slots recreation with some material for you that will allow you to consider how you want your big day to proceed in this socially-distanced era.

SlotoCash casino presents you with a wide variety of ideas that will allow you to go ahead with your Big Day in an atmosphere that provides you with a restful, relaxing and safe day for you and your guests.

Sequel weddings aren’t new but they have been gaining in popularity over the last year. In addition to the pandemic, in today’s world where people are more spread-out than ever, a sequel wedding makes a lot of sense.

Sequel weddings involve multiple ceremonies. Instead of one big blow-out where dozens or hundreds of people gather to celebrate the nuptials, in a sequel wedding, 2 or more ceremonies are held in different areas which gives more people the chance to attend the ceremony that suits their schedule and geographical location.

There’s less reason to travel (unsafe), less reason to bring large groups of people together (unsafe) and no need at all to pose the question of whether to delay the wedding “until after.”

Some people have even opted to host a small wedding ceremony during the pandemic and plan to have a larger ceremony and celebration when event venues reopen and people can again gather in large groups.

The return of perennial flowers to the wedding ceremony isn’t COVID-related but it is a new trend which may continue on for years to come. Thanks to sites like Pinterest which displays some options that can be achieved with perennial flowers, more and more couple are opting to add this type of decorative element to their wedding day.

Perennial flower enthusiasts say that arrangements of perennials can involve more flowers and arrangements that mix fresh and dried flowers. Another trend in flower arrangements this year is the addition of pampas grass.

In a pandemic-related note, sometimes these arrangements can be set in such a way that a more socially-distanced ceremony can be maintained while keeping a beautiful and classic design.

A minimony involves a scaled down version of a big wedding. In addition to the couple and the officiant, there are a few close friends and family members and, if a meal is to be provided, the caterer. In general, the ceremony takes place close to home and generally includes the main elements of a “regular” wedding – food, a cake, first dance, etc.

One expense that is added to pre-2020 wedding ceremonies is a videophotographer who streams the wedding live to family and friends who “attend” virtually from anywhere in the world.

More couples than ever are opting for week-day weddings this year. In fact, weekday weddings are becoming the new normal.  The reason is a combination of convenience – if you have a mid-week wedding you’re not competing with other couples who all want that same Saturday or Sunday space – plus the knowledge that, since not as many people need to come, there’s no reason to hold the ceremony on a weekend when as many people as possible will be free to attend.

Zoom is making a killing from wedding planning which has now gone digital. Various hangouts including discussions between the planners and the families, the bridal party and others who are involved in the ceremony now take place online. Engagement announcements, bridal showers and in some cases, even the stag party take place either totally online or partially online (with some participants together in the room and others participating from their own homes through video-conferencing tools. The ceremony is often live-streamed to those who can’t attend as well.

It hasn’t escaped notice that, while the trend to have planning sessions and events themselves broadcast virtually cuts costs and saves time. Today, even people who might not have been invited to in-person events due to number constraints are being included because it costs nothing to have them participate as an on-line observer.

Big banquets are becoming less popular and many observers say that that’s a trend that will likely continue after the pandemic ends. Smaller weddings are more intimate (and less costly) and that’s appealing to many couples and to their families.

Some wedding planners are noting that, as weddings become smaller and more intimate, there’s more focus on detail – the fewer the people, the more the hosts can spend on the guests who are coming.  That means that the wedding party can upgrade the festivities to more elaborate food, more elaborate drinks, more elaborate floral arrangements, etc.

The meal following the ceremony will also look different – small tables instead of banquet style seating.

More couples than ever are eschewing gifts in favor of donations to worthy causes. Gift registries are seeing a downturn in the number and size of gifts being requested and of those being given.  For many couples, the pandemic puts things into perspective and they don’t want to be seen as greedy at a time when many people have less.