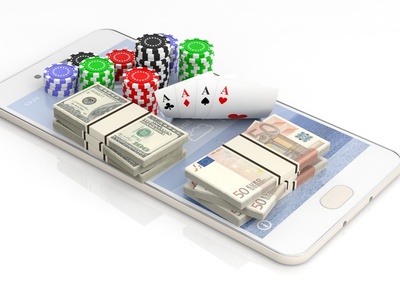 The online slots real money and mobile gaming industry is seeing unprecedented expansion, with a revenue increase that’s expected to grow from $68.5 billion in 2019 to $76.7 billion in 2020.

Some of the trends that we can expect to see in the coming year:

Advancements in cloud gaming will come more quickly, thanks to the proliferation of 5G. Global 5G adoption is here and it has the power to create bigger and better cloud gaming experiences.  In 2019, Google and Microsoft launched their ambitious cloud gaming solutions.

Melissa Zeloof, a spokesperson for digital advertising company ironSource was quoted as saying that “While it’s unlikely cloud gaming will replace consoles and PCs or convert a new audience of casual gamers to more traditionally AAA titles, every cloud has a silver lining. Like other new formats and vehicles for enjoying games have done in the past, we can expect cloud gaming to add another stratum to the market. By expanding the range of possible gaming experiences and creating more accessibility to traditional gaming titles, cloud solutions are likely to contribute significantly to the value of this rapidly growing market.”

Many industry insiders are predicting that in 2020, ad monetization revenue will increase. Game studios are focusing on monetizing their games’ growth through a focus on understanding players’ needs and expectations.

They will look at the channel that brought the gamer in, as well as how they engage with ads and IAPs (in-app purchases)  within the game. Ad revenue seems set to overtake IAP revenue in 2020, leading to a more unified marketing plan.

Game developers will explore adding a ‘Feeling First’ engineering approach to more games. This will include photorealistic graphics for a better gaming experience through a joint effort between developers and designers.  There will also be an emphasis on development of multi-player games with social elements through social media and Virtual Reality.

The hyper-casual gaming genre will stabilize. These gamers will no longer be targeted by aggressive ad campaigns but will rather begin to establish itself as its own genre, and not only a subgenre of casual games.

The global virtual reality video game revenue is expected to grow up to $22.9 billion in the coming year. Players will experience 3D graphics that imitate reality. This new technology is becoming the focus of game developers who are now more inclined to experiment with this type of game development.

At the same time, Augmented Reality games are also attracting attention, thanks to easy-to-use tools and exciting storylines. Watch for game developers to integrate AR elements into both console and mobile video games.

Gamers can look forward to seeing more arcade and console games adapted for mobile gaming. As Nintendo revives its arcade games for mobile and games such as PUBG and Fortnite gain in popularity, the industry seems ready to focus on making these games available for mobile users. The evolution is being fueled by the comeback of hand-held consoles in the form of secondary devices which, together with tablets and smartphones, are contributing to game developers venturing into the field with basic gaming apps and high-tech console-level gaming.

The game development environment is evolving into a more collaborative one as game developers focus on open-source projects for collaborative modifications to existing games. The emergence of the indie games scene is one result of this development which came about thanks to file-sharing that allows them to take games to new levels.

Game developers are working on bringing games to cross-platform access so that they can be played across all devices as per convenience. This involves coordination of design, graphics, and execution.

Game developers have started to experiment in the field of artificial intelligence with the latest technology and advanced game engines. AI is helping game developers playtest their games before release. Using AI helps the developers test the games and identify bugs within the gameplay. AI is also being utilized to optimize the game experience. In the near future a combination of AI and facial recognition may help designers create games that progress based on the gamer’s facial expressions.

There are many developments to look for in the mobile gaming industry in 2020. Studios will be engaging multiple tools and technologies as they experiment with game development.