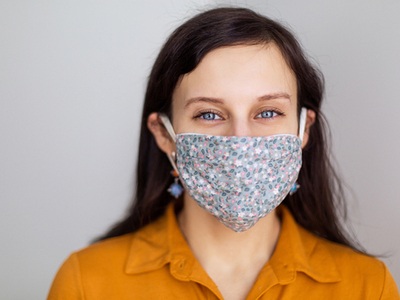 Although the stay-at-home reality of the coronavirus pandemic has been stressful, most people settled down to use the time to learn new skills, play new games, develop new interests and, as much as possible, make the best of the worrying situation.

Small numbers of individuals, however, have tried to take advantage of the uncertainty of the times to scam trusting and vulnerable people. Many of these tricks take place online so victims are scammed of their money while they’re at home, in an atmosphere in which they are supposed to be safe.

At SlotoCash online casino, we are committed to doing whatever we can to publicize these attempts to swindle honest, hard-working citizens. Here are some of the new dodges that have come to light in the last few months. As always, SlotoCash casino advises readers to research any website that is asking for money, make sure that the money is being transferred through a regulated online transaction service and, if there are any questions or concerns, to check with the local consumer protection agency.

2020 has been called the “perfect storm” in which scammers can disseminate online frauds. There are many different types of such scams which are being fueled by the pandemic, mass unemployment and a growing protest movement. Hackers thrive in this kind of environment. They count on people’s inattention to detail and their desperation to “get back to normal” and find solutions to seemingly insolvable problems.

Adam Levin, founder of CyberScout and cybersecurity expert is seeing the surge in online cheats from up close. ”We are now in the middle of what can be considered a perfect storm for scammers.” The current climate, says Levin, is setting the state for an “online scam trifecta”:

“The motive for scammers is, for the most part, financial gain,” said Levin. “The means is phishing, spear phishing, vishing (phone-based phishing), or smishing (SMS- or text-based phishing).” There are other ways as well, though those are the main methods.

What do scammers have to offer? “Anything that in any way touches something impacted by COVID,” says Levin. That includes health updates, stimulus check messaging to health updates, sales of virus-protection items and more.

In the United States, the Federal Trade Commission (FTC) has confirmed that since the March 2020 coronavirus outbreak, consumers and other victims of scams have lost more than $13 million. Levin isn’t optimistic. “Oftentimes the only reason you haven't experienced identity theft is simply because they have access to so many people and so much information, they just haven't gotten around to you yet.”

Some of the scams that are currently operating, and which you must watch for, include:

It seems that everyone’s go-to default to deal with the pandemic fall-out is to search for a charity. Obviously, people who are experiencing financial insecurities are looking for donations but, even though the numbers are big, they are still a minority. Many people who are financially solvent are interested in doing their part by giving to those who are less fortunate.

Scammers know this so they do what’s easy – they set up fake charities and then collect the donations for their own purposes.  Levin says that fake charities are easy to spot once you know what to look for. “During this disaster, there are legitimate organizations out there raising money to help victims of COVID and their families,” says Levin. But you can’t pass along your credit card information willy nilly. “There are scammers out there that come out with fake charitable requests. The avenues that these can come through are obviously email, and then we have ‘smishing,’ or SMS phishing.”

Smishing involves text messaging from a phone number that claims to represent a charity. The “mark” is asked to donate online. Once the money is sent, that’s the last that anyone sees of it. The FTC warns that potential donors should be aware of vague claims about how the money will be used, messages thanking the recipient for a donation never made and messages that convey a sense of urgency.

To determine which charities are legit and which aren’t, check the Charity Navigator website at https://whoelse.ca/.

Around the world, the unemployment rate is in the double digits. The pandemic has closed entire industries and has caused people to lose their jobs with no notice or time to prepare. These job seekers are vulnerable to employment scams and scammers know that – they send out fake job offers using social media, banner ads, emails and other methods of communication. According to Levin,  people “don't realize that if they respond to certain work-at-home type jobs, they could be opening themselves up to losing money or having their identity stolen.”

How do these scammers work? They ask you to send money, generally by credit card, to cover “upfront costs.”

Another scam is when the “company” sends money to your account and then asks you to refund some of the money (due to “accidental overpayment” or need to pay taxes, etc).  You do so, believing that the payment is in your account, but then the transaction is reversed and you not only lose the money that was supposedly paid to you, but also the money that you refunded.

Stimulus payments were issued by the IRS to American taxpayers in April 2020.  Some payments were deposits in the taxpayers’ bank accounts while others were mailed to the recipient. Hackers have been hacking into people’s personal accounts for years but the prospect of billions of dollars being distributed all at once has given them even more opportunities to grab people’s money.

Hackers can steal your passwords to your email, bank and other accounts quickly with a link to a fake website. The hacker sends you an email with the link and as soon as you click on it the hacker can get ahold of everything – your social security number, your bank account log-in information, etc.

So it’s important to know that the IRS, which issued the payments, will never contact you by phone, text, social media or email.  But….you may get such a message from someone who says that they’re from the IRS, and who may even have an IRS logo on their message. Such a message may ask you to confirm personal information, “inform” you of suspicious activity  in your IRS account or even suggest that you check your account to determine when your next deposit will arrive – all at the website that’s conveniently embedded in the email.

That website, of course, takes you right to the hacker’s site and the hacker will easily collect your IRS information….and then, your stimulus payment.

If someone steals your identity, they can use your identity to file a fraudulent tax return and collect the “return” – well before you know that such a theft has taken place.  Then you are left to face the IRS.

With this type of identify theft, you aren’t baited and don’t even know that someone has used your identity until you try to file your own tax return.  Identity thieves have been using this scam for years but this year, with the deadline for tax returns pushed off until July 15th 2020, there’s even more opportunity for an identity thief to steal your identity.

The scam works when a scammer files a false return using all your identifying information. The return includes fake deductions which means a big refund – with the refund going into the scammers’ account. Only when the individual tries to file his own tax return, the scam is revealed. During the first 2 months of 2020, the IRS identified $135 million in this type of fraudulent tax returns.

The basic information that the scammer will need to perpetuate such a scam is your social security number, though some other information is needed. What’s scarier is that, once the identity thief has enough information to file a fake tax return, he has enough data to continue on to steal from the victim’s credit and bank accounts and other financial accounts.

There have been a lot of fake sites claiming to sell personal protection equipment. Levin reminds consumers that “You have to be really, really careful about any link that you click on”  The FTC has identified sites that well equipment, take your order and never send the product. The scam is called “pharming” and it’s growing as shoppers look for better and more comfortable face masks.  It’s also worrying that, by making the purchase, you are sharing your payment information with scammers.

If you need to buy PPE, be careful that you make the purchase only through a reputable company or distributor.