i Zombie and the Sloto Cash Casino i Zombie Gaming Adventure 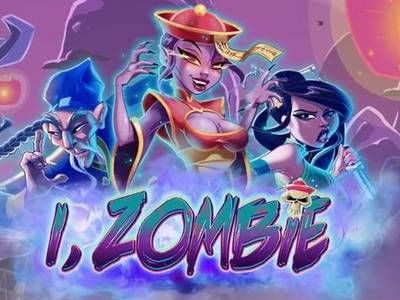 Michael Jackson’s Thriller, the TV show The Undead  and other pop culture representations of zombies have awakened interest in the tales of zombies, moving the stories from Haitian voodoo culture into mainstream conversation - and then right here to Sloto Cash Casino!

According to Haitian folklore, zombies are reawakened corpses. They are strong, robotic beings whose only goal is to eat. It’s believed that the idea of a zombie originated in ancient Greece where fear of the undead worried many common people. Archaeologists have found graves with skeletons that were pinned down with heavy objects, seemingly as a way for the living to prevent the dead from returning to the world.

Many zombie believers say that belief in zombies is based in the Bible. They point to Biblical references to bodies being resurrected or reanimated, in particular, in the Book of Ezekiel where Ezekiel prophesies to a bunch of dry bones and then sees the bones start to shake and regrow muscle and flesh. These beings reanimate though, according to the Book of Ezekiel, “there was no breath in them.”

Adherents also point to the Book of Isaiah where it is written, “Thy dead men shall live, together with my dead body shall they arise. Awake and sing, ye that dwell in dust: for thy dew is as the dew of herbs, and the earth shall cast out the dead.”

Some scholars say that many zombie stores are associated with an apocalypse due to the passages that can be found that point to the resurrection of sinners and saints in the end times in both the Old and the New Testements.

The first mention of zombies in literature dates back to 1697 when zombies were describes as ghosts or spirits.

The next time that zombie folklore is recorded was in the 17th century in Haiti where slaves spun tales about zombies who, some anthropologists believe, represented freedom. They incorporated stories of zombies into their voodoo religion which was based on the religious beliefs that they brought with them from West Africa. Voodoo began to be practiced throughout Haiti as well as other areas of the Caribbean, the American South and Brazil. Belief in zombies wasn’t adopted by all voodoo practitioners but for many, it is an integral part of the belief system.

The first zombie film was White Zombie which was released in 1932. In 1962, zombies started to acquire a cult following. Night of the Living Dead became a cult classic and two film that followed it,  Day of the Dead and Dawn of the Dead (all directed by George Romero) cemented the genre as one that enthralled horror film buffs. The films also inspired a new interest in zombies and they were depicted as increasingly realistic and gruesome as the years went by.

Zombies made it to TV with shows such as iZombie, Helix, and the ultimate terror -- The Walking Dead. The shows featured post-apocalyptic zombies in feeding frenzy trances. The Walking Dead debuted in 2010 and it is still going strong, with new episodes planned for the 2020 season.

Those who believe in zombies consider zombies as those revived by bokers – voodoo practitioners – who use bones, animal parts, fish, shells and herbs to create “zombie powders.” Those powders

contain a deadly neurotoxin found in marine species such as pufferfish known as tetrodotoxin. Tetrodotoxin, used carefully, can cause zombie-like systems such as mental confusion, respiratory problems and difficulty walking. In higher doses, ingestion of tetrodotoxin can cause a coma-like state in which the victim is paralyzed and appears dead. There have been stories of such individuals who were buried alive and then revived and were then believed to be zombies.

A number of credible reports have been published that give credence to stories of people having been paralyzed by tetrodotoxin, buried, and then revived after having been exhumed. They include a case in which a Haitian woman was buried in a family tomb and reappeared three years later. Her tomb was found to have been filled with stones.

In another case, Clairvius Narcisse slipped into a coma in 1962 after having been admitted to a hospital with respiratory problems. Narcisse was declared dead was buried but 18 years later his sister was approached in the village marketplace by a man insisting that he was Clairvius. A large number of people, including family members, identified him. Narcisse claimed he had been buried alive, then dug up and sent to work on a distant sugar plantation.

Why are we so fascinated with zombies? One theory is that, since WWII, survival of the fittest has been a common theme that much of the modern world has embraced. The Center for Disease Control even famously took advantage of the obsession with zombies to issue a “survival kit” suggestion about what people should have in store so that they can survive a catastrophe. They called it “Zombie Preparedness” and it was a huge hit.

Regardless of whether you are fascinated by zombies, frightened of them or you simply consider them an interesting cultural phenomena, you’ll enjoy the new RealTime Gaming i Zombie Slot machine.  i Zombie brings  zombies together with monster hunters as they struggle for control in the Far East. i Zombie isn’t one of the spookier zombie broadcasts. The slot protrays zombies as engaging, comic-type characters thanks to whimsical animations and engaging graphic images.

i Zombie slot machine focuses on the whimsical side of zombie-mania. Zombies aren’t generally a part of Eastern traditions but in this slot the zombies take over the Far East. They wander through traditional Chinese houses, bridges, Chinese lanterns and the sinister wizard who keeps the i Zombie under his control.

This is a 25 payline slot which means that you have the choice to enable as low as zero(if you want to play for free) up to 25  lines per spin. Minimum stakes are set at .01 per line which means that you can play at a budget level and get all of the gaming entertainment of a high-stakes player, meaning that you can enable all of the paylines for as little as .25 per spin. VIP gamers can deposit up to 125.00 per spin.

A, K and Q are the low payout symbols in the game. High payout symbols abound  including the skeleton which is valued at up to 500x per spin and the Golden Bell which pays up to 250x your line stake. Combinations with the zombie-fighting girl are worth  1,000x the amount wagered on the line. The Wizard is valued at up to 1,250x per combination while the zombie is the most important symbol which  returns up to 2,500x the line stake.

If the Zombie Wild wanders onto the reels he can substitute for any other symbol and create extra real money payouts.

In the i Zombie free spins feature you can collect 2x, 10x or 200x the total wager if you spin 3, 4 or 5 mirror symbols. You receive two free spins for each mirror. If the i Zombie wild appears during a free spin it acts as the wild and gives you more opportunities to achieve your winning payouts.

For a fun-filled zombie adventure, sign into your Sloto Cash casino account to play the thrilling i Zombie online slot.