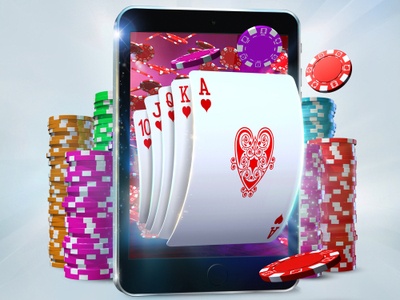 Some casino games rely on pure luck. Slots for example, the most popular type of casino game, involves no skill or decision-making whatsoever.  Everything is based on what the Random Number Generator gives you. Whether or not the spin results in a matching combination, that’s a random occurrence and there’s nothing that you can do to change it.

Sloto Cash casino video poker is a different type of casino game. Of all the games at the casino, it’s the one that involves the most player skill and strategy. The RNG determines the cards that you get but what you do with those cards is up to you.

There’s a lot going on behind the scenes at the casino that you should know in order to help inform your decisions and play a better game when you play video poker.  Some of the most helpful ideas include:

Players hold onto their money at a higher rate when playing video poker than when playing online slots. Slots is a more popular casino attraction but if you’re on a losing streak, you lose more faster when you’re playing slots than when you play video poker.

Most players are at least somewhat knowledgeable poker players. They have basic experience with the rules of poker and, even if they don’t know basic poker strategy, they make the “right” decisions at least part of the time. That small bit of knowledge results in a pretty good payback percentage – definitely better than that of slots.

Some video slot payback percentages can even reach 98%.

If you want to have a better understanding of your chances to win at video poker you should review the probabilities of each game. For instance, a royal flush comes up once every 40,000 hands (give or take) but you could play 80,000 hands and still not see a royal flush.

That’s because any time you’re dealing with something random, the probabilities involved don’t kick in until you reach a large number of trials. So in the short term, you might see 3 royal flushes in 40,000 hands. But in the long run, the laws of probabilities will come to fruition and you’ll see the number of royal flushes that matches the mathematical statistics.

You probably won’t play 80,000 hands of video poker, or even 40,000.  But  even small casinos have hundreds of machines where hundreds of customers make hundreds of bets per hour. So the casino  can predict, with some degree of accuracy, the kind of profits they’ll generate.

There’s nothing you can do to predict. When you keep in mind the random nature of the video poker machine, you’ll be more able to put your wins and your loses in perspective.

You can create a better strategy using a computer. There are many different types of training programs that help you refine your strategy for common video poker variations.  There’s a cost for these programs but if you are a dedicated video poker player you may find that it’s worth it.

The programs simulate games on your computer which you play for free. If you make a strategic error the program will alert you and will provide an explanation of what you should have done and how you can correct the mistake.

You never really know how well you’re playing until you have a tutor who can correct you over a large number of hands. You probably don’t even know that you’re making mistakes but training software can redirect you to a more rewarding poker event.

One Game at a Time

As you set out to learn video poker you should focus on learning one game at a time.  Aside from classic poker, Joker Poker is a good, simple, user-friendly game with which you can start out. Once you understand Joker Poker it’s a lot easier to understand the other Video Poker variations.

After you get a handle on the fundamentals of a few games you should explore how the pay table works. Once you know what the payout is for a full house on each game as well as the payback percentage you’ll be able to compare and contrast as you decide which machine you want to play. It’s also not a volatile game so new players won’t get frustrated by long losing streaks.

Pros suggest starting out with Jacks or Better because, aside from it being a fairly easy game and having an easily understandable strategy, if you play Jacks or Better with perfect strategy the payback percentage is 99.54%. That means that the house edge is only 0.46% so it’s a good game for beginning poker gamers.

Not All Poker Machines Are Created Equally

Some video poker games aren’t really video poker games. They are slot machines that LOOK LIKE VP machines. That means that they’re played like slots and the results of every spin are totally random. You need to ascertain that you’re playing on a Class III Machine such as the Sloto Cash Video Poker.

Class III machines have detailed restrictions on the kind of odds that they offer and the kinds of random number generators they can use. Such machines are strictly regulated and offer real poker play.

Regulations for Class II machines vary widely. Sometimes they simulate a bingo or lottery game. Such games are random but they don’t offer the same kinds of odds you’d expect from a deck of cards. That means that there’s no way to know what to expect from the payback percentage on such a game and the odds aren’t any better than the odds in any slot machine.

If you’re playing Sloto Cash Video Poker you can be assured that you will enjoy the most interactive and engaging poker experience available online.