How Can You Promote Brain Health? 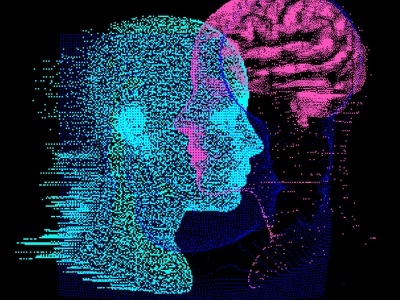 Regardless of whether your passion involves promoting a new start-up, advancing an artistic project or simply relaxing over a game of Sloto online slots, you want to do everything that you can to make sure that your brain is functioning at its best. The brain is one of our body’s most critical organs – you can manage without your spleen or a kidney or transplant a lung, liver or heart. But your brain is YOU and it, more than any other body part, determines how you proceed through life.

We are all born with certain brain functions but the brain has endless capacities for expansion. Some of your cognitive functions are dependent on genetics – for instance, Alzheimer’s Disease can be hereditary, people from artistic backgrounds are more likely to be artistic themselves – while others are determined by whether the right side of your brain is dominant or your left side overrides your decisions and actions.

There are, however, many things that you can do to boost your brain’s capabilities.

Linguists, psychologists, educators and others have been arguing for centuries about how bilingualism affects the brain. For many years experts advised parents to stick to exposing their children to one language in order to prevent confusion and over-taxing the brain. Today, the advice is exactly the opposite – researchers believe that exposing children to two, even three or more languages stimulates the brain. Learning a 2nd language as an adult – even as an older adult – may even help delay the onset of Alzheimer’s disease.

Language –learning seems to positively affect the mental processes of the brain -- cognition.  Cognitive benefits of bilingualism  include enhancement of skills that allow a person to control, manage and direct their attention. These executive function skills are useful in training you to ignore irrelevant information so that you can focus on what’s important. Both tasks, language and avoiding distractions, use the same areas of the brain but the muscle memory that is developed from using two language is relevant to other skills as well.

Multiple studies have shown that learning a second language, even when you are older, can alter the structure of the brain’s pre-frontal cortex which is the area of the brain that is responsible for advanced processing. Gray matter volume increases and becomes denser so the brain actually develops cells, keeping the brain healthier and more active. It also promotes the integrity of the brain’s white matter so as you age, the connections between the brain’s neurons is strengthened.

In short, if you know one language, make an effort to learn a second. And if you already know two languages, try a third!

Gamers who play video games also experience similar benefits. Studies show that, because players must learn to stay within the rules of the game, they have to devise strategies and make decisions that allow them to deal with different situations that come up during the game while following the rules.

Video gamers demonstrate a higher degree of multi-tasking and improved spatial navigation. A review of studies published in the Frontiers in Human Neuroscience demonstrates that video gaming changes, not only the performance of the brain but its structure as well.

Many other types of games promote similar beneficial results in players.

It makes sense that your diet would help keep your brain healthy – after all, we are what we eat. Many types of foods have been shown to be particularly beneficial as brain-boosters. They include:

Eggs are high in the choline nutrient which has been shown to boost brain health. Once you ingest the  chlorine it converts into acetylcholine, a neurotransmitter that helps brain cells communicate with each other. Choline is used in the construction of brain membranes including phosphatidylcholine and this may help preserve brain function and memory.

Taking care of your brain involves a lot of pleasurable actions – games, good food, interesting study…..enjoy yourself while you take care of your noggin!