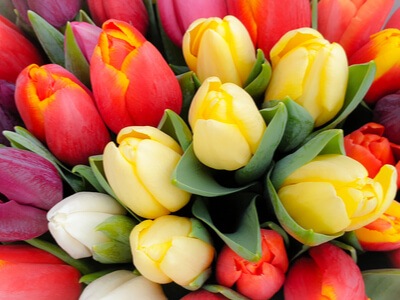 Generations of TV fans were enthralled with the ‘60s Beverly Hillbillies show that ran for 9 seasons and stayed at or near the top of the Nielsen ratings throughout its entire run. Beverly Hillbillies reruns are still among the most popular shows as people around the world enjoy the engaging naivety and homespun simplicity of the newly-rich Clampett family.

Now, Slotocash casino invites you to participate in the Clampett’s search for ways to spend their money when you play either of the online casino real money Hillbilly games, Hillbillies online slots and the Hillbillies Cashola slot machine.

The heartwarming tale of a hillbilly family that discovered oil on their Ozark farm and moved to Los Angeles was a cultural phenomena of the ‘60s. Family patriarch Jed, old Granny, young stud Jethro and sweet Elly May swept onto the TV stage in 1962 and became household names overnight. The show had something for everyone – mostly simple laughs along with some sophisticated humor and storylines with deep moral messages about commitment, honor and family responsibilities – it was on air for 9 seasons and led to spin offs, merchandising and remakes.

The show’s plot was based on the premise that a simple Ozark family found oil on their land which turned them into millionaires. They headed out to California where all around them were the trappings of wealth and sophistication, but within their mansion, they held to their old customs and way of life.

Beverly Hillbillies was panned by every critic of the day but the public adored it. It quickly became the most watched program on television and even after its heyday of the first year, it was never far from the top of the Nielson ratings.   At one point,  44-percent of all televisions in America had the show on simultaneously.

One of the show’s reoccurring plotlines involved family patriarch Jed who, while a simple Ozark hillbilly, was also quite shrewd and savvy when it came to keeping his money safe. He had to deal with the banker, Mr. Drysdale, and always managed to stay on top of the complicated financial issues affecting his bank account.

The Hillbillies slot will introduce you to the engaging characters that kept millions of people amused during the Beverly Hillbillies’ successful run. In the first of the series, Hillbillies online slot takes you on an adventure with Ozark shacks, moonshine, hogs and a friendly bloodhound. The main Beverly Hillbillies characters also appear including Jed, Jethro and Elly May who multiply your payouts and multiply the fun.

Jed, Jethro and Elly May are the game wilds in this 20 payline game but you have to be careful that they appear on the right reels in order to substitute for other symbols and create winning paylines. Jed needs to show up on the first reel, Elly May on Reel 3 and Jethro must come up on the fifth reel where they will substitute for other symbols and multiply your cash rewards by 2x – 5x. They can also multiply together in pairs or, if all three show up at once, you receive a 10x multiplier.

Bloodhounds are the high scoring symbol with hogs and shacks right behind. The free spins round is triggered when 2 or more hillbillies emerge on the reels together. When that happens you receive 8 free spins with all wins doubled.

When all 3 hillbillies appear together you will also be awarded with an instant win of 10x your total-bet, whilst 2 or more hillbillies on the reels will trigger 8 free games with double prizes. if Jed, Jethro and Elly May show up together on a free spin the win is multiplied by 20x.

Hillbillies also features a random progressive Jackpot which can be triggered at any time.

Throughout the game you can bet as little as 0.01 coins per spin or as much as 100 coins on a spin which makes this the perfect game for big bettors and budget players alike.

The hillbilly fun continues with Hillbillies Cashola online slot in which a different trio of hillbilly characters take you on an adventure of fun, excitement and real money payouts. There’s a progressive jackpot in this game which grows from one round to the next, meaning that if you spin the spin that triggers the progressive jackpot, you could walk away with tens of thousands – even hundreds of thousands – of dollars in real money wins. Once again there are 20 paylines with the betting starting at $0.01 per payline.