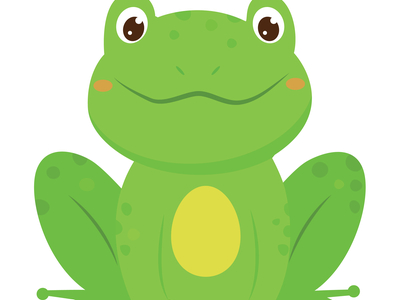 Frogs are very symbolic in the legends and tales of many cultures. In particular, European fairy tales often feature frogs as purveyors of good news and good fortunes. Now you can explore the luck that these amphibians bring and collect some of your own lucky wins with the new Frog Fortunes cash casino online slot.

Frogs exist on every continent except for Antarctica. They feature in the proverbs of many different countries. Greeks talk about a frog who swelled up until he burst while in Holland, it’s said that “the frog will jump back into the pool, although it sits on a golden stool.”

The Chinese are philosophical, saying “Never try to catch two frogs with one hand” and in Nigeria, it is said that “the frog does not jump in the daytime without reason.”

Frogs have been symbols of fertility since ancient times in many different cultures, notably in ancient Mesopotamia and Egypt where the people revered frogs as creatures who bestowed abundance in many different spheres.

Romans associated frogs with harmony and classic fairy tale authors from Aesop in ancient Greece to the Grimm Brothers of Germany. Grimm Bros. tales tend to reflect the continuing held beliefs that frogs are creatures who pop their  heads out of rivers, woods, wells and springs to announce a forthcoming pregnancy.

Other frogs appear in children’s stories in which the frog is portrayed as a prince who, for some reason or another, was changed into a frog and is waiting for a magic potion or action that will change him back.  Many commentators trace this back to the changes that frogs undergo through their lives, first in water and then on land.

Frogs are first laid as water-borne eggs and then they hatch into sperm-like creatures from which legs emerge (tadpoles). When they become froglets they grow legs and that allows them to become adult frogs. All stages but the final one take place entirely in water. This also makes them symbols of metamorphosis.

There are numerous frogs in modern culture, most notably the loveable Kermit the Frog who, for almost 60 years, has been enchanting children with his wisdom and antics on Sesame Street. In the early days, Kermit was a vague, lizard-like creature but after Johnny Carson referred to him as “Kermit the Frog” in 1971, he was forever inducted into modern culture as a frog. Kermit was, perhaps best known, for his song Bein’ Green in which he sends the message that it’s OK to be different.

Next to Big Bird, Bert and Ernie, Miss Piggy and Cookie Monster, Kermit is, perhaps, the best known of the Sesame Street characters. He went on to star in other Muppets features including The Muppets Show. Kermit’s place is forever sealed in history as the recipient of an honorary doctorate of Amphibious Letters from Southampton College.

Frogs aren’t just popular in old classic. They feature in many modern media. A human, Harold, returns to his natural state as a frog in Shrek II and a webcomic called Boy’s Club features Pepe the Frog. In the gaming world, a number of Pokemons feature frogs and toads including Seismitoda, Greninja, Poliwrath and Politoed.

Some fun facts about frogs include:

If you want to learn more about frogs and enjoy their antics, open up the SlotoCash Casino where you can play the fun-filled, interactive Frog Fortunes online slot for free or for real money prizes on your PC or mobile device.

RealTime Gaming takes you through the marshlands of the swampy marsh on a visit to Mr. Frog’s home in this real money, 2000x jackpot gaming extravaganza. The game is a five-reel, 20 payline slot and is suitable for both high-stakes and budget gamers with bet sizes that start at 0.20 coins and can go up to 100 coins. Maximum wins is 250,000 coins.

The game hops through the bog to the frog’s moss-covered shack when you’ll see him alternating between banjo-playing and porch-dozing. The whimsical slot is enhanced by the well-designed graphic images and the attention to detail including an old Louisiana license plate dropping down from a car bumper to display big wins and alerts for smaller wins sent out by an old tire hanging on a rope. Throughout the game the frog’s banjo plays alongside win count and reel spin sounds.

Game symbols include a whisky jug, a fish and a bucket full of gold coins. The frog with his banjo is the Wild Symbol and appears on the first, third and fifth reel to substitute for other symbols and complete winning paylines. The game’s logo is stacked whenever it emerges on the paylines which will then award the maximum win of 500x your stake.

There are nine separate special features in this game including:

With a generous RTP of 97.05%, cascading symbols, 20 paylines and nine different special features, this is a game that shouldn’t be missed!