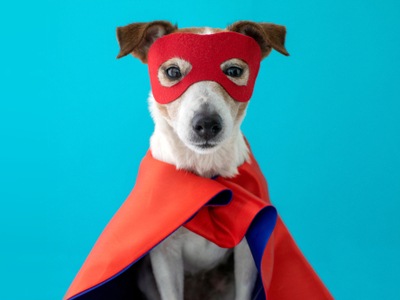 Slotocash online casino wants to pay tribute to the hero dogs among us. Some of the animals featured in SlotoCash casino’s slots lobby have different types of reputations. The Builder Beaver slot honors a diligent and hardworking creature while the lion in Lion’s Lair slot machine puts the King of the Jungle on display for all to see.

Dogs however are special in their own way.  Dogs are known as loyal and trustworthy pets. They have been man’s faithful companion for tens of thousands of years through thick and thin.

Read on for some amazing stories about astounding dogs who changed events, saved lives and made the world around them a better place.

Killian, a black lab and German shepherd mix, was generally a friendly and docile dog so when she started to growl at the Hope family’s babysitter, the parents, Benjamin and Jordan Hope, realized that they needed to pay attention.

The Hopes had hired Alexis Khan and they thought that she would be the perfect loving caretaker for their five-month-old son. They ran a background check on Khan and got references, so when they hired her, they were confident that their son would be in good hands while they were at work.

Killian, however, became very antagonistic to the babysitter very quickly. The Hopes paid attention to Killian and stuck an iPhone under a couch cushion so that they could hear what was going on while they were away. What they heard shocked them. Khan yelled at the baby and there were sounds that sounded like she had slapped and shaken the child.

The Hopes called in the police immediately who were able to get a full confession from Khan. She pleaded guilty to assault and battery and was sentences to three years in jail. Her name is now on a registry of child abusers which will prevent her from ever working with children again. Jordan asks, "Who knows how many children she has abused or how many more she would have had it not been for our dog."

Killian went on to be trained as a psychiatric service animal.

The pit bull is a dog breed that’s gotten a lot of bad press in recent years. Many pit bulls are aggressive but when you read about Maya, you might decide that the pit bull is a breed that should be given a chance. Maya was waiting at home for her owner, Angela, to return from a birthday party. As Angela opened the door to enter, a figure lurched out from the shadows and grabbed her.

In desperation, Angela called out to her normally gentle pet, “Maya, get him!” Within minutes, Maya had latched on to the stranger, tearing and ripping his arms. Maya proved too tenacious for the attacker to overcome and he fled from the house.

However, Maya had another part to play in this incident. Her efforts to protect her owner resulted in drawing blood and the police were able to take a sample from her fur and identify the attacker’s DNA. The police used that sample to identify the attacker which greatly calmed Angela and her young son’s fears of a second attack.

Maya continues to be a hyper-vigilant protector of Angela and her son. Maya was named hero dog of the year 2008.

Golden Retrievers are recognized as easy-going and calm but there was nothing easy-going about Brutis on that day in 2004 when he saw a venomous coral snake slithering close to a young child. Coral snakes are rarely seen but when they bite, their venom can paralyze a person’s breathing muscles, causing respiratory failure within hours.

Brutis went against every possible self-preservation instinct in grabbing the snake in its mouth and dragging it away from the boy. The snake bit Brutis and he almost died but he survived the bite and was flown to Los Angeles to receive the National Hero Dog award.

Schnauzer Ginny has saved hundreds of cats during her life including cats and kittens stuck in dumpsters, alleyways, abandoned buildings, shelters, etc. Ginny herself was a rescue – found with her 3 puppies in an locked closet where they had been left with no food or water. The shelter vet almost euthanasiaed the little family but they gave them a chance and she and her puppies were adopted.

Ginny’s new owner soon found out that Ginny had an incredible instinct for finding ill and injured cats. Alleys, construction sites, abandoned buildings…..she sniffed them out and “convinced” them to follow her to safety by gaining their trust.

One of her exploits involved sniffing out a litter of five kittens who were stuck in a pipe. She pawed at the pipe until it fell and the kittens tumbled out. None of the cats or kittens ever seemed to show any fear of her and they all came to her willing.

On visits to a local shelter, Ginny made “friends” with specific cats, usually those who were disabled in some way, which her owner then adopted. Her instinct to save wasn’t limited to cats though – once, when a blind man almost walked out into traffic, Ginny stood in front of him and barked until he turned around.

She was named “Cat of the Year” by the Westchester Feline Club. Her story was immortalized by her owner in two books, The Dog Who Rescues Cats: True Story of Ginny and The Blessing of the Animals: True Stories of Ginny, the Dog who Rescues Cats.

Ginny died at age 17, a ripe old age for a dog. But her legacy lives on in The Ginny Fund which her owner runs to continue helping the stray and feral cats of Long Island.

Roselle’s story is a guide dog for the blind who guided her human through the smoke and terror of the 9-11 attack on the World Trade Center to safety. Roselle guided her owner and another 30 people down the stairway so that they could escape from the building before it crashed to the ground. She showed no fear as she navigated the rubble and smoke, focusing on the goal of getting out. Once out of the building, Roselle guided her owner safely all the way back home.

With that warm, cozy feeling knowing there are dogs and cats out there looking out for us....login to Slotocash online casino and play some of our animal-themed slots....respect!