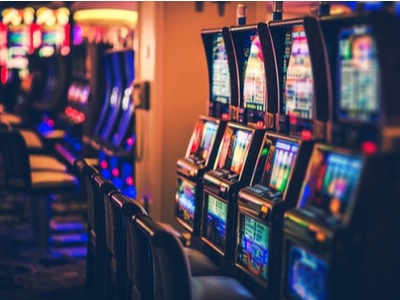 SlotoCash online casino slots is one of the most popular gaming events around the world. Slots enthusiasts are generally content to search for the best, most interactive and most interesting machine to meet their gaming requirements. There are  dozens of game developers and thousands of slots options with new releases coming out every month.

Slots has always been an easy game to play – you spin the reels, line up matching symbols and collect rewards. You don’t have to master or memorize strategies or rules. Playing a slot machine means selecting the coin level at which you want to play, betting on the paylines that you want to activate, hitting the spin button and watching as the symbols fall into place.

You don’t NEED to know any more than that, but you can enhance your gaming adventure by exploring some interesting and unique aspects about slots.

Some of the most fascinating facts include:

Slots, which is highly popular around the world, originated in the United States. The first slot machine was a three-reel  coin-operated gambling machine that had an automatic cash payout.  It was activated when the gamer dropped coins or tokens into a slot on the machine and pulled a handle or pushed a button.  That would active the reels that were marked into horizontal segments by the symbols

The machine delivered payouts by dropping coins into a cup or trough. The payout was based on the number of symbols that lined up when the rotating wheels came to a rest.

In the early years the machines were often called “fruit machines” because some of the symbols were fruit – cherries, lemons, watermelons, plums and oranges. The word “jackpot” and bar” also appeared.

In addition, since the machines were oftentimes housed in drug stores or other venues where food was sold, the payouts were sometimes fruit!  Fruit came to be strongly associated with these early slots and in the UK they are still known today as “fruit machines.”

You may read articles where the author tries to tell you “how to win at slots” or “things that you can do to increase your slots combinations” but there is actually no sure strategy or trick to win a slot game. There are recommendations – play jackpot games/don’t play jackpot games, look for slots with a lot of free spins, look for a slot machine that has multipliers, etc. But when push comes to shove, there is no strategy or trick that makes a big difference in the outcome of a game.

That’s because there’s a Random Number Generator that dictates what symbols will come up on the reels after each spin. Meaning, it’s all random.  So on the one hand, you can be sure that the machine is not rigged and that the spins are unsystematic.  On the other hand, there’s nothing that you can do to skew the results of a spin.  Your decisions revolve around which game you play, what lines your enable with a bet and how much you bet on each line.

As mentioned, in the UK slot machines are still called ‘fruit machines’. In New Zealand and Australia they are referred to as the ‘Pokies’. In Vegas, even though they are not fully automated, some people still call slot machines a “one-armed bandit” which refers to the “one arm” lever that used to be featured on these machines.

Over the years, many people have tried to scam physical, Vegas style slot machines. It was easier to scam slot machines before the automatic hopper and the random number generator were introduced but it’s never been easy and today, modern technology makes it harder than ever. However, there have been some successes over the years, the most recent occurring just a few years ago using mobile technology.

Don’t forget that different winning combinations offer different payoffs. The harder a combination is to get, the bigger the reward. This is called the “payout percent.”

This scam is, evidently, still operating, though now at an even more technologically-advanced level. Game developers can thwart this scam using encryption that protects the PRNG’s mathematical secrets but that doesn’t protect the older, compromised machines that still populate many casinos.