Experts suggest playing multiplier slots for the most profitable outcome when playing at online casinos . But why should you play multiplier slot machines at Slotocash? Slot games that include multipliers allow you to increase your winning payouts. You can double, triple, and quadruple your win or multiply your winnings even more if the multiplier is big enough.

There are slot machines that give up to a 10x multiplier, making them lucrative machines which can result in considerable payouts.

What are Multiplier Slots?

If you find a slot machine with a multiplier, you will enjoy bigger payouts. A multiplier is one of the most rewarding features in a slot. You don’t have to do anything extra to get the multiplier – it appears automatically and immediately multiplies your payout.

You can’t assume that a slot machine includes a multiplier. Today, many slots have multipliers, but some don’t, so you should check the paytable before you start playing for real money to determine whether the machine is equipped with this money-giving element. Some multipliers increase your overall win, and others multiply your line bets and total bets. Some games have both!

How do Online Slot Multipliers Work?

A multiplier slot has a bonus feature that will multiply your winnings. The amount that your winnings are multiplied by depends on the specific online slot machine.

To some degree, each slot game works differently. However, the general concept remains the same. You will multiply your winnings if you trigger a free spins feature, a re-spin, or another bonus round that offers a multiplier.

Multipliers in base game spins are not standard – most of the multipliers are part of a unique feature in a bonus game. If it’s a particularly good-paying slot machine, it might have both, but again, this is something that you should check BEFORE you start playing, not afterward.

You'll receive a multiplier in a slot with a base game multiplier on your payline value. If the multiplier is a 3x, your payline win will triple. That's an excellent payout if, for instance, you hit a 5-of-a-kind, especially if the five-of-a-kind is a high payout symbol. You receive three times the amount shown on the paytable for that symbol.

Multipliers found in a free spins round are more common, and they’re often quite generous. Free Spins multipliers come in all shapes and sizes. Often, the multipliers are random, meaning that the Random Number Generator determines the multiplier. That can go relatively high. Others have a predetermined multiplier.

Some of the newer slots let you pick your multiplier, but you have to weigh your decision carefully since the higher the multiplier you choose, the fewer Free Spins you’ll win. It also happens that the multiplier increases based on the number of wins that you achieve.

Some of the slot machines have scatter symbols that double up as multipliers. Scatters don't need to appear on a winning payline in these slot games but form a win regardless of where they appear on the reels.

Multiplying wilds is another profitable multiplying element in a slot machine. These are one of the most popular types of a multiplier, and they’re easy to get. Wilds often act as multipliers. So if you get a winning combination that includes at least one wild symbol, the entire payline win is multiplied by its multiplier, depending on the other symbols and their payout values. Most multiplier wilds are double payouts, but there are additional multipliers in some games.

During re-spins, you can enjoy multipliers triggered by wins. An increasing multiplier increases by one each time you land a win during these spins.

If you win on the re-spin, then you will get an x2 multiplier. If you win again, it then goes up to x3. This number continues to increase, and some slots have a limit of x10 or x15, whereas other slot games offer unlimited multipliers.

Various excellent slot games can be found at Slotocash. However, our experts have reviewed and chosen the bet multiplier slots. Some of the best slots with multipliers that are available at Slotocash include:

Pig Winner brings multipliers to a 243 Ways to Win game, so in addition to the multiplier, you create combinations without activating individual paylines. Any winning combination that appears anywhere on the reels will deliver a payout. This game is inspired by the Chinese zodiac that designates the Year of the Pig. The Year of the Pig is an auspicious time to invest funds and make profits. The pig symbol is a grouped wild in the game. When the pig lands on the second or fourth reels and completes a combination, it doubles all prizes.

There’s also a multiplier in the Free Spins Bonus Game, which triggers whenever three or more scatters emerge together. When that happens, eight free spins are awarded. If the Pig wild appears on a free spin, it boosts the free spin win with a triple multiplier to bestow an omen for a good year!

Fish Catch departs from the world of traditional slots. Instead of rolling reels and winning combinations, you win payouts when you shoot a fish. This slot machine also bestows multipliers that appear as the cannons shoot the fish.

The free games feature in Cash Bandits 3. which initially awards 5 free games and a 2x multiplier, reveals six vaults and a keypad. Each vault requires a random code to open it, and you have a 10-digit keypad to select the numbers.

The more Scatter symbols that appeared on the reels, the more selections you are awarded from the keypad, with up to 200 free games to be won and a 6 x prize multiplier.

The Richie Valens is a rewarding slot in more ways than one. In addition to the multipliers, Richie, the main symbol, pays out 6,000 times on a jackpot spin as he appears as an expanding Wild that covers the entire reel to double payouts when he is part of a winning combination.

There are more multipliers in the Free Games feature, where four La Bamba Scatters on adjacent reels deliver awards of up to 20 free spins with random multipliers that multiply the win up to 3x.

The new Penguin Palooza slot game, launching on the 18th of May 2022, has two bonus rounds. One of which is a Free Spins with Multipliers round.

When 3 scatter symbols (Igloo symbol) appear on any payline in the gameboard, ten free games with multipliers are activated. A x2, x3, x4, or x5 Multiplier is randomly awarded on every spin during the free games. 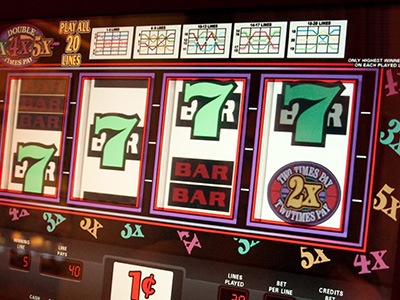