Eat Your Way Into July – the National Culinary and Lasagna Awareness Month! 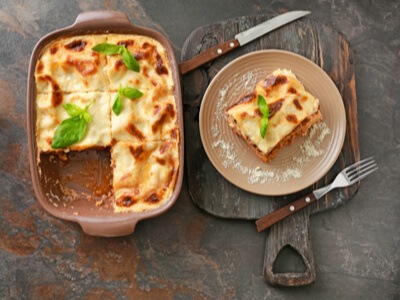 Gamers are known for valuing individuality. Each player has his or her own gaming schedules, preferences and preferred gaming genres. One thing that Sloto Cash Casino has discovered is that most gamers enjoy snacking while they play their games. Slices of fruit, chunks of vegetables, handfuls of popcorn and even more substantial meals make the game playing more fun and more engaging.

July 1st launches National Culinary Month and, more specifically, Lasagna Awareness Month. It’s a month-long focus on how to best prepare our favorite dishes, experiment with some new  gastronomic delights and, above all, check out what can be done with the Italian favorite – lasagna!

July brings all these special food months together plus August Catfish Month, September National Honey Month,  October Cranberry Month, November National Pomegranate Month and December National Fruit Cake Month in a month-long celebration of the Culinary Arts. During July, professional chefs and cooks from around the world are recognized for their efforts in bringing unique and innovative cuisine to professional foodies, gourmet-enthusiasts and simple good food lovers alike.

National Culinary Month was first celebrated in 2002 as a way of acknowledging cooks, chefs, bakers and the tasty, comforting and exciting dishes that they prepare. Food aficionados wanted to encourage these artists in their pursuit of perfection through their experiments, expertise and love for cooking, they make the world a better place for all. Professional and amateur food preparers receive special honors for their accomplishments.

Chefs know July as Lasagna Awareness Month. Lasagna is a fallback of culinary mavens from around the world who prize the combination of pasta, sauce, vegetables, and sometimes meats and cheeses. There are almost as many ways to make lasagna as there are ethnicities that claim it as their “national dish” but the basic recipe consists of layers of flat pasta, some kind of filling and some type of sauce.

Lasagna was a favored dish in ancient Greece and the name “lasagna” is derived from the Greek word “laganon” – flattened sheets of dough that were sliced into thick strips -- an early form of pasta.  In Rome, the dish was called ‘lasanum’ and that morphed into the Italian ‘lasagna’.

Lasagna was already popular in the 13th century when Salimbene di Adam described it. Every area has its own way of making lasagna – in some regions the noodles are rippled, in others, eggs are added to the filling, in some places meat is used as a layer while in others, vegetables or cheese are the main ingredient. Francesco Zambrini popularized lasagna in Bologna in the 1800s and Italian immigrants brought it to America during their immigrations.

Today, lasagna can be made with meat, as a dairy dish or using just vegetables and pasta. Purists, however, don’t accept it as real lasagna unless it has a thick layer of cheese (vegan cheese for the non-dairy eaters) bubbling on top. s

During National Lasagna Awareness month, lasagna lovers and others are invited to indulge in the dish, whether at a family dinner, with a group dining event or as part of a lasagna cook-off. There are numerous lasagna recipes including different types of fillings, pastas and sauces so you can get some new ideas as you taste other cooks’ lasagna dishes.

Some things that you may not have known about lasagna: