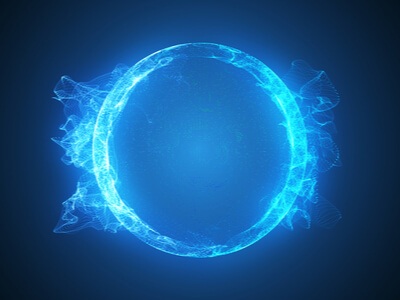 The online casino real money SlotoCash Casino invites you to explore dragon myths, legends and fantasy as you spin the reels of the Dragon Orb online slot machine to achieve real money payouts.

Dragons have been a part of many culture’s mythologies for many years. There were mushussus of ancient Mesopotamia, Apeps of ancient Egypt, Vrtras in India, Leviathans in the Old Testament, Grand Goules of Francethe Lernaaean Hydras of Greek mythology, the Niohoggrs of the Norselands and many more.

Modern literature and culture also feature dragons, though many of these dragons are more benevolent than the dragons of the millennia of the past. From the 19th century Jabberwocky—Through the Looking Glass by Lewis Carroll to the 21st century Pete’s Dragon fantasy adventure film and much-beloved the How to Train your Dragon franchise, dragons continue to fascinate and  captivate the imagination of people of all ages and backgrounds.

Some of the most mesmerizing dragon traditions and stories of all times include:

Dragons have always been a central feature of Chinese lore and religion. The Chinese Dragon King is the god of water and weather who dispenses rain when he is pleased. He can take any of a number of forms, the most important being the King of the Four Seas. The Dragon King is the king of the dragons and ancient Chinese worshipped him. The earliest statue dedicated to the Dragon King dates back to the 5th century BCE.  Chinese lore accounts for subservient dragons including the Yellow Dragon, the Azure Dragon, the Black Dragon, the White Dragon and the Red Dragon.

Every 12th year, the Chinese celebrate the Year of the Dragon. The Dragon is the fifth of 12 Chinese zodiac  animals. In Chinese astrology the dragon symbolizes power, honor, luck, success, talent and excellence.

Dragons of Greece and Rome

Greek dragons, which were later incorporated into Roman culture, involved four different types of creatures including serpentine creatures that were said to have had long bodies, four clawed feet and crested heads, she-monsters, fire-breathing Chimaeras and marine Ceteas. Greek mythology taught that Dragons inhabited the remote, unexplored corners of the earth. They were believed to have been spawned by immortal gods, to love gold and to answer to the call of witches.

Rome adopted the Greece tales of the dragon and expanded on them. They changed the Greek dragons’ names to Roman names and developed their own tales about them. In the 2nd century CE the Roman cavalry adopted the Dragon as their military standard.

St. George and the Dragon

St. George is known as the patron saint of England. George lived in the 4th century when he is credited with having slain a dragon who was terrorizing a local village. The people had been giving the dragon sheep to satisfy its hunger and then, when they ran out of sheep, children. George killed the dragon. Centuries later he was honored by making him England’s official saint because, it was said, he defended the innocent by facing adversity and fighting for the triumph of good over evil with nothing more than courage.

There are a number of dragons introduced in the Harry Potter series. The first is Norberta, a female Norwegian Ridgeback Drago who hatched in the hut of Rubeus Hagrid on the grounds of the Hogwarts School of Witchcraft and Wizardry.Norberta was cute and cuddly but as the years went on, other more sinister dragons made their presence known. One of the best-known of these was the Hungarian Horntail who Harry was forced to face in the Triwizard Tournament. The Hungarian Horntail was a dragon who was native to Hungary. It was considered to be one of the most dangerous dragon breeds in the world. Getting by the Hungarian Horntail was Harry’s first task in the Triwizard Tournament.

In the Dragon Orb online slot, instead of the dragons being creatures that inspire fear, they motivate you to keep spinning in order to achieve the highest win rate possible. This RealTime Gaming adventure features an enchanting theme, plenty of entertaining elements and lots of opportunities to win big prizes.

As previously mentioned, the dragon theme is one that is present in many different cultures through many different eras. This game focuses on dragons within the Asian culture with Asian-themed music, graphic images and dragon visuals. The betting range spans from 0.01 – 10 coins per payline to 100 coins on each of the game’s 10 lines so you can play this game at a budget level, for high stakes or anywhere in-between.

As you spin the reels you’ll see many Chinese-themed symbols including scrolls, vases, statues of legendary creatures, lotus flowers, candles, temples and more. High-paying symbols award up to 250x your line bet so you can expect some attractive payouts.

The dragon orbs are the game’s wild symbols. Dragon Orb symbols appear on the second, third and fourth reels and substitute for other symbols to complete paylines and deliver payouts. The wilds also expand to cover the entire reel and signal a free re-spin as the sticky wild reel lock into place. If orb emerges you lock in that second reel and then spin again – for free!

This machine features two types of progressive jackpots, a Major jackpot and a Minor jackpot. The jackpots trigger randomly and when they do trigger they active a payout that can reach thousands of dollars in jackpot rewards.

Thanks to the wild re-spins, this game provides action, entertainment and real money prizes for a fire-breathing good time!