Did you know that May is National Inventors Month? 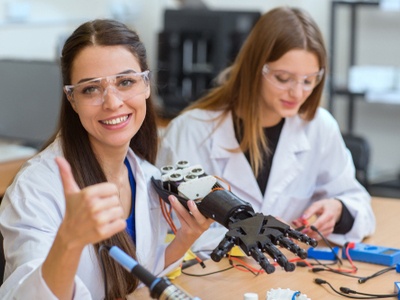 One of the greatest inventors of all times, Thomas Edison, say that ““Genius is one percent inspiration and 99 percent perspiration.” He should have known over the course of his career Edison received 1093 patents including patents for the automatic telegraph, the carbon telegraph transmitter, the movie camera and viewer, the alkaline storage battery, the phonograph and the incandescent light bulb.

Not all inventors are as successful as Edison but there’s no denying that over the millennium, the inventions of various designers and creators have changed the lives of the world’s population for the better.

The true worth of many inventions isn’t clear to everyone. Throughout history there have been inventions at which most people roll their eyes but for some, they make perfect sense. Slotocash cash slots Casino takes a look at some of the inventions that were viewed with suspicion when they came out but are, today, a natural part of our lives.

Once television started to catch on in the ‘50s, it seemed natural that family life could and would revolve around the tube. People enjoyed having entertainment come right into their home and the television set was a natural follow-up to radio. Turns out that television could affect people’s diets as well as their ability to see and hear comedy, drama, suspense and other types of media at their leisure.

The first TV dinners were created and marketed in 1954 by Gilbert C. and W. Clarke Swanson. The brothers named the meal "Swanson's TV Dinners" and the packaged meals consisted of turkey, cornbread stuffing, sweet potatoes and peas.

Swanson launched a massive advertising campaign  for the frozen meals in which TV ads depicted elegant women serving these the dinners to their families. Swanson coined the phrase “TV Dinner” which helped to turn the meals into a cultural icon and help shape consumers’ views on fast foods.

The head massagers of today may be sold on Amazon for hundreds of dollars but their origins date back to the 1960s when a “massage helmet” made its debut on the market. The makers of the helmet advertised that you could get a relaxing head massage by simply slipping on the massage helmet and allowing the air-powered scalp rubdown to do its work.

Over the years the massage helmet has changed quite a bit but the basic idea, to give you something that fits over your head and will vibrate in a way that stimulates and relaxes, is the same. There are several head massagers on the market today with varied functions.

They advertise that their product relaxes, relieves stress, improves blood circulation, helps you fall asleep and enjoy a better rest. Today’s head massagers knead the scalp, massage eyes and head, heat, vibrate and play music so you can listen while you  get your head massaged.

The massage helmet has come a long way from the helmet of the 1960s but the inventors of the first helmet were definitely on to something.

In the early years of the automobile there was little being done to protect drivers, passengers and pedestrians. Roads weren’t built to accommodate “horseless carriages” and the advances in automotive technology were focused on how to make the cars run faster and better. As driving automobiles became more widespread, advances were made that took into account the safety of the people in and around the cars.

In the 1930s A.J. Grafham tried to make things a little safer with a rubber bumper. The rubber bumper was a sponge rubber seat that was designed to protect pedestrians from injury if they were to be hit by a speeding automobile. Bumpers of some sort had been featured on cars since 1915 but in the early years they were almost entirely decorative thin strips of painted metal that were mounted in the front of the vehicle

Grafham’s bumper was the first bumper to take safety into account. While the design was impractical as a safety device the car companies soon saw its usefulness. With lighter, thinner bumpers, manufacturers could mount them higher and when the idea of constructing them out of plastic  was popularized, the color of the bumper could be matched to that of the vehicle, making it both more efficient and more attractive.

1970s regulations required that the bumpers be stronger and that led to today’s plastic bumper covers that have steel or aluminum reinforcement beams underneath for maximum protection.

Most people don’t think much about taxis until then need one. People call for taxis around the world, even in some areas like Venice and Boston, water taxis that travel the waterways.

Taxi cabs weren’t always the well-regulated, reliable service that they are today. In the early 1900s passengers were at the mercy of taxi drivers who could charge whatever they wanted. That changed when Harry N. Allen was charged for a mile ride in Manhattan. $5 is equivalent to $128 today and Allen, a businessman, was not only outranged but also inspired.

He bought a fleet of 65 vehicles and hired drivers, creating the first modern taxi fleet. This system opened the way to the eventual taxi medallion system when the government began to regulate who could own or operate a taxi and what they could charge.

Even with ride-shares like Uber and Lyft, taxis today still carry the majority of hired rides in most parts of the world.