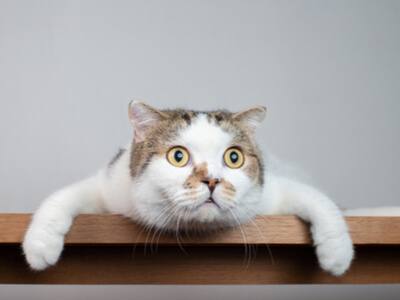 Every June we celebrate Adopt a Cat month when we focus on giving homes to as many of our feline friends as possible. The American Humane society declared National Adopt a Cat Month 45 years ago to encourage the public to adopt homeless cats from the shelter. Cats are, by nature, loving and sociable creatures yet they demand little attention.

Take the chance this June to explore tabby tomfoolery and feline fun. Read about Adopt a Cat Month, check out some of our true-life stories about notable mousers and sign into the SlotoCash Casino to enjoy some Purrfect Pets slots entertainment, featured at the Sloto Cash casino lobby.

June is the most prolific month for cats to give birth. Every June thousands of kittens are born and are then surrendered to shelters because homes can’t be found for them. Forty-five years ago the American Society for the Prevention of Cruelty to Animals named June as the Adopt a Cat month in order to encourage the public to reach out and give a cat a home.

Cats are loving creatures. They are easy to keep as pets, loving and offer great companionship. They’re quiet,  require little maintenance, are easy to house-train, can live either indoors full-time or go out for periods of time and then come home, are independent, require a minimum of expenditures, live a long time, have been proven to be good for the health of their owners (lowering blood pressure and firming heart rate),  keep unwanted pests (snakes, mice, etc) out of your house and help keep kids from developing allergies.

Cats also have their individual characteristics and are exceptionally intelligent. There are numerous true cat stories that prove that cats might not be smarter than humans but they do come close. Some stories about amazingly smart cats:

If its not enough to read about the lives and doings of our feline friends, you can plop a purring tabby on your lap and play the Purrfect Pets online slot machine. With a jackpot prize of over $1800, 50 paylines and multiple interactive features, the Purrfect Pets slot is slot entertainment that will have you purring in satisfaction in no time.

Purrfect Pets is a slot that is a perrfect fit for both high-rollers and low level bettors. You can bet as little as 0.25 on as many of the 50 lines as you want on each spin or as much as 25 coins per line/per spin.  You can also play for free at any time in the Free Mode. In addition to the payline wins and the special feature payouts, Purrfect Pets features two jackpot prizes, a Minor Jackpot and a Major Jackpot, which are triggered randomly and can be won at any time.

Along with the base game wins there are bonus offers that are activated when you line up either three cat or three dog symbols. These wild wins push up the RTP percentage to 97%, a high percentage for any slot. There are additional special features including Doggy Dollars, Random Riches, Dats vs. Dogs and Wild Cat, all of which combine to deliver the perrfect game.

Celebrate Adopt a Cat Month with a new kitty and some Purrfect Pets kitty-themed slots fun and excitement.