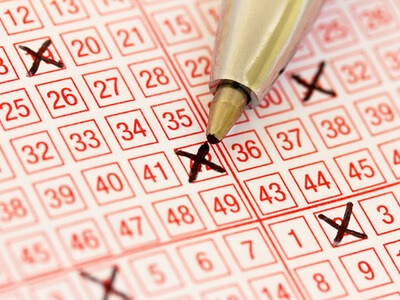 Stories About Cash Casino Lottery Winners You Couldn’t Make Up!

Everyone fantasizes about winning the cash casino lottery, even those who don’t actually play the lottery. Some people’s road to collecting their money is more unusual than most. Many come from players who have misplaced their hard-copy tickets – something that doesn’t happen when you play lottery games at the

SlotoCash invites you to check out some funny and bizarre stories that lottery winners from around the world have shared.

Billy Morgan couldn’t possibly have thought that he would be a lottery winner. Within a few hours the Australian truck driver had a bad road accident, reacted badly to medication at the hospital, slipped into a coma and was taken off life support. But instead of passing on to the next world, he woke up. Afterward, he started to pick up his life and, to everyone’s surprise, won a car on a scratch card.

If that wasn’t lucky enough, a local car dealer, intrigued by the fact that the clinically-dead Morgan had awoken to go on to win a scratch card,  engaged Morgan to do a commercial which would re-enact the moment that he scratched off his card to win the car.

The commercial shoot was supposed to show Morgan scratching the card, just as he had with his original card. He was supposed to exclaim in a surprised tone of voice, “I just won a car!” But instead, while the cameras were rolling, Morgan scratched the card and discovered that he had won another $250,000!

The answer is 1.26 trillion to one but Peter McCathie did just that when he won the lottery in 2015 a number of years after being hit by a lightning bolt. The next calculation would need to be figuring out the odds of 2 members of the same family being hit by lighting – McCathie’s daughter also suffered a hit by lighting years later when she worked as a guide in Manitoba. No word on whether she plays the lottery but she should!

When 84 year old Gloria Mackenzie cut the line at the supermarket, she was able to buy the next Powerball ticket, even though the woman behind her had also been planning to buy a ticket.  In the end, MacKenzie’s gall allowed her to buy the winning ticket and she won $590 million in 2013. MacKenzie donated quite a chunk of her win to charity which made the “mistake” seem OK.

Thanks to a kind stranger, Michael J. Weirsky was able to collect a Mega Millions jackpot worth $273 million, even though he had left his tickets on the counter of the convenience store by accident. The stranger asked the store clerk to put the tickets aside for the man who had forgotten them and after Weirsky returned to the store and found the tickets, he was able to collect his prize.

A man in Massachusetts purchased a lottery ticket and entered his favorite string of numbers. He forgot that he already had a season pass to the state lottery that used those same numbers. When those numbers came up, he was left holding two tickets with the identical string of numbers – an occurrence that statisticians said could happen once in almost a million times.

After a fortune cookie with the same number circulated around Chinese restaurants, 110 people played the same number and all won. The prize was divided – 89 players each received $100,000 and the 21 who chose the PowerPlay option took home $500,000 each.

A day after a British family played a role-playing game in which they pretended to win the lottery – including posting pictures of themselves holding the “winning ticket” – they found out that they had actually won the lottery!

When two Quebec parents went to help their grandson with a school project they found, hidden in a book, a year-old winning Loto Quebec ticket. The ticket brought them CAN $1 million. “If my grandson hadn’t asked me to give him some things for his presentation, I wouldn’t have ever found the ticket,” the grandmother said.
That wasn’t even the luckiest part of the story – lottery tickets in Quebec expire after a year but the ticket that the couple found was 2 days short of expiration.

Another last-minute story of lottery luck was that of Joemel Panisa. When he cleaned out his office he discovered a forgotten envelope that turned out to contain the winning Mega Millions lottery ticket from the previous year. Here too, Panisa had a few days left to claim his win before the ticket was set to expire.

Andrew Clark of Lincolnshire in the UK had a habit of keeping a stockpile of old lottery tickets in his van. His family and friends used to laugh at his hording habit but when lottery operators posted that there was an unclaimed EuroMillions jackpot floating around somewhere, Clark checked his pile and discovered the winning £76 million ticket. The UK’s 12th biggest jackpot win ever came close to never seeing the light of day.