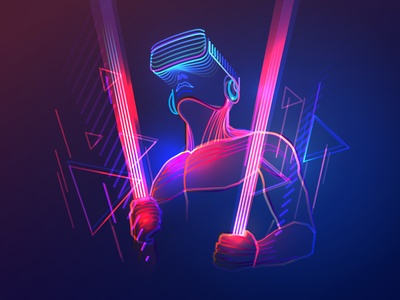 When you look at the Sloto Cash casino lobby you’ll notice that things are changing rapidly in the gaming world thanks to start-ups that have revolutionized the ability of visionaries and dreamers to bring their dreams and ideas to fruition. 2019 brought a wide range of new advances to the gaming industry.

The gaming industry attracts visionaries and entrepreneurs alike who are interested in getting a share of the market’s estimated $152 billion 2019 worth. The outlook for the coming years is even rosier – it’s expected to reach $180 billion by 2021.

Despite the expanding console game sector, most of the growth in gaming is expected to be due to mobile games. Mobile games (casino and others) already account for 54% of total game revenue and that percentage is increasing -- $59% by 2021 which translates to $100 billion.

In 2019 gamers have spent $152.1 billion on their gaming pursuits. That represents a 9.6% year-on-year increase. China accounts for the largest segment  and stands at 45% of global games at $68.5 billion, with the majority of that coming from smartphone games. PC games remain the smallest and slowest growing segment.

Gaming start-ups are fueling much of the growth. You can expect to see big changes and amazing innovations in the coming year thanks to these hot 2019 gaming start ups.

Sviper is a Hamburg-based startup that focuses on creating high quality gameplay experiences that include high production values. They are best known for a 1v1 puzzle duel game that combines simple colour-matching combat with a unique fighting and puzzle gaming experience.

Gamestream allows players to access their favourite online casino games regardless of  their location and regardless of the device on which they’re playing. The video game streaming platform uses an innovative cloud gaming solution so next-generation slots and other games are delivered directly to the players.

Klang is an entertainment studio that uses media to explore the future of humanity. Klang aims to create games that present deep, meaningful subjects through captivating, easy-to-digest and interactive entertainment. They create games for all ages. One of their current projects involves a large-scale virtual world that will guide players to be more mindful of their environment.

According to Klang, the project named “Seed” involves a voyage across an Earth-like exoplanet via simulation. There are different forms of biomes and  habitats, various seasons and weather patterns and more. Players harvest resources and conquer new lands while collaborating with other gamers.

The Klang Seed project is one of the newest games to utilize SpatialOS, a platform that depicts complex virtual worlds on a network of continuously running servers.

Sorare has created a crypto-based football game. Players collect player cards from their favourite football teams, trade them and then compete with them on the platform’s gaming arena. Sorare uses Ethereum blockchain standards to ensure that player cards cannot be copied.

Now that esports and sports betting is becoming legal in so many US states and other countries, the time is right for an esports tournament platform. That’s what Seemba is doing -- giving gamers and developers an online space where they can monetise their games. Users are given access to the revolutionary Plug & Play solution so any mobile device can turn into an esports platform.

The cross-platform utilizes Unity 3D and the new Unreal Engine so users can create the next hit regardless of the engine on which they are working.  The Seemba app features an overall monitoring system, integrations, achievements, notifications to get retention of their users with automated call to action  and call back notifications.

If you’ve tried the Fridai voice assistant for gamers, you’ve probably been using a Hallidai AI Gaming product without knowing it. Hallidai AI Gaming created Fridai which is like having Siri or Google Assistant sitting next to you while you play your games.

Fridai is an AI-powered virtual assistant that helps you focus on immersing yourself in our favorite games. Fridai learns from the users and understands context of speech to create a smoother gaming experience. No new interface is needed so users don’t need to learn a new system in order to user Fridai.

Surrogate.tv is an Espoo-based startup that is trying to change the way video games are designed. Surrogate wants to redefine the video game experience by letting players control reality. The goal at Surrogate is to build games in the real world and then use internet and remote-controlled robotics to transpose these experiences.

Valiant Game Studio is a new indie game studio which brings social aspects to role playing games. The Valiant Game Studio team’s goal is to bring relaxing, meaningful and thought provoking stories into their games. One of their first efforts is Pendula Swing, an episodic adventure game set in America’s Roaring Twenties.