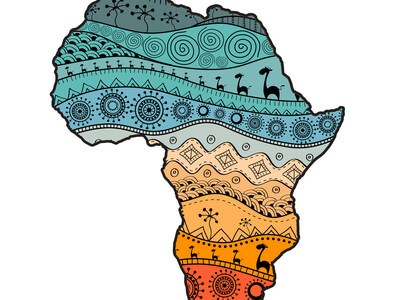 Will Africa be iGaming’s Next Big Cash Casino Market?

iGaming has seen a phenomenal rate of growth over the past 10 years.  Worldwide, games account for 43% of all smartphone use with 62% of people installing a game on their phone within one week of purchase. An estimated 5 billion people own mobile phones worldwide and of those, approximately half are smartphones. That number is close to the 2.2 billion estimated online gamers who play on their mobile phones meaning that most people who own smartphones use them, at least part of the time, to play games.

In Africa’s emerging economies the numbers are smaller – an estimated 4 in 10 people have mobile phones (as opposed to 9 in 10 in advanced economies and 6 in 10 in developed economies).  But cash casino gaming in Africa is expanding quickly and industry insiders, operators and backers are preparing to invest more deeply in iGaming in the continent.

SlotoCash casino is taking a concentrated look at the new casino industry in Africa to determine trends and opportunities for gaming operators and casino aficionados.

Online gaming is now the single biggest sector of the gambling market in many countries in the world.  In the UK it generates over £4 billion a year in revenue and it has taken hold in other countries such as Australia, Canada and New Zealand.

In America, where individual states are only now beginning to legislate mobile gaming in their jurisdictions, iGaming is already bringing in  US$9,973 million with revenue expected to show an annual growth rate of 1.3% for a market volume of US$10,644 million by 2024.

Now the industry is looking to Africa as its next big growth market.  Even though Africa has 56 countries and a wide range of governmental and cultural attitudes to gambling, the continent’s leaders are taking note that online gaming is bringing benefits to the countries that have embraced it.

Regional decision-makers believe that with the proper approach and regulations, Africa could provide the online gaming industry with a lucrative new market while the industry could provide Africa with jobs, a push to regulate illegal gambling and an opportunity to provide local citizens with low-cost entertainment.

iGaming operators are targeting specific countries in Africa including  Nigeria, Zimbabwe, South Africa, Kenya and Ghana. These are the countries whose gaming laws are more liberal, who have large populations of millennials, reasonably liberal gambling laws generally and a community that has proved to be a prime market for the newest form of gambling and entertainment.

Most importantly, these countries have strong digital infrastructures that are capable of handling high volumes of online gambling activity via fast internet speeds and stable connectivity.

A breakdown of where mobile gaming stands in these countries:

South African casino gambling has been well established for over 25 years.  There are almost 40 South African land-based casinos located throughout the country and the gross annual revenue generated from these businesses is projected to rise to approximately 35 billion rand in 2021. The tax structure is reasonable -- 10% of casino revenue is paid in taxes and levies and gamblers who win more than 25,000 Rand pay 15% tax on their winnings.

Online gambling is unregulated in South Africa but select offshore casinos have received special licenses to operate in the country. There is a strong pro-gambling lobby in Pretoria that could influence future legislation. There are also lobbyists,  comprised of land-based casino representatives, who don’t support igaming because they believe that it will be competition for their own businesses.

When push comes to shove, South African authorities are aware that there are a number of illegal online companies operating in South Africa which encourages the idea of regulating the whole iGaming industry.

The government of Zimbabwe does not have a long history of supporting igaming but they are finding themselves pressured by a growing population that is advocating to see it become more available. There are no laws regarding online gaming in Zimbabwe. That means that nothing is spelled out that either allows or disallows it  so currently the market is unregulated. A number of operators offer services to players and there is no risk to either operators or players of prosecution.

The government is becoming aware that it is losing out on tax revenue by not regulating igaming. Some lawmakers are pushing the issue in an effort to make Zimbabwe more online gaming-friendly.

Kenya is moving to overhaul outdated gambling laws and those renovations might well include a structure that will regulate igaming in the country. Kenya is a country with a young population and a strong economy, two elements that make it attractive to the gaming industry. Observers expect that new legislation to regulate online gaming is only a matter of time.  The challenge in Kenya for gambling supporters is to ensure that the government doesn’t set licensing fees so high that they will scare off overseas investors.

Currently the situation in Nigeria is that there are no gambling regulations so players don’t have the protections that such laws would provide. It’s estimated that Nigeria, which has a population of 200 million, hosts 60 million gambling enthusiasts which makes that nation ripe for development.

Currently Nigeria has the biggest illegal gambling network in Africa. The police aren’t doing anything to protect gamers who have been scammed by illicit gambling scams but there’s hope that the laws will be updated in the coming legislative season.

Ghana is next door to Nigeria and its firm hand on its gambling industry shows what can be done to protect a gaming population in Africa. Gambling in Ghana is regulated by the Gaming Commission of Ghana which has a strong track record of rooting out rogue operators while supporting the legitimate industry. Ghana is now preparing to embrace iGaming and the climate is a healthy one for operators and players alike.

If mobile gaming operators are to focus on the African market, the above-mentioned countries will likely be the ones to lead the way with firmer regulations and other supportive measures.