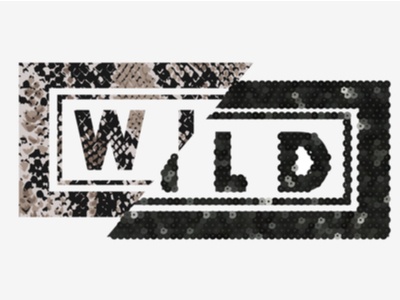 If you are playing slots at SlotoCash Online Casino, you will know all about the benefits of hitting wilds on the reels.  These are the snazzy bonus features that can substitute symbols to create paying combinations.

They are pretty similar to the joker in a pack of playing cards - and that makes them one of the most desirable features in the online slots pack.

As casino games have evolved, the bonus features - like wilds - have taken on all sorts of cool configurations.  These days the good old conventional wild symbol substitute is a bit passé.

Now game developers at the leading software suppliers like our very own Real Time Gaming (RTG) have added plenty of power to proceedings.  They have designed wilds that are more expressive, explosive and downright rewarding than ever before.

What are we talking about?  Well, we are talking about online casino slots that feature all manner of wild beasts - sticky wilds, random wilds, extra wilds, wild multipliers, stacked or grouped wilds and the piece de resistance, expanding wilds or wild reels… phew!

How do all these different types of wilds function?  Can they really improve your chances of winning real money at the online casino?

Let’s get to the more conventional wilds first – extra wilds and random wilds, both of which can ramp up the payout rate.

Extra wilds function in the standard fashion on the reels.  They substitute any other symbol - bar the scatters - to complete payout permutations.

The only difference is that along with the wild or wilds in the base game, there are additional wilds in play. Extra wilds usually kick in during the second screen bonus games or the free spins features.

Random wilds are exactly the same in function as standard wilds.  It is how they appear on the reels that is unique.  These types of wilds can appear at any point in the game and are revealed when one or more standard game symbols randomly turn wild.

It is a bonus that delivers line wins when you are least expecting it.  When random wilds appear on the reels it’s like having an extended Christmas.  The free stuff just keeps on coming - ready or not!

Right, now to the wild multipliers.  These are also plain old wilds that appear on the reels but they have a power packed payout punch. Instead of simply generating line wins like magic - poof - out of thin air they also multiply the payout by a specified amount.

Some double line wins but others like the ‘wow’ wild multipliers in Nova 7’s and Texan Tycoon online slots have the ammo to boost payouts by up to 7x and 10x respectively.  Now how’s that for a great reason to unleash wild-infused slots on your desktop, laptop or mobile device?

An online casino of the caliber of Slotocash is simply not satisfied with the ordinary stuff.  We want - no we demand - online slots that are seriously on the wild side.

We don’t necessarily mean untamed and uncontrollable here.  We mean online slots that are packed with unique kinds of wilds - and in this respect RTG excels.

What are the big paying wild symbols with extra clout?  Let’s take a look-see.

Sticky wilds are not a one-off wonder that appear after one spin and then slink off stage.  No siree.  These wilds stick around for a while.

That means if they do not create a payout opportunity on the first spin they will hang around for two, three or maybe even four respins of the reels until they do.  Why?  Because they are sticky, you see!

The best way to understand how sticky wilds works is to fire up the game engines of Gemtopia slots on your device.  There’s a wild respin feature in the mix that will give you a practical demonstration of how sticky wilds operate at the online casino.

What is next on the wild agenda at Sloto Cash Casino?  From sticky wilds we level up to stacked wilds.

Stacked wilds are also known as grouped wilds as they arrive in symbol stacks on the reels - either horizontally or vertically.  So why is that such a big deal?

Well, if you have got two or three wild symbols stacked on a reel, the probability of hitting multiple payline wins is pretty high.  That means not just one payout per spin.  It means two, three or even four simultaneous payouts - how cool is that?

So which games at Sloto’Cash Online Casino are stacked and packed with grouped wilds?  How about Cash Bandits 2, Cai Hong or Crystal Waters?  In the last two examples, the wilds are not only stacked.  They are also multipliers that automatically double your payday.

Then there is Eternal Love slots - you know that All Ways Pays money spinner with a vampire theme?  Well in that online casino game, wilds can double or treble the line wins!

There is another even more rewarding type of wild that you can unleash at Sloto-Cash Online Casino - and that’s the big kahuna that huffs, puffs and invades an entire reel.  These are genuine cash generators known as expanding wilds.  They are also known as wild reels.

Expanding wilds are awesome.  They are also animated and seriously slick to observe on the reels.  Hit one or more wilds - usually on predetermined reels - and they will expand vertically to cover all the positions on the reel.

As one or more reels are totally wild, all the paylines have to pass through the feature.  We know what that means – you’ll have the very best chance of hitting multiple line wins.

Expanding wilds really do improve the odds of winning at least once on the reels.  That makes them the most desirable type of wild at the online casino… by far.  So where can you find these elasticized bonus features that can deliver hard cash in a flash?

Check out Ghost Ship and I, Zombie online slots right now. They are not only on the seriously scary side, but they have expanding wilds that are randomly flung onto the reels to maximize the fight or flight factor!

Bubble Bubble 2 goes one step further and offers expanding wilds that promptly treble all payouts.  Now that’s a neat little feature that should get you betting and playing slots at our online casino right now!

Sign Up at SlotoCash: Capitalize on a Wild Time on the Reels

You see!  There’s a hang of a lot of excitement secreted on the slots reels at Sloto’Cash Casino.  Press the slots button - or tap or swish it if you so wish - and you will unlock the possibility of a prodigious payday every time you bet and spin.  Now, why wouldn’t you want to capitalize on one of the most authentic bonus features in our player pack?  Go for it!