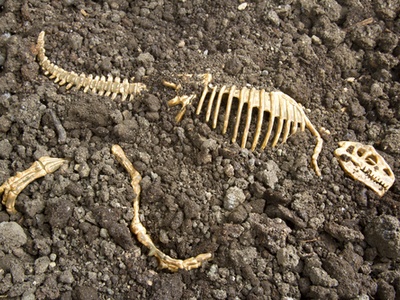 Archaeology is one of those disciplines where, just as researchers think that they’ve zeroed in on irrefutable facts, a new piece of evidence comes along that changes everything. Over the last few months archaeologists around the world have unearthed a number of interesting, confounding and mind-staggering finds that are rare and redefine views about human history.

So let's take a break from our SlotoCash online slots real money jackpots and see what's being dug up around the world.

Some of the most stunning discoveries include:

The Dead Sea Scrolls were discovered in caves in the Qumran region of Israel’s Dead Sea region in the  ‘40s and the ‘50s.  The scrolls include fragments of papyrus and parchment from up to 1000 different manuscripts. To date, 10,000 fragments have been found. Historians believe that the scrolls were written by an esoteric group of Jews, called the Essenes, who went to live in caves near the Dead Sea during the Roman era.

The fragments were discovered in various stages and by various searchers, including by local goatherds. They were sold at markets in the Middle East and bought by various collectors and scholars. For this reason, there are fragments of the Dead Sea Scrolls in collections in many different sites around the world.

This year, one of the fragments which had previously been believed to be blank, was examined using multispectral imaging. The examination revealed that the scroll contained hidden Hebrew and Aramaic text, including the word ‘Shabbat’ (Sabbath).

The find comes only a few years after another scroll, which had been badly burned, was deciphered. The scroll, known as the Ein Gedi scroll,  was unrolled virtually and specialized software revealed the Hebrew characters that had been written approximately 1500 years ago. Thanks to metal that was added to the original ink, researchers were able to read one of the verses of Leviticus on the scroll, making it, to date, the oldest known Biblical text in existence.

A sinkhole in front of Rome’s Pantheon in the Piazza della Rotonda has revealed an ancient imperial floor. The floor, which consists of seven travertine slabs, was built by Agrippa in the 1st century B.C. in front of the Roman temple dedicated to the gods. It was raised by Emperor 300 years later who paved it over.

Extravagant Pharoahs’ tombs are nothing new in Egypt but one of the most elaborate tomb ever discovered in Egypt was the tomb of Khuwy, an official who lived 4,400 years ago. Khuwy  was no mere clerk – according to the hieroglyphic writings, Khuwy was the "sole friend" of the pharaoh,” "great one of the ten of Upper Egypt," and "overseer of the khentiu-she of the Great House.”

Khuwy’s tomb was decorated with colorful paintings including depictions of Egyptians working in the fields, complex patterns and ships at sail. Archaeologists are astounded that the paintings, whose colors are as bright today as they were when Khuwy was buried, are so well preserved. On one of the main panels, Khuwy himself is seen seated in front of a table which has food, drinks, and other offerings piled high. These images were meant to sustain the deceased in the afterlife

Archaeologists in Egypt have also recently made new discoveries in the Valley of the Kings. They found numerous workshops where burial materials for the pharoahs’ burials were produced including materials for coloring pottery, making furniture and cleaning gold.  One room had been dug into the valley and was used for mummification – it contained ropes, linens and other mummification materials.

A mysterious wall that runs north-south for 71 kilometers between the Bamu Mountains in the north and just outside the Zhaw Marg village in the south was identified in Iran. The wall was known to locals but only recently did it come to the attention of the authorities.

Archaeologist Sajjad Alibaigi, an assistant professor of Iranian archaeology at Razi University in Kermanshah, Iran, described the wall in a recent article in the Antiquity magazine. He wrote "Remnants of structures, now destroyed, are visible in places along the wall. These may have been associated turrets [small towers] or buildings.

Researchers are still trying to determine when the wall was built, why it was built and by whom it was built. Pottery found nearby suggests that it was during the period of the Parthians (247 B.C. and A.D. 224) or the Sassanians (A.D. 224-651).

1066 is the date that, as most students of history know, the last successful crossing of the English Channel for purposes of conquest occurred. William the Conqueror defeated Harold Godwinson, the last Anglo-Saxon king of England and ushered in Norman rule. Last year British Museum researchers discovered a cache of more than 2,500 silver coins from that time from in England’s Chew Valley. The coins represented both rules and underscored the political uncertainty of the era.

There were coins that depicted Harold’s face as well as those that featured William. There were even 2 coins with both images – Harold’s on one side and William’s on the other.

A mandible unearthed in Baishiya Karst Cave on the Tibetan Plateau was discovered 40 years ago but it has now been dated with researchers saying that it dates back 160,000 years,. Analysis of proteins found in its teeth indicates that it is associated with a member of the Denisovans hominin species. Denisovans were elusive ancient humans whose remains had been found in southern Siberia. According to archaeologist Dongiu Zhang of Lanzhou University, the information tells us that  Denisovans much more widely distributed than previously thought.”

The mandible contained genetic material that fosters survival in extremely high-altitude, low-oxygen locations such as the Tibetan Plateau. The same genetic material is present in Tibetans today.

A cave system near the center of Chichen Itza, a Mayan city in Mexico, yielded chambers filled with ritual objects. Archaeologists who were exploring the cave when they came upon the rooms believe that when the city was founded, it was laid out in relation to the Mayan’s sacred underground realm.

The archaeologists who were exploring Balamku, or “Cave of the Jaguar God,” identified at least seven ritual chambers that dated from the 7th century A.D. They found 170 ceramic artifacts including incense burners that depicted depictions of Tlaloc the Mayan rain god.

And now it's time to dig up some great online casino gaming fun.  Look for our games that have an ancient or archaeological theme to them!