7 of the Best of TV Classics Now Streaming 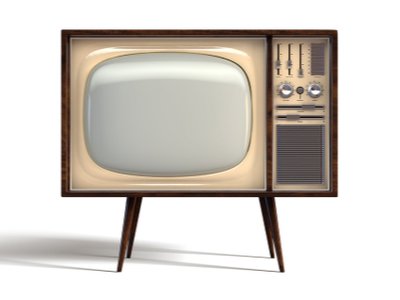 It wasn’t too long ago when TV viewers had a choice of watching one of three networks. Today, not only is there new content being created by the big networks, cable TV and streaming video sites, there are also numerous sites that screen the old classics. You no longer have to wait for a network to broadcast an old favorite – between Netflix, Hulu, Disney Plus, Sling, CBS All Access, Peacock, Philo, Amazon Prime and others, you can almost certainly find any of the classic favorites that were once our premier screentime entertainment.

SlotoCash online casino encourages its players to take a break from the bright lights and high-speed entertainment of the gaming room. Put your favorite slots and other gaming activities on hold for a few hours and settle down with some popcorn for some fun-filled old-time TV viewing.

Some of the best of the old TV classics that which are now available at streaming services include:

Time magazine named Alfred Hitchcock Presents as one of the "100 Best TV Shows of All Time." The show often showed a leading character in the story getting away with a criminal activity but in his appearance at the end of the episode, Hitchcock would describe how the character was eventually brought to justice.

It's Always Sunny in Philadelphia

It’s Always Sunny in Philadelphia was almost cancelled after its first season but as soon as the show’s creators brought Danny DeVito on board, it show up to the top of the chart and eventually became the longest-running comedy in cable history. The show centers around five friends who run an Irish pub in Philadelphia. Their work is complicated by their arrogant attitudes and big egos which lead them to gleefully watching each others’ mistakes and downfalls. Even though the members of the group enjoy causing others discomfort, they hold up season after season as a toxic, co-dependent gang.

The Simpsons debuted in 1989 and it’s still running, making it America’s longest-running sitcom. The animated show follows the experiences of the Simpson family – Homer the dunce, Marge his ever-suffering wife and their three children including brilliant Lisa and mischievous Bart. The Simpsons lampoons everything and everything including Donald Trump who, the series predicted in a 2000 episode, would become president.

The show also predicted Apple Watches, Oliver Hart and Bengt Holmström’s 2016 Nobel Prize win in the field of Economics and the tiger attack on Sigfried Roy. Throughout the 30-plus years of the show, Homer hasn’t become any smarter, Bart hasn’t calmed down and the public hasn’t tired of this family and their town of Springfield’s antics.   Watch on Disney+.

The Golden Girls, which ran from 1985 to 1992, was pure gold – snappy writing, top-tier acting and a storyline that continues to engage and delight viewers of any age. The storyline centered on four 50-ish/60-ish women who end up sharing a house in Miami. Each of the women has a unique personality and the needs, expectations and quirks of the characters frequently clash.

But by the end of each episode, the friendships shone through, giving viewers an experience of seeing a seasoned ensemble of women over 50 who could be as feisty and fun as any group of bikini-clad twentysomethings. Available on Hulu.

Introduced in 1972 as the Vietnam war was raging and anti-war sentiment was high, this series immediately captured the imagination of the viewing public. The show focused on a MASH unit – Mobile Army Surgical Hospital – that whose Korea War setting mirrored everything that was going on at the time for America in SouthEast Asia.

The show dealt with hard topics – ethical questions, PTSD, racism, death and much more, all from the perspective of a group of medical personnel who tried to function in a hellish atmosphere of war. M*A*S*H ran for 11 seasons and collected over 100 Emmy Award Awards. M*A*S*H can now be accessed on Hulu.

The Wonder Years was a coming-of-age drama that took place between the years 1968 to 1973.  The storyline centered on the teenage years of Kevin Arnold, a suburban teen, along with his friends, family and girlfriend. Kevin’s predicaments were those of any American teen of the time and the coming-of-age comedy-drama was named one of the 20 best shows of the 1980s by TV Guide.

The series is acknowledged to have had a tremendous impact on the industry and to have inspired many other shows, in particular,  the way that they are structured.

Cheers has moved around a bit, streaming on Netflix, Hulu, CBS-All Access before, possibly, getting ready for a return to Netflix. One thing that’s sure is that somewhere, somehow, Cheers will play somewhere. During its initial run, from 1982 to 1992, Cheers spent eight of its 11 seasons in the top 10. The show received critical acclaim throughout its time on the air and received a record 117 Primetime Emmy Award nominations (winning 28 of them).

The storyline of Cheers revolved around a bar, the bartender and the staff and cast of misfits and other characters who frequented the bar.

We hope you'll try out some of our recommended golden oldies - you're sure to agree with us - they're grrreeeaaaat!