3 of the Most Perplexing Historical Mysteries 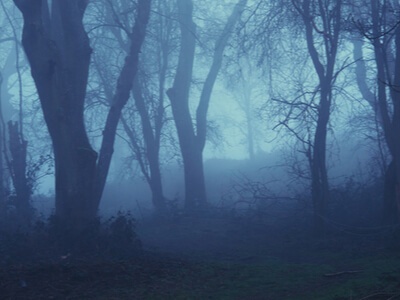 3 of the Most Perplexing Unsolved Mysteries of All Time

Almost everyone likes a good mystery. On the most basic level, mysteries tickle the imagination, giving rise to the “what if” and encourage us to speculate the answer to the unknown. Psychologically, exploring someone else’s mystery offers the opportunity to indulge in a safe adventure and give you the chance to view, from the sidelines, the various elements that have gone into creating a secret. Plus, if the clues present themselves, you can make your own effort to find the solution to the mystery.

Some mysteries point to troubling human behavior that created a situation for which we want answers. Other happenings have become mysteries over time because something unusual occurred for which there is no apparent reason or background.

SlotoCash online casino offers slots gamers a number of fun-filled mystery-themed online slot machines which they can play to satisfy their interest in mysteries. Mystery enthusiasts can also read on to learn about 3 of history’s greatest mysteries that remain unsolved to this day.

D.B. Cooper is probably the FBI’s most famous and most frustrating failure. Cooper was on a Portland-Seattle plane in 1971 when he gave a note to the stewardess saying that he had a bomb and would detonate it unless he was given $200,000 in $20 bills with random serial numbers and 2 parachutes. The pilot radioed the instructions to the Seattle ground control which had the plane circle overhead until the money and parachutes were ready.

Upon landing, an airport employee brought the cash and parachutes to the plane. Cooper allowed one of the stewardesses and the 36 passengers to disembark and then instructed the pilot to take off again with him, the second stewardess and the three-man cockpit still on the plane.  His destination, he said, was Mexico City.

Cooper ordered the crew to say in the cockpit and after 15 minutes of flying, the instrument panel indicated that a door had been opened. It was, they noted, 25 miles north of Portland. When the plane landed for refueling in Reno, they checked and saw that the cabin was empty. Cooper had parachuted out and that was the last that anyone ever heard from him.

Numerous searches over the years were conducted over the route that the plane had flown and the police and the FBI used all available resources to track down the hijacker but to no avail. Their  consternation wasn’t assuaged when letters, purportedly sent by the hijacker, were received by various newspapers, taunting authorities and declaring that their efforts would come to naught.

A few clues have come to light over the years – in 1980, a boy found some of the money near a stream in Oregon and in 2011, a woman identified DB Cooper as having been her uncle. Over 1000 people were investigated over the years but in 2016 the FBI announced that they were no longer “actively pursuing” the case and the mystery remains unsolved to this day.

The mystery of the Voynich Manuscript, an early 15th century text, has been occupying linguists, historians and others since 1912 when Wilfrid Voynich, a rare books dealer, brought the manuscript to London from Italy, where he had purchased it. Past owners included Holy Roman Emperor Rudolf II and John Dee who was the infamous astrologer at the Court of Queen Elizabeth I. Today the manuscript sits in the Beinecke Rare Book and Manuscript Library of Yale University.

Historians, linguists, mathematicians, code-breakers and other scholars have tried to identify the language on which the manuscript may be based and experts have suggested many different ideas including Latin, Czech and even  Nahuatl (spoken by the Aztecs). Only last year a new theory was introduced by an Egyptologist who has concluded that the text is probably Hebrew, Arabic or Aramaic because those were the languages that were spoken by scholars in the Middle Ages.

To add to the mystery, some scholars believe that the manuscript is a forgery and the text is a hoax. But since there doesn’t seem to be any reason for such an elaborate hoax, most researchers assume that the mysterious manuscript is authentic and that it will take a more advance algorithm than exists today to solve the secrets of the Voynich Manuscript.

For some, the assassination of John F. Kennedy was straightforward. On a trip to Dallas Kennedy was riding in a motorcade when rifle shots from a nearby building struck and killed him. It was determined that the shots came from the Texas Book Depository building along the parade route and the shooter, who was determined to have been Lee Harvey Oswald, was arrested. While being booked he was killed by Jack Ruby, a strip club owner who happened to be in the police station when Oswald was brought in and was enraged at seeing the killer of his beloved president.

The Kennedy assassination was investigated at every level including by a Presidential Commission set up by Lyndon Johnson, Kennedy’s successor and headed by Chief Justice Earl Warren of the US Supreme Court. Yet many mysteries still surround the assassination and many people are convinced that the truth has not been told.

Some of those questions include: