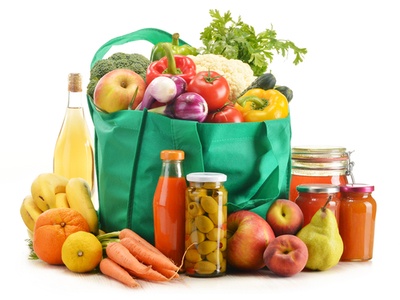 Most consumers don’t want to see their money go to waste.  Yet research shows that  grocery shoppers tend to buy more than they need. What happens to the extra groceries? Some groceries can sit on your shelf for months and suffer no bad effects. But other food products spoil if they aren’t used within a specified amount of time.

Sloto Cash Casino wants to help you save money so that you can enjoy the savings and spend it on things that make you happy.  The casino recently invited players from around the world to share their hacks for making groceries last longer. Some of the most useful ideas include:

To keep potatos fresh for as long as possible, you want to keep them away from chlorophyll. But putting them in a dark area that simulates their dark and moist growing environment makes them sprout which eventually causes them to rot. You want to store them in a  dark, dry and cool area such as in a cupboard or a pantry. Dry basements or cellars are an excellent solution – the main thing is that the temperature be low and constant. Don’t store potatos near the sink (moist) or in the fridge (too cold).

Potatos shouldn’t be left in a plastic bag because that promotes moisture. When you come home from the market, place the potatos in a basket, mesh sack or open paper bag where they can breath.

Advice to turn containers of cottage cheese and sour cream upside down sounds like an old wives tale but there’s a scientific basis to the suggestion that will help you keep these products fresher longer.  When you store sour cream and cottage cheese upside down, you create a vacuum effect inside the container which slows down the growth of bacteria.  It’s the bacteria that causes these foods to spoil so…..less bacteria, less spoilage! If you are worried that the lid isn’t on tight enough, place a plastic bag over the container before flipping it.

If you’re tired of looking up recipes for banana bread and banana cake so that you don’t have to throw away bananas that have gone over-ripe, wrap each banana stem in plastic.  That will help contain the ethelyne gas that bananas produce while they are ripening. If the ethelyne gas doesn’t spread as quickly to the other parts of the banana, those parts won’t ripen as quickly and you can extend the shelf life of your bananas for an additional three to five days.

Conversely, if you have something that needs to ripen quickly, like an avocado, put it in a bag with a banana to hasten the ripening process.

Like bananas, tomatoes produce a high level of ethylene which makes them ripen. However, if you don’t want to have over-ripe tomatoes, don’t store them in a plastic bag where the ethylene will hasten the ripening process.  Conversely, if you want  the tomatoes to ripen faster, put them in a plastic bag and to get them ripening even more quickly, add fruit – which emits gases that cause the ripening to occur more quickly -- to the bag.

As with milk, it’s not a great idea to store ice cream on the door of the freezer because frequent openings will cause the ice cream to melt and then re-freeze which makes the texture of the ice cream deteriorate.  Place the ice cream well back in the freezer and put the container in a plastic bag…..that will keep the cream from freezing solid so it will be more creamier and easier to spoon out.

Nut butters can go rancid after being stored on a pantry shelf for a few months.  There are 2 options – either store them in the refrigerator or else, turn the containers upside down so that the nut butters’ natural oils drain to the bottom. Best is to turn them upside down and also store them in the fridge.

Mushrooms are quite sensitive to moisture in the air and storing them in a plastic bag will trip moisture and hasten them becoming mildewed and rotten. The best way to store mushrooms is in a cool dry place. If you need them close at hand while you’re cooking, stick them in a paper bag in the refrigerator to get the maximum shelf life out of them.

You don’t even have to buy scallions and leeks after the first purchase!

To regrow scallions, use the green shoots for your dish and stand the bulbs, with the roots attached, in a small jar. Keep the roots moist – you don’t have to fill the jar with water but the roots should be submerged in water – the jar should be in a sunny spot and the water should be changed once a week. Green shoots will grow from the top of the bulbs and slowly, you’ll have a whole new crop of scallions.  Repeat.   (You can also plant the bulbs in dirt in a window pot or a garden)

If your honey has hardened to the point that you can’t spoon it out easily, put the jar in a saucepan with water and boil the water.  The heat on the glass (works with plastic too, but the plastic may melt a bit and mis-form) causes the honey to retake its original gooey consistency.  You can re-melt the money numerous times.

Carrots will last for quite a while if you cut the carrots off at the stem and store the carrots in the refrigerator in a jar of water.  Make sure that it’s a tall jar where the carrots are completely covered or slice up the carrots and put them in a smaller jar. The goal is to have the carrots covered with water.

Raisins (currents, sultanas, etc) can become dry if they’re left exposed to air.  Raisins should be stored in a plastic container.  However, if your raisins have dried out, soak them in boiling hot water for an hour to revive them.

If you have a herb garden and want to get full benefit of your harvest, freeze your herbs. You can chop them up and freeze them in ice cube trays which makes it easy to grab a cube or two when you’re ready to use them.  Alternately, you can just put them in a plastic bag and defrost them as needed.

You can also immerse the herbs in olive oil and then freeze the olive oil in containers or, again, in ice cube trays.