12 of the Strangest Laws in America 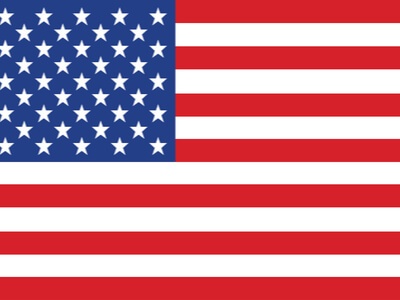 If you’re surfing the net looking for some interesting tidbits, go no further than the subject of crazy laws. Many of these laws made sense when they were written but decades, sometimes centuries later, you might find yourself scratching your head in amazement that no one thought to take the laws off the books.

Sloto Cash online casino suggests that you take a break from work, family responsibilities and gaming events to take a trip through history as you marvel at states that  made it illegal for a donkey to sleep in a bathtub or  for friends to surprise their buddies with a surprise pizza.

Town officials in Quitman, Georgia got tired of fowl droppings on their public roads so they passed a law that makes it illegal for anyone to let their chickens cross the roads. The law also prohibits allowing another domestic fowl from crossing the road but it’s still called Quitman’s “Chicken Law.”

Many cultures have legends about mythical giants. The famous legends of Bigfoot surprisingly, can be traced back only to 1958 when a local newspaper gave the name “Bigfoot” to an account written about an ape-like creature that was reported in a number of sightings. Regardless, stories of such Sasq’ets can be found among the Sts’ailes First Nation.

Scientists largely discount the existence of such a creature but the possibility of its existence was enough to persuade lawmakers in Skamania County, Washington State, to pass a law in 1969 that outlawed slaying Bigfoot under penalty of 5 years in jail.

It’s illegal for a donkey to sleep in a bathtub in Arizona. The law was passed about 100 years ago after a dam broke. The flood engulfed a rancher’s home and his donkey, who was accustomed to sleeping in the bathtub, was whisked away by the rising tide. The town worked for hours to rescue the donkey and then passed a law that made it illegal to allow a donkey to sleep in a bathtub.

It’s illegal to drive while blindfolded in Alabama.  No one knows the origins of this law but evidently, driving blindfold was once a “thing” because Luxemburg has the same ordinance. Some pundits have suggested that there was once some kind of “drive-while-blindfolded” contest craze that prompted authorities to pass the law but no one knows for sure. By the way, in Denmark, drivers are required by law to check under their cars for children and animals before starting the engine.

New agers and their practices aren’t welcome in Yamhill Oregon. Yamhill has made it illegal to practice “occult arts” including (but not limited to phrenology, astrology, fortune-telling, clairvoyance, spiritualism, mesmerism, palmistry, etc. Yamhill defines “occult arts” as any practice that is recognized as being unscientific or unsound “whereby an attempt or pretense is made.” If you want to practice any of the above, you can go somewhere else but don’t move to Portland if you have an exotic animal – Portland has banned wolves, bears, apes, leopards and jaguars from city limits.

Oklahoma has a state law that makes it illegal to eavesdrop and then pass on the resulting gossip. No National Inquirer stories in Oklahoma!

A woman living in Kentucky cannot marry the same man more than three times.  Teens can get married in Kentucky from age 15 and onward with the consent of a count.

In Massachusetts you need a license to work as a fortune teller.  The law originated in the days when traveling circuses used to move through towns and villages, offering fortune telling services.  To try to get a handle on what they regarded as fraudulent behavior, lawmakers passed the law that required that fortune tellers and other such services be licenses.

Today, you only need to pay a licensing fee and prove proof of residence to get a fortune telling license. However, a number of people who have tried to get a license say that they run into a stumbling block in that clerks at many Massachusetts’ city halls have never heard of such a licensing requirement so they don’t know how to proceed in giving out such a license.

Mississippi, the state with the highest obesity rate in the country (40.8 percent) passed the Anti-Bloomberg Bill which bars locales in the state from enacting any rule that would require that portion sizes be capped, calorie counts be posted, nutrition information be given or toys not be added to kids' meals.

The bill was seen as a backlash against the attempt of NYC mayor Michael Bloomberg’s attempt to make it harder for NYC restaurants to fatten New Yorkers with these tactics. The bill was supported by the small business and beverage group, the chicken farmers' lobby and the restaurant association of Mississippi. In a state where one in three adults is overweight, the bill makes everyone happy except for health advocates.

If you’re going to rob a bank, kidnap or assule someone or commit any other type of crime in New Jersey, don’t wear a bullet proof vest while you’re breaking the law.  In addition to all the other charges that will be filed against you, you would have to defend yourself from New Jersey’s law against wearing a bullet-proof vest during the commission – or attempted commission – of a crime. In fact, it’s a separate charge.

Snake handling used to be a part of church services in the rural south many years ago. To discourage the practice, the state passed a bill saying that anyone using a reptile in a religious service would face a fine.

In 2011 Tennessee passed a law that make it illegal to share a Netflix password.  The law was aimed at scam artists to hack into accounts and sell the log-in credentials of the users in bulk.  However, the way that the law was worded meant that if you share your Netflix password with someone who doesn’t live under the same roof as you, you can also be prosecuted.