Sloto Life: Living together in the 21st century

As featured on Sloto Magazine Spring 2020

There are millions of millennials that are born in a world full of bright screens. They will grow up confident that smartphones, computers, the internet and AI are the standard way of things. The younger generations will have a hard time believing we had to visit libraries to read encyclopedias in order to find out answers about the world, or buy stamps and write handwritten letters to post in the mail.

Technology is advancing at an incredible pace and with such sudden change there are some reasons to be wary of the future. The very foundation of our modern world is at stake, namely: democracy.

It has only recently become apparent that the way democracy works might not be the most fair. Remember a time when women, indigenous people or slaves had no say in the democratic process? The same exclusion is happening today, but with a different kind of population: the unborn.

Changing governments every 4 to 5 years does not inspire politicians to look at the long-term. They mainly focus at the issues here and now. The last 120 years have seen great development but at a great expense. The biosphere has been decimated: forests cut down, oceans contaminated, mountains of trash scattered through the globe. Now, with the climate crisis, we are reaching the very end point of terribly short-sighted policies that focus on profit and endless economic growth in a planet with finite resources.

Who will have to pay the bills of our wrongdoing? Our children, of course! Democracy must reinvent itself so there are policies and laws in place that defend and protect the interest of future generations.

Democracy is also at risk at another front. The internet has permitted our lives to change so quickly and effortlessly, that most people take it for granted that it is an essential tool in our modern world. But it is a double-edged sword. Through social media, corporations and ill-intended governments can harvest endless information about its population. With this information they can target ads in social media that are in fact forms of propaganda.

The case of Brexit is now infamous, where, through careful targeting, pro-Brexit leaders targeted ads, videos and campaign images to millions of people in the U.K; possibly swinging the vote in their favor.

Another big issue is the power of algorithms used today to determine what content you view in social media and online websites. Which film will you watch next is determined by a computer algorithm based on its criteria of what you’ll like to watch. What person you are going to date next can be influenced by the same AI technology fueling most date apps and sites.

If we are not careful, soon this technology will be responsible for every major decision in your life: where to study, where to live, who to marry and whom to vote for.

We are at a crossroads in human history. Historian Noah Harari has stated quite clearly: we are hackable animals. Powerful corporations and governments can manipulate your life with the new technology available.

It is time to question many of the assumptions of our modern life and begin building a safer world for us and future generations!

5 Ways to Make A Difference To The Environment

Although some people deny it, even the actions of one single person can have an impact on the environment around us. Simple changes to our routine, or also by spreading the word about the good of recycling and choosing to walk instead of using the car, end up having a better impact than just doing nothing.

Get inspired this year and implement these steps to your daily life:

Let’s try and make our world a better place without being so jaded about it. Every revolution begins with one single step. Join in!

Now that spring is about to start, one of the most rewarding ways of spending your days is to start planting a garden to benefit your own health. Whether it’s indoors or outdoors gardening, at home or for your community, the proven benefits of gardening have made it a very popular hobby. Let’s take a look at some of the surprising benefits of gardening:

Spring has finally sprung and it’s time to head outdoors and think about planting vegetables, flowers and tons of healthy thoughts into our gardens and souls! 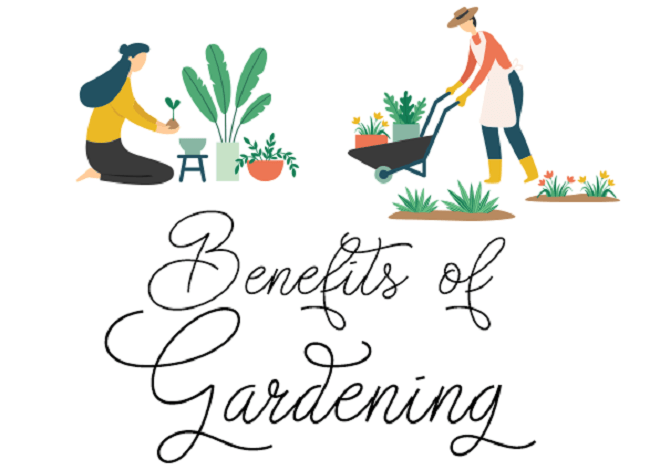