Indulge Yourself Playing The Nicest Xmas Bonus Yet! 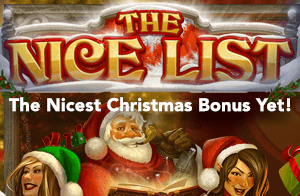 Christmas is finally here and at Sloto’Cash, you will be able to give yourself the best gift of all with a seasonal prize that awards joy, cash, bonuses and extra spins on ‘The Nice List’!

This slot brings the spirit of Christmas to life in its 5x4 grid with 50 active paylines where matching symbols can translate into real cash.

Claim up to 225% match bonus and get dozens of free spins and get ready to enjoy a Merry Christmas all month long! 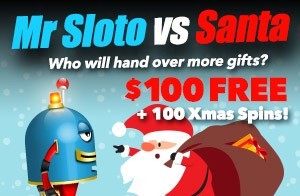 Mr. Sloto wants to celebrate the holiday season like never before – that’s why this year he’s decided he’s actually going to be Santa! Well, he’ll try his best anyway! Will he give away the best gifts?

Join in as Mr. Sloto tries to impersonate Santa and gives away the merriest of presents including a $100 gift after + 50 spins on top!

Kickoff the holiday festivities with Mr. Sloto playing the role of everyone’s favorite character of the season, Mr. Santa Claus!

Get started with your $25+ deposit. All offers hold 30x roll over.  Spins game: Big Santa. All deposit offers hold no max cashout. Win up to $500 Extra with your free chip coupon! Valid until December 31st. 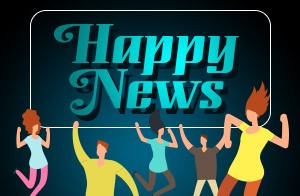 Say good morning to a bright beautiful world. Mr. Sloto brings you news of hope and positivity to light up your day!

A man from Manitoba, Canada had bought a Lotto ticket and stuffed it in the back of his wallet, soon to forget about it. Over a month later, while visiting a gas station, he noticed the ticket and asked the salesperson to scan it. To his surprise, the salesperson told him this was the missing ticket.

“I saw two and a bunch of zeros and thought, ‘Cool! I won $20,000!'' he said. The salesperson scanned it again to confirm the prize and it with more zeros than he initially saw, “That’s 20 and six zeroes—$20 million!”

The winner wants to spend part of his newfound fortune for his dream project on Big Stone Lake in northern Manitoba, where he would like to build cottages that will serve as a treatment center or a wilderness experience for guests.

Michael J. Fox, known for his roles in the Back to the Future films, was diagnosed with Parkinson’s disease at the age of 29. He has createdThe Michael J. Fox Foundation which has raised over $1.5 billion in search for better treatment and ultimately a cure for Parkinson’s disease. One thing Fox is sure of: He says he won’t stop fighting until there’s a cure.